Home Blogs Complicated Game – Inside the Songs of XTC by Andy Partridge and... 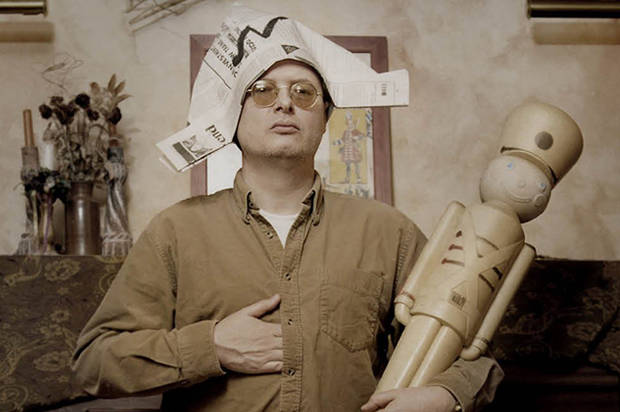 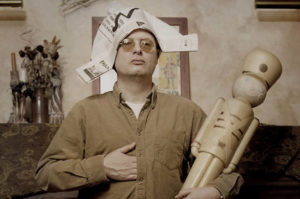 Where do you start a review of the book that XTC fans will devour? Well, by saying that this book will appeal to any songwriter, XTC fan or not. Andy Partridge, the master craftsman of the songwriting art, gives the slow reveal on some of XTC’s finest gems and in the process, offers a rare glimpse into the thought processes behind them. The book is based on a series of interviews that co-author Todd Bernhardt conducted with Andy Partridge, many of which appeared on the XTC fan site Chalkhills.  Thirty songs are covered and the probing questions of Bernhardt ensure that, alongside the minutiae of each song, anecdotes and incidental remarks combine to build a picture of the development of XTC, one of the finest British bands to emerge in any period.

Bernhardt was not working to any word-limit when he conducted the interviews so the conversations between him and Partridge are detailed enough to satisfy the most curious. There are plenty of explanations about the genesis of songs here as thankfully Andy Partridge still seems to have all his original notebooks. He can remember messing around to produce chord structures and often illustrates with anecdotes about where he was living at the time, or the current situation of the band. The view from a rented flat window, with caravans that never moved, was the inspiration for Respectable Street. It’s also interesting to read that, three albums into their career when Partridge was writing that song, the band where still virtually skint.

Having read two previous books on XTC, (Chalkhills and Children and Song Stories), I would have no hesitation in recommending this as being light years ahead of those. It’s probably the closest thing we’ll get to an Andy Partridge autobiography and in some ways it’s possibly better even than that would be as this reveals the full spontaneous creativity and wit of the man in a relaxed conversational style. Without labouring the point again, the chemistry between him and Bernhardt, a drummer himself, works very well. Bernhardt’s knowledge of the band’s music is clear and through his questions he’s able to reveal the guts of the songs and, among other things, sees that the powerhouse drumming of Terry Chambers gets the credit it deserves.

Speaking of credit, and without wishing to open a line of debate that could apply to a number of bands, Partridge makes a moot point while discussing Jason and the Argonauts from the English Settlement album. While it’s interesting to learn that the song is a metaphor for the travelling of the world that the band were doing, he also responds to Bernhardt’s point about the clever lyrical imagery by saying that in Britain the band were viewed by many critics as being “smart-arsed”, particularly in comparison to what Partridge goes on to say were “fake politics” in the lyrics of a number of his contemporaries of the time. Undoubtedly there is a feeling that XTC were never embraced in their homeland by the music press the way some much less talented bands seemed to be.

The theme of Punk is also developed when discussing This Is Pop, and as one of the key participants in the scene, the views of Andy Partridge are essential, even if they may not chime with those of some chroniclers. This Is Pop was written as a response to attempts by the music press to try to categorise and label the growing musical movement when Partridge believed it was just another brand of pop music; “I like the energy of punk, but I didn’t need to pretend to be stupid. I could play to a certain degree and I didn’t see the need for pretending to be unable to play”.  He also recalls being underwhelmed by first hearing Anarchy in the UK, describing it as ” like a slower version of The Ramones or The Monkees with a bit more fuzz”. If you like your music history unvarnished this book is for you!

With a chapter for each song, you can dive in and out or check out things you’ve always been curious about, however, I feel the book works well as a chronological narrative where the sometimes complex history of the band emerges gradually. The humour of Partridge and his love of wordplay is ever present and, to stress again the strength of the interview approach, his throwaway comments are cleverly developed by Bernhardt sometimes to add trivia, and other times to reveal some previously unknown issues of great significance. None more so than a childhood recollection during the Dear God chapter that will fascinate anyone who has ever enthused over this most striking of songs. It’s also interesting to learn the reason this track was originally left off Skylarking was not because of fears of a backlash (although that seemed upmost in the minds of Virgin’s management), but because Andy Partridge felt he had not done the subject justice and saw the track as a failure. As one who can still remember the ’shiver down the spine’ impact on first hearing it as a B-side to Grass, that is some revelation.

Trivia-wise we learn that the yell by Partridge during No Thugs In Our House is a result of his almost superhuman roaring ability that brightened many an hour in the XTC dressing room while on tour. However if one chapter was to be chosen as evidence of the real strength of this book, it would be the one focusing on Senses Working Overtime. Andy Partridge’s explanation of how he hit on the idea and then developed it into the modern/medieval masterpiece the song became is pure gold dust to an XTC fan. Crucially however, it would also serve as a self-help manual for any aspiring songwriter who had never heard XTC.

Don’t forget though, that you would also need the crucial element of genius that Partridge has always provided and which shines through every page of this engrossing collection of interviews. Rumours abound that if this sells well then a second volume may be published, that should be enough of an incentive to get reading without delay.