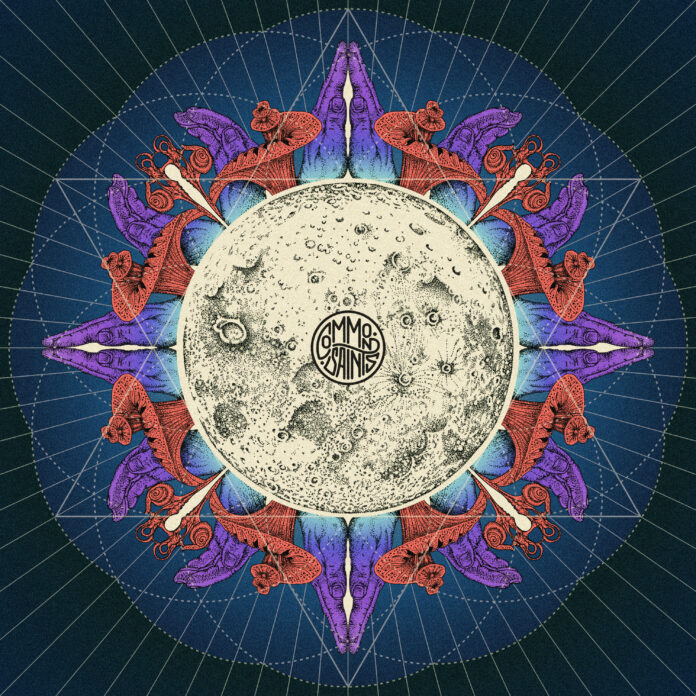 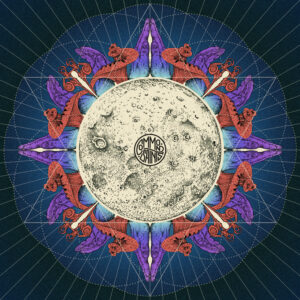 It’s all going on in Common Saints’ second EP release, Starchild. From psych soul to shimmering ballads, these are tunes delivered by a voice and musicianship that is probably too good to be legal. Gordon Rutherford reviews for Louder Than War.

Let’s be clear, I am not for one moment putting Charlie J. Perry on the same pedestal as Prince. The latter was god-like genius and, forgive the cheesiness, nothing compares to him. However, Common Saints’ second EP, Starchild, does conjure up fond memories of his royal purpleness. Let’s begin with the scale of his unconstrained ambition which means that nothing is out of bounds with these five genre-defying tracks. Ambition is one thing – the ability to pull it off is quite something else. Multi-instrumentalist Perry does so, thanks in part to his sheer versatility and technical brilliance which allows him to play virtually everything on this EP. Whether hitting the kit or tinkling the ivories, he would appear to be something of a master of all trades, but it is his searing guitar that is particularly extraordinary and has to be checked out to be believed. Moreover, not content with taking responsibility for ninety-nine per cent of the music, he also delivers the lyrics with an awe-inspiring voice that features a falsetto that could shatter wine glasses. Topping it all off, he excels behind the desk on production duties. We should question whether it’s legal to have so much talent across such a broad spectrum of activities.

South London based Perry is perhaps best known as a producer and in recent years he has worked with the likes of BTS, Jorja Smith and Maverick Sabre. Last year, however, he took the decision to diversify and, under the Common Saints moniker, he released his incredibly well received debut EP, Idol Eyes. Now Starchild sees him move into slightly different territory with heavier, more emotion-laden themes. It’s fair to say that it represents an evolution in a musical sense too.

The Starchild EP opens up with the lapel-grabbing urgency of Fastlane, which sounds precisely as the title suggests it should. Immediately, Common Saints are in the groove, Perry’s falsetto riding high over his incessant beats. It’s a deliciously swirling, kaleidoscopic slice of psychedelic soul; a high-energy trip that urges you to get off your butt and dance. This glorious introduction is followed by the title track, Starchild. Again, to the fore we have Perry’s incredible falsetto. This time, however, it cruises atop a mellow, laid back air. It’s lusciously dreamy and trippy; the perfect song for lazing on a summer day. Yet there is a really interesting counterpoint in the form of the song’s lyrics, because whilst that music is evocative of a picnic in June, the words are asking “is there sunlight/I can’t say the sun will rise”. It’s on this tune that we are first introduced to that Prince-like fretwork, scorching and blazing out of the speakers.

Mystic runs a real seventies soundtrack vibe. For this track, Perry passes the sticks to Winston Williams and he delivers his sharp and funky rhythms whilst Perry’s lead guitar wails magnificently and melodically. There’s much to commend the first three minutes of Mystic, however we have a way to go before its completion. It’s the longest track on the EP and, for my ears, it felt a little overlong. Because of that, Mystic is probably the one mis-step on this particular release. As an aside, as those superfluous minutes unfolded, the tune took on quite a proggy feel, which, if nothing else, reinforces my point about the versatility of Common Saints. Conversely, the following track, Dreams, ended much too quickly for me. I could’ve listened to this soulful ballad, the standout track on this EP, for a lot longer. It’s the perfect vehicle for that gorgeous falsetto of Perry, combined with his stunningly beautiful guitar work. In many ways, Dreams reminded me of the great examples of eighties Euro-pop/soul.

The EP closes with another fine track. The Mystery is the collection’s shortest song, yet it oozes infinite variety within its three and a half minutes. In fact, this is a tune with more gear changes than Lewis Hamilton circumnavigating Monaco. It morphs from a shimmering seventies soul ballad to a stadium anthem and back again. It seems to be an implausible marriage of influences with Chicago, Lionel Richie and Johann Sebastian Bach all hovering over it. Perry navigates between rippling piano and electrifying guitar and whilst it’s not the best song on the EP, it is probably the ultimate showcase for his virtuosity.

There’s a saying that good things come in small packages, which makes the EP format perfect for artists seeking to build a reputation. That’s certainly what Common Saints are achieving in this admirable small package. The unreserved ambition and versatility of Common Saints undoubtedly marks him out as one to watch and we can probably be certain that any future Common Saints release will never be mundane. Allied to that, you have the technical brilliance of Perry who possesses such a voice and musical ability across a wide range of instruments that some investigations should be taking place around whether a deal has been done at midnight with the forces of darkness. Apparently, a Common Saints album is pencilled in for late 2022. Based on this EP, it can’t come quickly enough.

Common Saints can be found here and on Instagram.