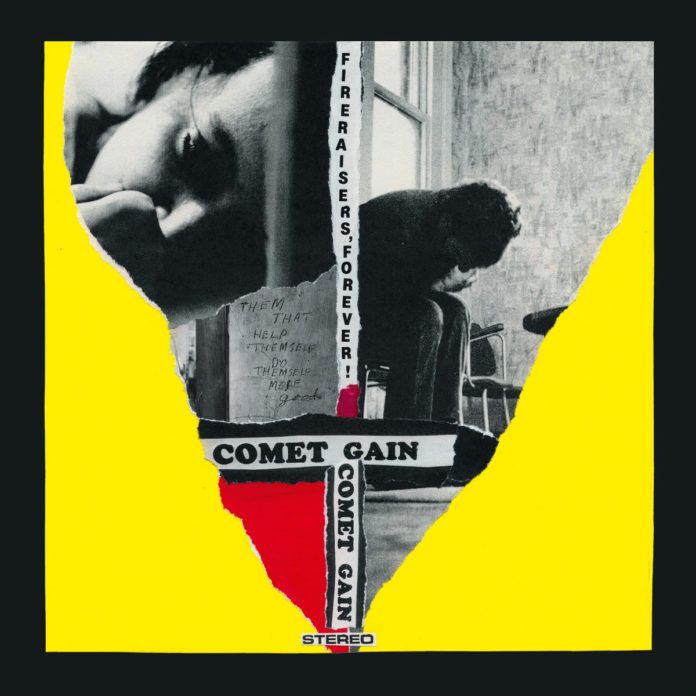 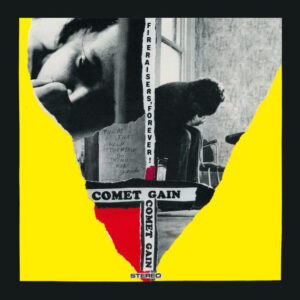 Here comes the beat of the broken street… ‘respected and influential indie-pop veterans’ Comet Gain have been around since 1992.  Ged Babey can’t believe he has missed out on them, until now, when they release one of the most pissed-off and depressing works of genius this year.

So Comet Gain is still alive longer than we should – still trying to be a collective and an idea emerging every now and then with the same grumpy erratic sounds – this one’s louder than the last one but sometimes maybe quieter. It’s made from an amazement that the hate mind is winning and we’re not doing anything about it – we’re still voting for these bozos and not burning the whole ugly facade to the ground. And it’s filled with love and rage.

This is a great album, essential listening for the pissed-off idealist who should’ve had it all battered out of him/her by now.

WE’RE ALL FUCKING MORONS... was the song which stopped me in my tracks in 2019. To me, it’s like an Anarchy in the UK or Ghost Town in that it sums up the fucking state of the fucking nation in a song.  Despite the FINGER POINTING STRAIGHT AT YOU – it is WE, instead of You….because we, most of us, let this happen.

Comet Gain don’t have any answers other than a sneered slogan like  But if we all spit together we can drown the bastards.

Who are the ‘We’?  Well, Housewives and postmen, midwives and drivers, singers and bruisers, anarchists and schemers, day-dreamers…

Comet Gain are as influenced by the Situationists as Rotten-via-McClaren but instead of wanting to destroy passers-by they are watching them destroy each other and despairing.

I don’t want to believe that you have to spend your lives on your knees...

Comet Gain eulogise and mythologise their own past on the other songs but don’t spare their peers.  Old Mods with bellies and hair like shit.  And dwellers in the past are advised on how to best deal with their aspirations. In a time machine  you could fuck-off forever

Affairs of the heart are examined and the conclusion arrived at is Love lives are meant to be largely dreamt.

The most desperately sad part of this album is a mention by the narrator of a son he rarely sees … and in the fanzine-style cut and paste sleeve notes a letter to the son apologising for being a shit dad and explaining that he, in turn, had one too …. its fuckin’ heartbreaking.

I don’t know if Comet Gain have always been this good or whether a kind of fucked-up wisdom has come with age… They seem to have been a cross between the C89 Generations TV Personalities meets Huggy Bear. (They include a former member of the girl/boy revolutionaries…) Yet retain old-school hipster obsessions with Beach Boys bootlegs, French movies and pointy boot, stripey t-shirt and bowl-cut combos..

The sound of this album made me prick up my ears;  Mekons, the Flaming Stars, Billy Childish plays the Velvet Underground via…And Don’t the Kids Just Love it... and a load of others. It’s raw, musically and emotionally.

The Girl With The Melted Mind And Her Fear Of The Open Door is a beautiful title and an equally good piece of garage psych.   Your Life On Your Knees and  I Can’t Live Here Anymore are the sort of song only Dan Treacy could once write.

The songs about Victor Jara and The Godfrey Brothers are exercises in obscurantism and in-jokes a few will ‘get’. I don’t, but even the best albums have a couple tracks you skip.

Overall though Fireraisers Forever hits home and makes it’s point.  It’s too late for pussyfooting and niceties.    We’re fucked and it’s the morons fault but we have to shoulder some of the blame.

So let’s listen to some songs of love and rage before ‘the present makes a memory of the future’.

Buy from the label   Or from bandcamp