With Focus Wales 2015 only weeks away, Kevin A. Steen previews the comedy side of the festival.

Building upon the successful introduction of comedy to FOCUS Wales festival in 2014, FOCUS Wales 2015 will see the likes of HENNING WEHN, RAY PEACOCK, SEYMOUR MACE, plus many more entertain audiences at Grove Park Theatre, and William Aston Hall at Glyndwr University.

FOCUS Wales are working alongside Glyndwr University to welcome the German comedy Ambassador, HENNING WEHN to Wrexham on Thursday 23rd April, at 7.30pm.

As Henning’s assimilation into British society is not yet complete, he hasn’t lost his sense of Westphalian wonderment at the foibles of British society. Expect a crash course in personal accountability and have a right old laugh at the same time! Wunderbar!

The next two nights of comedy are sponsored by The Leader, and take place at Grove Park Theatre. Friday night sees British comedian and actor SEYMOUR MACE take to the stage, best known for playing Steve in the BBC sitcom Ideal. Seymour was City Life Comedian of the Year in 2003 and Best Breakthrough Act at the North West Comedy Awards in 2004. 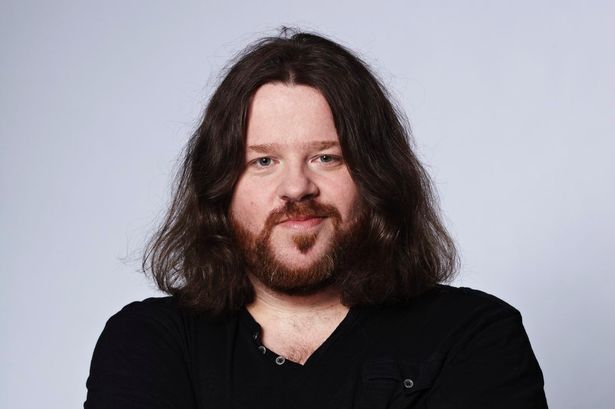 On Saturday night RAY PEACOCK will be entertaining the crowd at Grove Park Theatre. Peacock is a highly acclaimed comedian, having sold out countless Edinburgh Fringe shows, had numerous TV appearances, and worked alongside comedians such as RUSSELL HOWARD and MATT LUCAS. “Incessantly hilarious” “Unrestrained silliness, uninhibited childishness”

PLUS a new addition to the festival for 2015 is a day time family show at Grove Park Theatre on Saturday 25th April. The show is free for children under 12 and will feature music and comedy from SILKY + special guests from 1pm. What a great way to get the family involved in laughter.

I will be sure to catch the majority of the comedy to provide some light relief to watching at least 50 artists perform over the festival, just wish I was able to be everywhere at once.

Louder than war will again provide extensive coverage this year for what is becoming one of our favourite festivals in the UK.

Tickets are on sale now at the following link: focuswales.com/tickets.

Further reading – also check out this post we put up about Focus Wales 2015 previewing the whole shebang and this one about the new Manic Street Preachers film which is to have a special screening at Focus Wales.

FOCUS Wales 2015 takes place on the 22nd, 23rd, 24th and 25th April across various venues in Wrexham, North Wales. It’s website is here: focuswales.com and it can also be found on Facebook and twitter, as @focuswales.

All words by Kevin A. Steen. Kevin’s Louder Than War author’s archive can be found here.