Home EP Reviews They Come For You In The Night: Selene EP Review 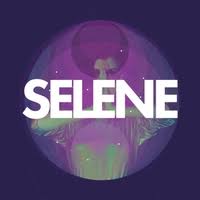 They Come For You In The Night

They Come For You In The Night (what a great name!), are a duo based in Coventry, consisting of singer/song-writer Alice Weston and multi-instrumentalist/sound engineer Daniel Faulkner. Selene is their debut EP and has a sound that is synth-wave, with hints of industrial and goth mixed up with droplets of dream-pop, like an alternate film noir scored by a geeksters paradise. It’s Gary Numan mixed up with Cocteau Twins. But these allusions are only to give you a feel, They Come For You In The Night are their own beast.

Selene is a collection of songs set in a parallel world, where we went into space in the 1920’s and Egypt has been a superpower since the days of the pharaohs. It’s a conceit that creates a mystical, dreamlike, almost steam punk feel, though the quality of songs is never sacrificed to the complete vison.

The EP opens with Don’t Let The Night Be Starless which has a hard, heavy, pounding beat, which conjures up a night city, the neon glare of cityscapes and the industrial beat of brick and steel. Keyboards bubble up like a brightness through the narrow streets. Then the voice, yearning, floats over the heaviness, offering beauty in the harshness. A solitary voice in a city wilderness of industry. As it builds up, lightness begins to pour through the music. Next track, Glitter, starts with heavy chords like a bleak city morning dawning, before a great bass riff cuts through it like an awakening, echoing like an alarm call. The music has a mystical sound. Enigmatic. Haunting. The light but beautiful vocals are juxtaposed against the sweeping synths and the blunt bass, to create a dreamscape of subtlety and beauty.

Compass reminds me of Enya with it’s folk feel, like a sea shanty. It’s simple yet affecting. Next up, Plastic City, is a neon city dream of flashing lights and crowds walking in the incessant rain, like the streets of LA in Blade Runner. The EP is concluded by the title track, Selene. It has an anthem like start, as though an announcement is to be made, a siren call. There is a scratchy noise and a syncopated drum beat, over which the vocals swim. Strange sounds bubble behind the vocals then suddenly a pop song emerges.

They Come For You In The Night have created a debut EP of atmospheric, ethereal and danceable music. There is enough musically here to reward repeated plays, and Weston’s vocals are beautiful and enigmatic.

A band well worth keeping an eye on.
Upcoming live dates

1 September – Sebright Arms, LONDON – Zkeletonz w/ support from They Come For You In The Night

28 September – Backhaus, COVENTRY – Invitation to Love w/ support from They Come For You In The Night