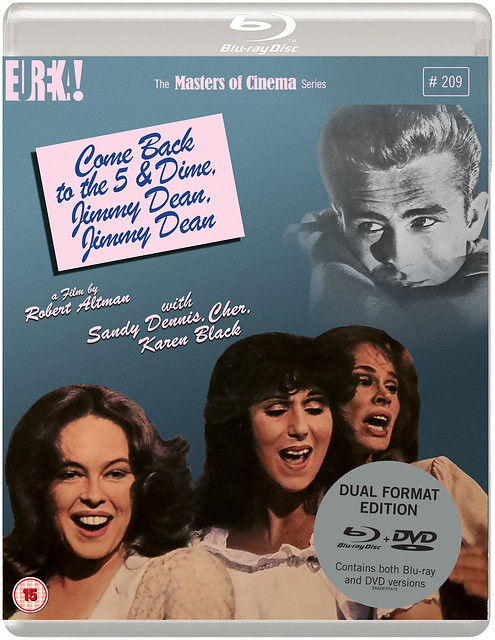 In the wake of the critical drubbing of his film Popeye (1980), director Robert Altman relocated from Hollywood to New York to initiate a new phase in his career.

His plan was to work in the theatre and adapt stage plays for the big screen. He also vowed to never do another film for the big studios. ‘My work is too precious to me,’ he told New York magazine. ‘I’m not going to make those kinds of compromises. I’d rather do what I want to do, take a chance, and lose.’

Striving for much greater levels of creative control over his work, he embraced the low budget aesthetic and sought to distribute his films independently.

The first example of this new direction would be Come Back to the 5 & Dime, Jimmy Dean, Jimmy Dean (1982).

Presented originally at the Player’s Theatre in Columbus, Ohio in 1976, Altman brought Ed Graczyk’s play to Broadway, the experience convincing him of its cinematic potential. He retained the same cast for the film, and let Graczyk write his own adaptation of this drama about secrets, lies and obsessional fandom.

It’s set in a near permanently parched part of Texas called McCarthy, which is heading fast towards ghost town status. Although it would be hard to tell from the set, it opens in 1975. The eponymous store is, twenty years after his fatal car crash, still something of a shrine to James Dean and it is just about to play host to a gathering of fans, the self-styled Disciples of James Dean, to mark the twentieth anniversary of his death. 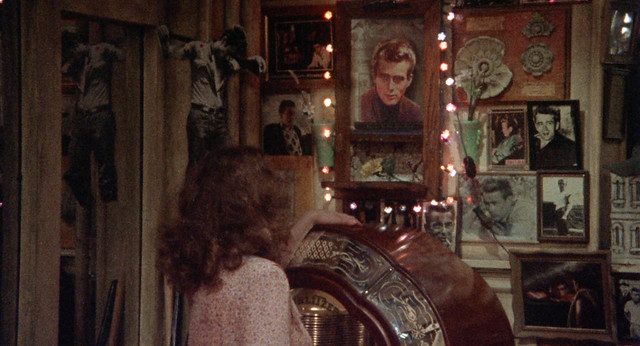 There’s Sissy (Cher), a wise-cracking waitress, immensely proud of what she likes to call her ‘bazooms’; Mona (Sandy Dennis), a fragile woman who suffers from asthma and claims that the father of her son was James Dean – the fact that Dean was gay presumably not having been widely known in the mid-1970s.

Marta Heflin is shrewish Edna Louise; and Kathy Bates is loudmouth, hooch-swilling Stella Mae. Finally, there is Joanne (Karen Black), the most glamorous and together of the women, who is also the one whose life has changed most in the intervening years.

The action alternates between 1955 and 1975. Initially, this is a little hard to follow, despite an ingenious set design aided by a two way mirror and some imaginative lighting. Altman doesn’t bother attempting to make the thirty and fortysomething actors look younger in the flashbacks. Instead, they act being the high school students of yesteryear. 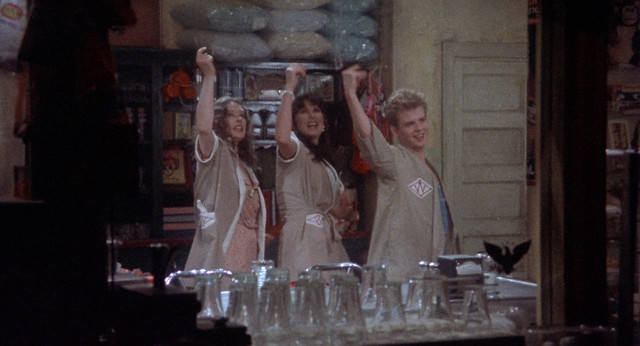 As Travis Crawford points out in an essay in the booklet that accompanies this release: ‘Their nostalgia for lost adolescence is all the more poignant when we see that romanticized period of their lives incarnated by their aging modern day realities.’

It really is a fine ensemble cast. Strange as it might seem now, at a time of taking creative gambles, one of the biggest risks Altman took here was choosing Cher – then an acting novice – for a starring role. In any discussion about successful singers who went on to excel at acting too, she definitely deserves a mention.

As always, Karen Black is excellent, but best of all is Sandy Dennis, who supplies a performance that is right up there with her role as Honey in Who’s Afraid of Virginia Woolf? (1966)  Jittery and extraordinarily insecure, Mona’s devotion to Dean has never wavered and the solemn pledge she made as a teenager to love James Dean until the day she dies is still one she intends to uphold.  One minute she’s a wallflower, the next she’s spitting out some barbed invective. ‘You’re just jealous,’ she declares at one point to her fellow Disciples, ‘because I was the one who was chosen to deliver the son of James Dean!’

You won’t forget this performance in a hurry. 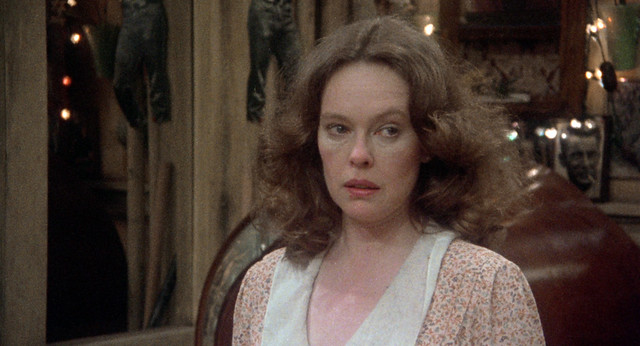 Altman would go on to direct more adaptations of theatre pieces and in doing so, he stayed relevant artistically at a time when Hollywood was becoming increasingly conservative with the safest option generally being seen as the best option. While films like Fool For Love (1985), Streamers (1983) and Secret Honor (1984) might not be among his very best work, they are all worth seeking out, but it’s Come Back to the 5 and Dime, Jimmy Dean, Jimmy Dean which is the finest work from this phase of Altman’s career.

Sometimes gambles do pay off.

Come Back to the Five and Dime Jimmy Dean, Jimmy Dean is also showing at HOME Manchester as part of the  Sound and Vision: Pop Stars On Film season.