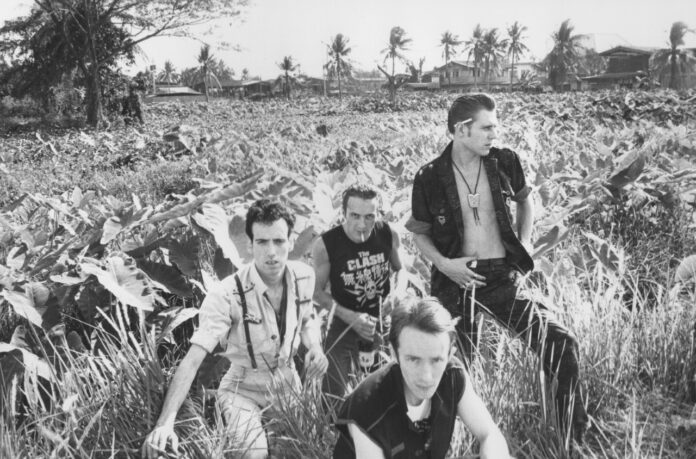 Combat Rock gets the full re-release treatment with extra discs to mark the 40th anniversary of the fifth and final album by the original line-up of The Clash.

While we look back on London Calling as a classic, and on their debut The Clash as a punk landmark, Combat Rock remains the band’s biggest-selling album – and highest-charting in both the UK and USA. It also produced the two huge hits Rock The Casbah and Should I Stay Or Should I Go.

A new special edition – Combat Rock / The People’s Hall – comes out on 20th May, with an additional 12 tracks compiled by The Clash themselves, and an EP of collaborations with Ranking Roger.

The People’s Hall is the name of the studio in the squatted ‘Republic of Frestonia’ in west London where the band rehearsed and recorded when they returned to London after a 17-show residency at New York’s Bond’s Casino in 1981.

The songs on The People’s Hall chart the period from what had been their last single Radio Clash right up to the release of Combat Rock, including unheard, rare and early versions of tracks. Among them is a new version of Know Your Rights recorded at The People’s Hall on the Rolling Stones Mobile Studio, and the previously unreleased instrumental He Who Dares Or Is Tired.

Other notable tracks include Futura 200 (an unreleased original mix of The Escapades of Futura 2000), Mikey Dread’s Radio One and the outtakes The Fulham Connection, previously known as The Beautiful People Are Ugly Too, as well as Idle in Kangaroo Court.

Combat Rock / The People’s Hall will be released on double-CD, triple-vinyl and digital. In addition, The Clash’s collaborations with the late Ranking Roger will receive their first ever official release within a separate two-track EP. The late frontman of The Beat brings his exuberant, high-energy toasting to Red Angel Dragnet and Rock The Casbah.

The EP is available now, with a limited edition 7” vinyl following on 20th May.