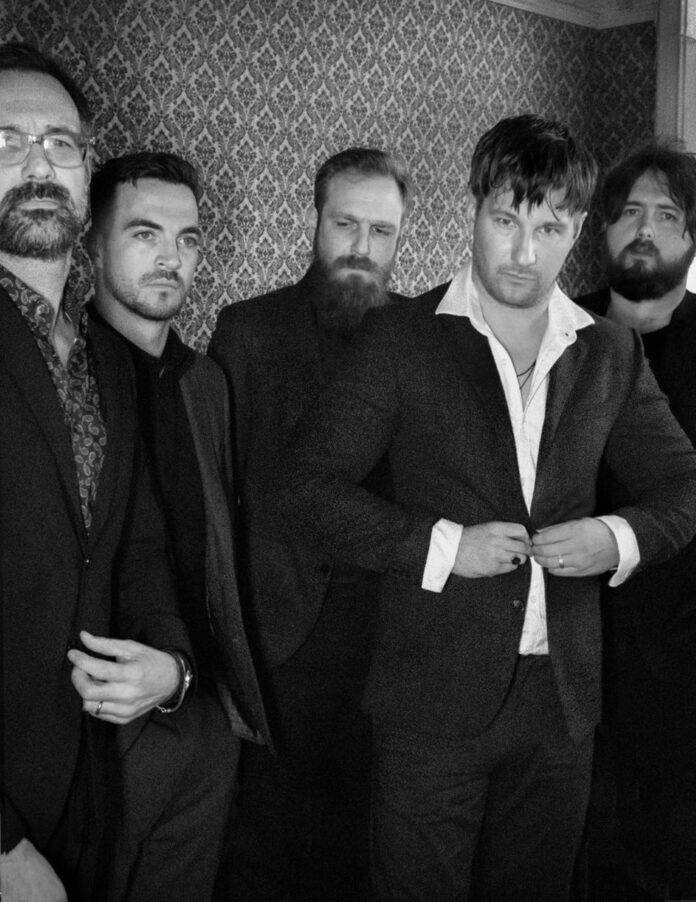 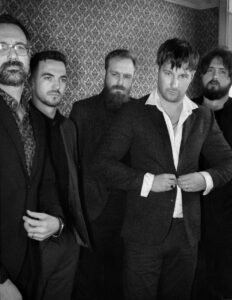 Here’s what one of us sometimes refers to as a monster coming from over a hill. A band that on first listen will be a joyous experience wherever you begin and a band that much of the music loving public in the UK (and further afield) will be in love with by the time we get to the end of 2020.
If 2020 ever ends.

Where the hell have we been whilst this band have been playing shows and releasing music since 2014? Research taught us that two years to the week before CCTV came out this band were playing the 180 capacity Sebright Arms in East London on a Tuesday night.
And we weren’t there.
Bloody hell.
Regrets as we know…. we’ve all had a few.

If any of us are getting out of here alive then this album could be the soundtrack we want to return to. Optimistic, joyful tunes with the hint of an anthem in everything they play. A smidgen of The National, Kasabian (early years – first album), New Order, Depeche Mode and Echo and the Bunnymen are the first of many things we hear in this. Opening track Car Crash TV is the nearest anyone has got to competing with Pulp since the 90’s. This is an album some of us can’t put down and whether you like it or not then one expects plenty of others will feel the same very soon.

Go back to 2014 and you can add The Jesus & Mary Chain to that list. More atmospheric accompaniments are involved around these early tunes than the glorious electronics that set this second album apart from their first. A debut album that you’ll want to hear too once you’ve been through this one a few times.

They’ve found the beauty of Mercury Rev with the best bits of New Order and the passion of Glasvegas with many other tiny bits from most of what we’re used to hearing nowadays by everyone else. This is an album containing the best bits of other bands we all love that result in providing us with some of the best songs we’re likely to hear this year. We may need to wait a while to hear these songs in a field on a hot barmy summers night but we’re already in a sweat dreaming about how magnificent this will be if it ever happens.

Second track in Understand arrives and we’re listening to a song that Grandaddy could have written. Two songs in and already some of us are wondering what the level of this band will be when someone does get them out of their Dublin houses, into some tour buses and into our favourite establishments.

You’re Not The Answer is another beauty. Soft guitars, softly sung and one that could have gatecrashed Echo & the Bunnymen’s Ocean Rain masterpiece. Isolate is a song thousands will dance to and fall in love to. This is too easy….stating the obvious as each track follows the next, each tune unlike the previous, each song quite unique and each piece of music you’ll want to play on repeat. This may take a few years to be embraced by a nation of music lovers but it’ll surely happen. Bands like Columbia Mills are the ones that we really need to be seeing for the first time instead of Coldplay for the tenth. They’ve sneaked up behind some of us and managed to surprise us half a decade into their existence. How does that still happen in these days of reliable broadband and radio stations that play our favourite music 24 hours a day ?

This is all quite serious stuff too. Only by experiencing some of the dark times that can occur during ones life can music like this be so controlled, disciplined and restrained as well as beautiful. Yes, it’s a bit dark but quite uplifting to. It’s the sound of anxiety, personal nostalgia disguised to give us all something to think about and perfect for the listener stuck between four walls for weeks on end ready to explode. It’s electronic, Indie – dance, shoegaze, emotional uplifting stuff that rears its head sporadically as it does with many other bands (the ones previously mentioned) but doesn’t tail off causing our mind to wander off now and again. Columbia Mills seem to have made a perfect album that maintains it’s brilliance throughout and whilst we can’t stand in the same room to enjoy this music at the moment one feels there’ll be quite a queue forming when the day arrives when we can do what we used to and dance with the masses to what we’ve been listening to whilst staring out of our windows at the neighbours washing and the hedge that needs cutting.
Try to put some time aside to hear this. Once you do you’ll probably want to keep revisiting it a few more times.