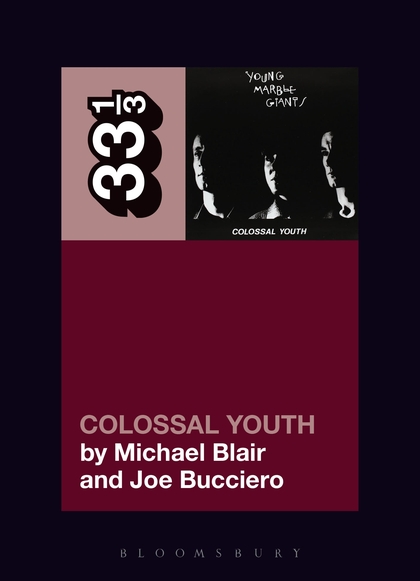 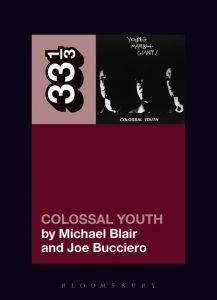 Cardiff post-punk band Young Marble Giants first came to public attention in October 1979 via a late addition track to the compilation LP ‘Is The War Over?’ (Z Block Records), the were immediately signed to Geoff Travis’s Rough Trade Records releasing one solitary album in 1980 and then, effectively disappearing! The album ‘Colossal Youth’ gained positive press reviews, was regularly played by the likes of John Peel on national radio, and sold surprisingly well, reaching #3 on the UK Indie Chart – despite this Young Marble Giants slipped into the outer reaches of post punk history – undeservedly relegated to cult status, though revered by some influential artists – It was revealed in the 2003 book ‘Journals’ that YMG were, along with The Vaselines, Kurt Cobain’s favourite band, whilst his wife’s band Hole went on to cover the track ‘Credit In The Straight World’; The Magnetic Fields have also covered YMG material.

Arguably this position was kick-started and almost encouraged by the band themselves, their (at the time) unique approach and reaction to punk rock – their fragile, restrained, to the point of silent sound setting them at polar odds with the aggressive rage of what was generally thought to be punk; however if you looked deeper, look into the thought processes behind the bands recordings, and the lyrics you will clearly see that Young Marble Giants were equally as challenging and provoking as any gob spitting Kings Road peacock.

US authors Michael Blair, Joe Bucciero have set about unravelling the tale of Young Marble Giants; the fact that it has taken two USA based writers to finally unravel the story further emphasises YMG cult appeal – Blair grew up in St. Louis and lives in New York, he currently works at BOMB Magazine and is a founding member of the Hi Fi Snock Uptown collective, whilst Bucciero is a writer born in Chicago, also based in New York. He helps edit the music zine AdHoc and the journal Blank Forms, and has written for the Quietus, the Brooklyn Rail, Los Angeles Review of Books, and others.

The book, another in Bloomsbury 33 1/3 Series traces the bands origins from Ancient Greece – they named themselves after the 3mt tall Kouroi marble statues through to the 20th-century avant-garde; counter to all that though was the bands own self-confessed over indulgence and reliance on marijuana.

The book, largely reads well drawing on interviews with band members Stuart Moxham and Alison Stratton – Phillip Moxham whilst referenced and quoted from previous published pieces seems absent; Blair and Buccciero manage to dig beneath the surface of ‘With The Beatles’ inspired album artwork to discover how the YMG sound was largely crafted by circumstance, a lack of money forced them to use home-made synthesizers and tape recorded drum machines, how the political upheaval of the times, the mass unemployment , and the ominous presence of the Cold War bore down on the band and produced the lyrics to tracks like the iconic ‘Final Day’’..

”As the final day falls into the night, there is peace outside in the narrow light”

At times, it all becomes a tad stodgy – just how much minutia can be unearthed before you lose even the most avid fan, but aside from that admittedly minor complaint the authors have written a fascinating piece that shines a light and re-examines one of the most crucial pieces of post punk music, a body of work that continues to be relevant today.

The ‘Colossal Youth’ album was initially issued via Rough Trade in 1980, with pressings being made in Australia/NZ, Italy, France, Germany and the USA, throughout the 80’s it was released in Japan, Finland and repressed throughout Europe; re-released on CD in the 90’s before being given the ‘Deluxe’ reissue via Domino in 2007, the vinyl including a 12″ sized, 4 paged-insert with liner notes & lyrics, whilst the CD edition gathered together the ‘Testcard’ EP & ‘Final Day’ 7”, the original ‘Ode To Booker T’ from the ‘Is The War Over?’ compilation and the entire ‘Salad Days’ album a collection of demos and early tape experiments recorded in 1979 and only ever released in Japan.

Buy the book, buy the album; both are an intriguing and honest reflection of the influence of Young Marble Giants.