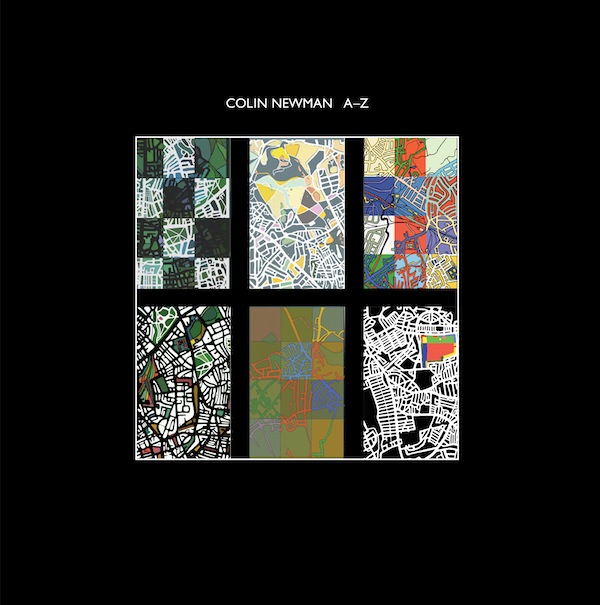 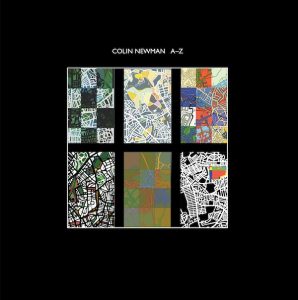 Colin Newman reissues three of his classic solo albums from the 80s.

V excited to be working on this – pretty incredible collection.
‘A-Z’, ‘provisionally entitled the singing fish’ & ‘Not To’ are set for release Oct 28th via his new label Sentient Sonics.
The lead track is an absolute gem: https://soundcloud.com/swimhq/09-order-for-order-riverside-demos/

Colin Newman’s second solo album, the perversely named ‘provisionally entitled the singing fish’, was released in 1981 and proves that Newman was more than able to work outside the traditional rock format.
A collection of imaginary soundtrack pieces in the manner of Brian Eno’s ‘Music For Films’, ‘provisionally entitled the singing fish’ is a diverse collection of instrumentals, encompassing the atmospheric, the abstract and the thrillingly propulsive. Now, for the first time, this album has been completely remastered and augmented with a whole disc of additional tracks, including alternate vocal versions, B-sides and demo recordings.

Sounds described it as “Wonderfully cinematic”. And it’s not hard to see why. Witness the misty, ambient marshes of ‘Fish 4’, or the tripped out Morricone-esque soundscape of ‘Fish 11’. But there are moments of intensity here too. Check out the deliriously insistent krautrock of ‘Fish 7’, or ’Fish 9’, where Newman speeds up the rhythm tracks to dadaist effect. The album as a whole displays a true desire to endlessly experiment.

Newman’s first self produced set, its ambition and scope show why he would go on to become producer of choice for post punk luminaries such as Minimal Compact and Virgin Prunes.

The CD only bonus disc presents an additional 20 tracks, only 5 of which have previously seen the light of day. There’s a number of fascinating vocal versions of the Fish tracks, including the wide eyed ‘No Doubt’ (‘Fish 1’)and the skeletal psych of ‘You And Your Dog’ (‘Fish 11‘). Meanwhile, Newman’s home recordings from the era reveal that aside from experimenting with more abstract soundscapes, he was also simultaneously developing a set of vocal songs. Of particular note are the fuzz bass driven ‘Is It Worth Repeating?’ which features one of Newman’s most relaxed vocals and the airy Canterbury Scene stylings of ‘Crystal Clear’. In contrast, the menacingly insistent ‘Vox Pop’ sees a snarling vocal riding atop waves of pulsing distorted guitars.

In the late 80s, numerous artists as diverse as Barry Adamson and In The Nursery would go on to release so called imaginary soundtracks. But with 1981’s ‘provisionally entitled the singing fish’ Newman proved that, as ever, he was well ahead of the curve.

Newman’s third album ‘Not To’ (1982) is probably the finest of them all. Now, for the first time, the album has been completely remastered and augmented with a whole additional disc of unreleased tracks.

‘Not To’ sees Newman developing his distinctive art-rock in a more melodic pop direction. Songs such as the gorgeous ‘Lorries‘ with its chiming Byrds-like guitars and serpentine bass line, or the reflective ‘Remove For Improvement’, contribute to an album with a strong psychedelic sensibility – complete with an unexpected Beatles cover – a deeply woozy take on George Harrison’s ‘Blue Jay Way’.

Other highlights include the beautiful, meditative title track and the minimalist stream of consciousness of‘Truculent Yet’. Where Newman’s previous albums had foregrounded studio experimentation, ‘Not To’ keeps the focus clearly on the band dynamic. For this reason, the collection of songs has a timelessness which many albums of the period lack. Contemporary reviews were unstinting in their praise. NME called it “icicle-cool pop”. Hot Press described it as “Newman’s most commercial offering to date… this man could be a major force.”Whilst Melody Maker summed it up even more neatly; “Originality and a determined lack of compromise…what more could you want?”

The additional disc presents the luminous single ‘We Means We Starts’ alongside 21 previously unreleased songs, which essentially constitute the demos for what would have been Newman’s 4th solo album. And it turns out it would have included some absolute gems. ‘But Either Way’ wouldn’t have sounded out of place on Wire’s ‘154’, whilst the fizzingly optimistic ‘You Must Decide’ is up there with Newman’s finest songs. Some of the demos also feature early sequencer work which point towards both Wire’s mid-80s incarnation and the ideas Newman would develop in his later solo work. Another treat is an early incarnation of the ‘Not To’ track‘1, 2, 3, Beep Beep’ . Far superior to the quirky album cut, here it comes across as much more intense, yet also far more melodic.

What shines out from both ‘Not To’ itself and these demo recordings is an abundance of ideas and approaches, showing an artist with an ever evolving creative drive.

Studio Recording
22. We Means We Starts