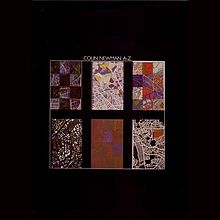 A-Z, Provisionally Entitled The Singing Fish, Not To

Reissues of the (then) former Wire frontman’s first three solo albums, each with a bonus disc of rare contemporaneous recordings….LTW’s Ian Canty goes from A to B to get on a lorry-load of fish, apparently…………

Wire from their first recording on the “Live At the Roxy” album in 1977, were something else entirely. Though at that point in time on first glance they may have appeared standard “1,2,3,4” Punk Rockers, the odd construction and shape of the songs and a cerebral coating to their bad attitude showed there was clearly some keen brains at work here. Over the course of the next three years, they proved time and time again they were one of the most visionary and indeed revolutionary bands washed up by the New Wave. “Pink Flag” may have appeared at first glance to be just another Punk album full of short, fast songs, until you actually listened to it. Each track was perfectly crafted to fit the concept with no padding, the ideal Punk record that happened to be full of Art Rock moves and intelligence. “Chairs Missing” took the idea by further experimenting with sound like few others in 1978, but they could always knock out an “odd Pop” classic like “I Am The Fly” in addition. By the time of their third collection “154” they had reached a creative peak that they probably couldn’t go any further with, so it was no surprise when they split up shortly afterwards.

In effect, at first anyway, they split cleanly into two. Gilbert and Lewis busied themselves with a variety of projects, most prominently the unstable experimental Dome, whilst Newman launched a solo career with Robert Gotobed (and producer Mike Thorne, also contributing keyboards) in tow. The first fruits of this streamlined aggregation was the single “B”, which was closely followed by the LP “A-Z” (clearly Newman didn’t believe in wasting words on titles at this point in time). To most interested parties, this album seemed like the logical follow up to “154” and fitted in with the Post Punk zeitgeist of 1980 perfectly.

“A-Z” didn’t quite make the charts but hovered around the edge of it – I have a very vague memory of the video to the single being aired on Saturday morning kids’ television – but the bulk of the record was both catchy and quirky enough to satisfy long term fans and more adventurous pop pickers. Sometimes Newman moved close to the areas his old bandmates were exploring, with “Image” having a touch of the plodding mystery of Dome about, but for the most part it develops the themes of “154”, fast keyboard led and occasionally punky tracks like “Life On Deck” and the near Motorik of “I’ve Waited Ages”. There is also more than a hint of Psychedelia on the excellent “Seconds To Last”. Though it would be stretching it to call this waxing the “Lost” fourth Wire LP, what it seems more to me is Wire with a pop twist and a very agreeable one too

The bonus tracks included here are what makes this reissue, some rough first demos are tacked on the end which are ok but the later (and especially the ones that were put down at Riverside Studios) takes that make up the bulk of the second disc are exceptional. Not just early versions from the LP, there are actually a number of songs that did not make it to record, such as “Standard Practice”, “Don’t Bring Me Reminders” (though this one eventually made “Not To”) and others that did are often rendered something else entirely. These are real hidden jewels. The completely different take of “Life On Deck” is a Post Punk guitar Pop classic, “Not Me” is sweeping, rolling beast akin to Wire’s near hit “Outdoor Miner” and “Order For Order” beats the New Romantics at their own game, being both novel sounding and romantic unlike the empty posing emanating from the Blizteratti during the same era. For me this one is the best of the three collections presented here and the one easiest to acquaint yourself with if you are new to Colin Newman and Wire. 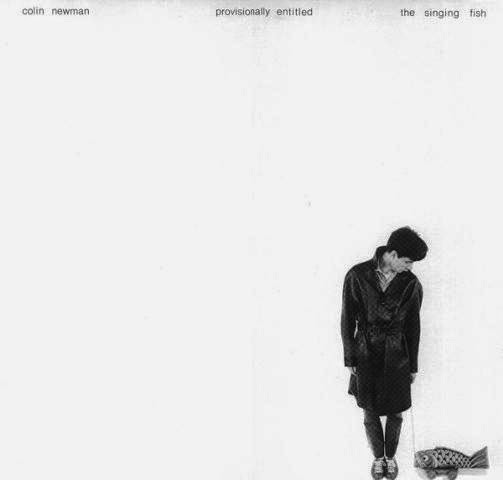 After what was almost what was a “pop” record, a year later Newman chose to veer again towards less commercial pastures with “Provisionally Entitled The Singing Fish”, a collection of instrumentals (with the occasional wordless vocal line on a few tracks) at least partially inspired by the work of Brian Eno. This record was released via the 4AD label after he had left EMI/Harvest. Very much a retreat from the accessibility of the previous album, I’m not going to lie to you as I found this album flummoxing back in 81 when it came out and although the years have been reasonably kind, it still is a bit of a curate’s egg.

Sharing a similar space to Durutti Column at some points during the album’s gentler interludes, it is not unpleasant listening at all but just rather frustrating in places. Odd traces of the glorious Wire “surge” can still be found on “Fish 3”, but the shimmering “Fish 12” is the best track here for me. A nice ending to a somewhat confusing LP.

What really enhances this and makes for a good purchase (like “A to Z”) are the bonus tracks – the vocal versions of the “Fish” recordings which I am duty bound to tell you easily trump the finished articles and some great unreleased material like “This Picture” and “Is It Worth Repeating” that will have you scratching your head as to why they did not see the light of day at the time. For me if you stripped down the best 12 tracks on Disc 2 you have a far superior record to “Fish” but I suppose Colin was being true to his vision of the time. For that, as wilful as it may have seemed at the time, you have to admire the man. 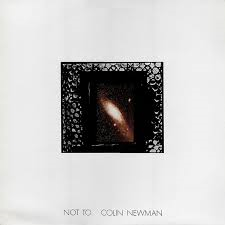 Newman’s second 4AD offering was the far more accessible “Not To”. Even this reached back to Wire with his version of a late period effort “Lorries”, which is a beautiful, lush recording, as bracing as an alpine breeze. This album consisted of new recordings and updates of unreleased Wire-era songs, it has a kind of fresh, sunny winter’s morning sound (though that could be down to the jingle bells on “Safe Not To”) that fit in well with the rest of the 4AD roster at the time. Of the twelve tracks on the original record, only the slow, slow version of the Beatles’ “Blue Jay Way” is throwaway and proves that the stuff Wire kept on the backburner would be gold for most other bands. “We Meet At Tables” is also of a late Wire vintage – I had a bootleg cassette with both that and “Lorries” on at one point – it is wonderful pop with a lovely, wobbly Psychedelic touch. “1,2,3 Beep Beep” seems to prefigure the catchy absurdism that the reformed Wire would often tap into (on “Eardrum Buzz” for example). “Not To” is probably the best LP of the three presented with regard to its core material. There is a real sense of freedom that without the commercial constraints placed on “A To Z” by EMI, Newman could manufacture thoroughly sparky and entertaining pop music at will.

For Wire/Newman aficionados as well as anyone interested in music outside of the mainstream, there are metric tonnes of delights on all three of these reissues, with the superb bonus tracks making up for the rather underwhelming “Provisionally Entitled The Singing Fish” album itself. For the other two offerings there is no real call for caution even for the uninitiated – the original LPs bear up well enough themselves in the cold light of 2016 with the demos and rare takes only adding to one’s pleasure. Away from his Wire bandmates for the first time during the years documented on these re-releases, Colin Newman showed he still was a highly imaginative creative force, as happy following an obscure concept as he was making pure pop beauty. You didn’t know what he would come up with next and that can only have been a good thing in the face of encroaching predictability. A hidden history of the early 80s you really should embrace.