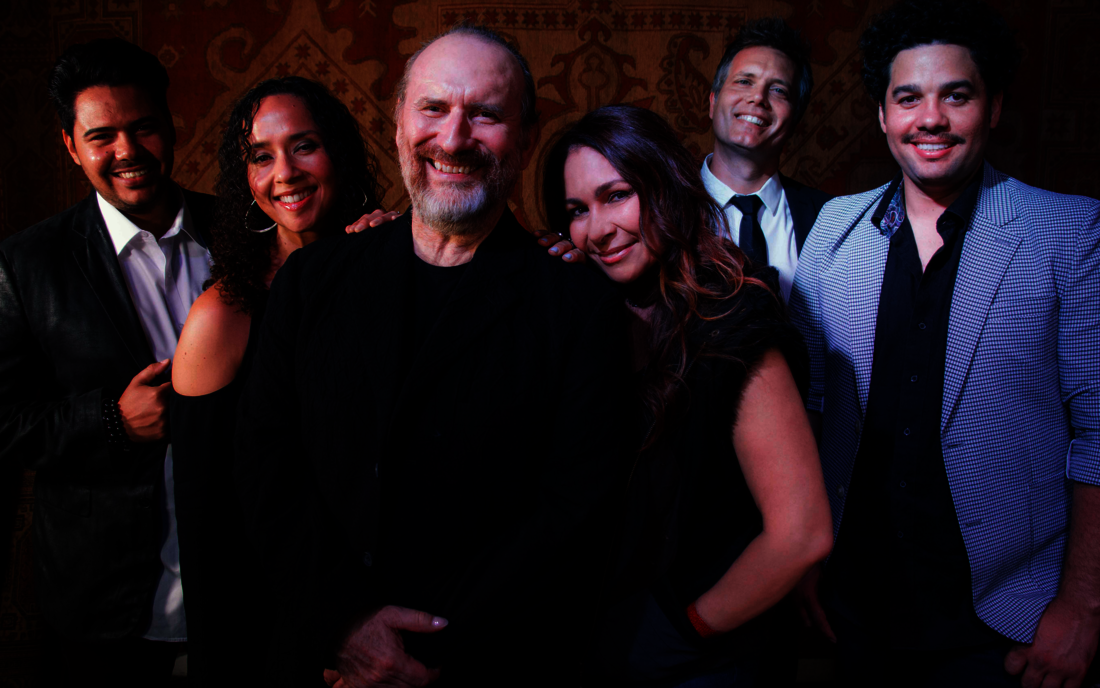 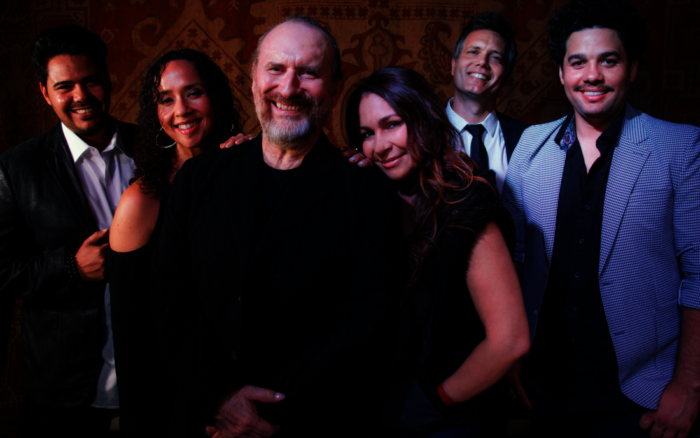 In 1981, a musical phenomenal was born in the form of Australian band Men At Work featuring founder and lead vocalist Colin Hay, who was as intriguing as his song and his land Down Under. People everywhere became fascinated with Australia and Vegemite sandwiches. In 1983 the band won the Grammy Award for Best New Artist, and have sold over 30 million records.

Co-founder of Men At Work, Hay was born in Scotland and relocated to Australia as a boy. He is a multi-instrumentalist, a song writer, actor, and singer, who now resides in the US and has released 13 solo albums. He has written film soundtracks as well as doing Shakespearean Theatre. Colin is also a regular member of Ringo Starr’s All Star Band.

This summer Colin Hay and Men at Work will be performing their award-winning hits as well as Colin’s solo hits to European audiences in June and July. They will visit 7 countries for 16 dates. I spoke with Colin regarding the tour, his career and future endeavours.

Louder Than War: What made you decide on this up-and-coming European tour?

I haven’t stopped touring for the last 30 years – I’ve been on tour for the last 35 years. All over the world. I live in the States, so I’ve been touring the States mostly. Also South America, Central America, Australia, and Germany, I’ve been to the UK a bunch of times, but never as Men At Work. Although Gregg Ham and I toured as Men At Work from 1996 until 2002. I think the question if I can read between the lines is why call it Men At Work?

Ok, why call it Men At Work?

I’m not really quite sure about the accurate answer to that, because I think about it sometimes myself. It did strike me when I was touring Europe with Ringo last summer, and the reaction of the crowds in the audience to all the old songs – not just my songs – to all intents and purposes they are old songs, from the ’50s, ’60s to the ’80s primarily, but nothing really since then. So I asked a couple of people whether or not they thought there was a tour there for me to do – a tour with me and my band for next year (now being this year) so they said I can do Men At Work. So I started to think about it. Also, there was something about a reclamation, or reclaiming something which is like a ship kind of floating around without anybody actually steering. It has been like that for a long time. So I just thought I would see what it feels like to actually go out under that name, play all the songs again: it’s a bit of an experiment really.

Back when you recorded say, Business As Usual, they didn’t have the technology that they have now. Would you have done the record any differently if that technology had been available?

Well we had pretty good technology. Are you talking about digital recording?

That’s become a particular sound – autotune – people actually think it’s weird to hear a voice without autotune. Well, what we had back then waspretty good technology in a sense, nice big tape machines, which people still use now. We had good songs, good musicians, and a great record producer. We had all the ingredients to make a great record and that’s what we set out to do.

It must have been really cool being the man that single handedly awakened the United States’ awareness of Australia?

I think that that is a bit of an overstatement. There were lots of people who did it before us and after us, and continue to. But I think that what was special about our band was there was something which was different about it. It had a stronger saturation than other bands. People knew about our band who didn’t really care about music. It was one of those phenomenons that came along once every so often. It kind of coincided with that interest in Australia and that part of the world according to the US. It was about Australia and where it was. In America right then, they were quite insolent about the world. It’s a bit better now, but I would say not much. People didn’t know where anything was. There was a high level of intrigue about who we were, and where we were from.

There’s a lot of intrigue to be had. It’s an extraordinary place in many ways.

You have won a Grammy, toured the world, acted in theater and television, is there anything that you still wish to do?

Oh yeah, I have a lot of things. I probably don’t have as many tangible goals as I used to have. My main concern at age 65 really is to stay alive and
live as healthy as I can. What I am doing and what I don’t do is kind of predetermined by that also. There are things like how long am I going to be gone for? I’m married and I like hanging out with my wife -so how long am I going to be separated from her? Things like that determine how you live, your why or why you’re not going to do something. Back in your 20s you tend to say yes to everything because everything is very exciting and you’re invincible, you know? But at the moment I love being in the studio, I’d like to write more, I’d like to spend more time at home writing. That’s doable. It’s very rewarding doing that, and just playing guitar. I’m taking lessons again, I want to be a better guitar player – it’s challenging. Having the time to practice and become a better guitarist is really the thing that I most want to do. I want to become more advanced in guitar playing. There are not very grand things that I want to achieve, I just want to learn how to play different chords, and different versions of going up and down the neck.

You’ve been on stage a lot. Have you had an ultimate stage fantasy yet, and if not what would have to happen to accomplish that?

I just spent the last 3 1/2 months in Melbourne Australia doing a Shakespeare play, and I never thought that I would get to do that. That has always a bit of a fantasy for me, to be involved in the theatre. I got to play Feste the Fool in Shakespeare’s Twelfth Night for the Melbourne Theatre Company so I went down to Melbourne last October and did that for three months. That was a pretty extraordinary experience. That’s something that I never really thought I would get to do, that I did get to do.

I love that. You have acted on TV before?

Yeah but I’d never done anything like that before.

There is no downside touring with Ringo. It’s a great experience off and on stage. I felt very privileged to get to do that. We’re going out again this year, so I’m looking forward to it again.

Is there any chance of Men at Work doing another album?

There is no Men At Work, it’s really me. The sound of Men At Work, the original first two albums – there were 5 people responsible for that sound and so that’s not going to happen again, for obvious reasons. You could make a record and try to make it sound like that, trying to recreate something you did 30 years ago….. I don’t really know. Maybe there will be a record at some point called Men At Work, I don’t really actually know. I don’t know if it would sound like those other ones.

If you could say I thing to your fans and followers what would you want them to know? 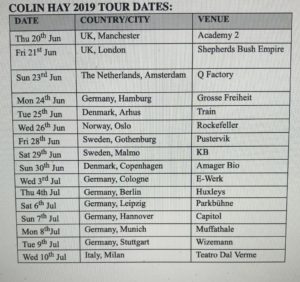