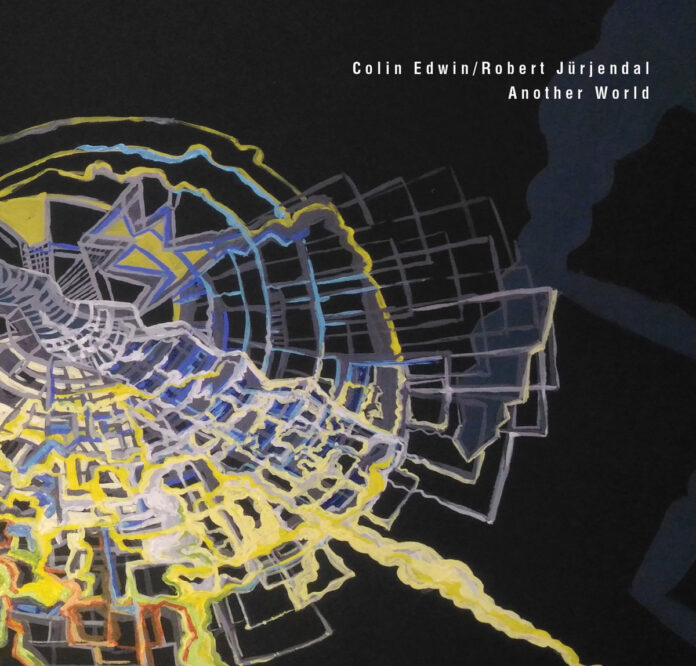 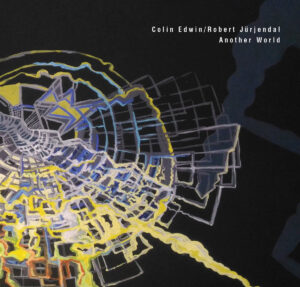 Originally released in 2018, the record-collaboration with Colin Edwin, the former Porcupine Tree-bassist and Estonian guitarist Robert Jurjendal is finally available on Bandcamp.

Speaking on the release itself, Edwin commented that: “There’s an amusing story about how I met Robert” – I listen to him trying to imagine, how these two musicians met. “I was booked to play a festival in Ukraine back in 2012 with my duo Ex-Wise Heads” – says Colin: “But it turned out to be a complete fantasy in the mind of the promoter, and it imploded before we even got there…”

The best things in our life turn out being something sporadic and spontaneous. Even though, it’s not the case with Another World. Their collaboration sounds like something carefully crafted – like a series of ice sculptures. “It was a very open process…” – says Edwin, and then adds: “I am quite lucky in finding guitar players who play the instrument in a less conventional way and who pay a lot of attention to texture, sound, atmosphere and the overall picture.”

The combination of Colin Edwin’s dub-like bass-parts and guitar-passages of Robert Jurjendal creates a strong euphoric effect. Sometimes, reminding cult Jah Wobble/Keith Levene-tandem. Jurjendal himself is not afraid of stepping into a prog-rockish path. Indeed, within such songs as Tightrope Walk, Robert does everything extremely gracefully. Not just playing his parts or filling the space but creating the real chemical reaction between all the elements of the record.

“Robert is a very minimal and “ego-free” type of guitarist, and I think it takes a lot of courage to be very minimal, to leave space and give weight to every element and every note.” – stresses Colin. That’s true. Together these two musicians created minimalistic ambient record. But massive within its arrangements, their ability to fill the space, use the pauses, creating these beautiful endless landscapes.

Of course, it’s not all about Edwin/Jurjendal duo. And Colin himself states: “I started to feel there was bit too much space and we’d benefit from another voice, so I got in touch with Ian Dixon”. Mostly working with artists from more world music genres, Dixon, within his approach to writing brought lots of different shades to the record. Starting with jazzy tonalities of Frozen Fields and the opening Blue Mint, Ian Dixon keeps on experimenting within his approach and tonalities he’s exploring within each next track.

Colin agrees with me, adding: “I’d played a lot with Ian back in the early ’90’s when he was living in London, we’ve kept in touch and we’ve worked on a few other things together over the years. I knew he’d be a great choice since he’s not just a great improvisor, but he also experiments with the sonic possibilities of the trumpet, using effects as well as exploring an expanded register.”

Despite the fact that they’d spent some time playing a certain way playing together, Another World sounds as something completely new and original. Even though Edwin, himself, kept on exploring minimalistic music as a solo-artist, he says: “The last person in the puzzle who I must mention was Isak Nygaard, who was unknown to me. Isak did some incredibly detailed programming and sampling and added some keyboards too. Isak’s input was on another level totally, really impressive, and quite deep”

But that’s not the story of each of them as individuals and players. Rather than about a collective efforts of four musicians, who found their comfort space in between Frippish’ ambience, avant-jazz tonalities and a bit of Praxis, played on the other side of Alice’s’ looking glass.

You can listen to the other releases of Colin Edwin and Robert Jurjendal on Bandcamp.