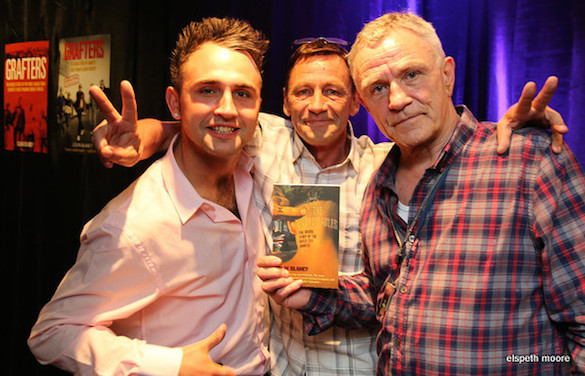 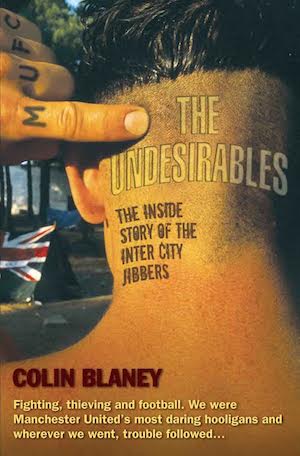 You most probably recognise Blaney, who Louder Than War’s Carl Stanley interviewed for us back in May, from popular TV doc’s such as ‘The Secrets of Pickpockets’ and ‘Pickpockets Abroad’ as well as a selection of football and crime documentaries he’s done including the popular Danny documentaries. But Blaney is also a published author with his most recent book, The Undesirables, being the follow-up to his critically acclaimed 2004 book ‘Grafters’. Louder Than War photographer Elspeth Moore was at the launch of the book, her photos can be found below along with a few words from Carl about the book.

Blaney’s latest book details how he and many of Man UTD’s travelling crime-wave, the ‘inter-city jibbers’; hit America, The Far East and Europe with crimes and grafts that started getting way too heavy. These resulted in Blaney’s spending time behind bars in prisons all around the world, most notably in Germany where he met a prison warder who later became his wife.

Later on, working his way through several personal battles, Blaney found his feet as a celebrated author within the world of British football hooligan writers with ‘Grafters,’ a book which is in planning stages to be turned into a film.

The wonderfully written terrace bio ‘The Undesirables’ is the remarkable, wild and honest follow up to his debut publication, and it’s essential reading for all football and terrace fans.

Get your copy of The Undesirables at Waterstones.

A selection of photos taken on the night by Louder Than War photographer Elspeth Moore can be found below with the full gallery here.