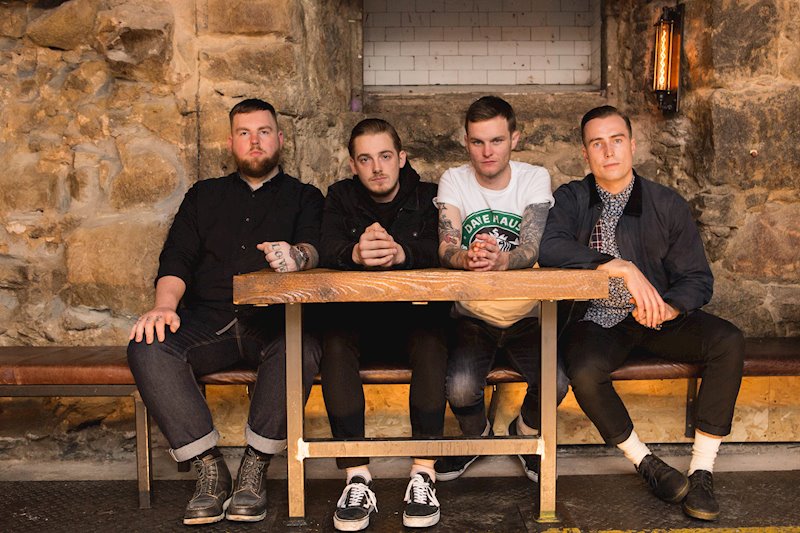 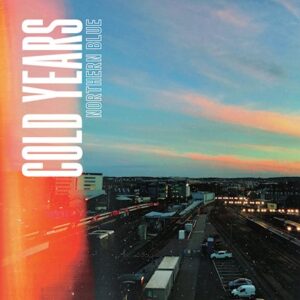 The Aberdeen four piece, Cold Years deliver that rare mix of impulsively authentic unreserved punk rock that is well – not over produced with a stylish edge. Their second EP Death Chasers, released in 2016, full of huskily passionate vocals and supreme musicianship, its tracks running from belting anthemic chorus of Death Chasers to the nuanced melancholic of Lines. While it was a confident strike, it that lacked something distinctively Cold Years and lead to a feeling that there was something a little formulaic at work.

Eighteen months later and the band have announced their third EP, Northern Blue due for release on 2 March 2018 through Homebound Records. Cold Year’s have used this time wisely and their musical development and lyrical growth is immediately apparent. They’ve turned up the blues and east coast punk vibes and created an interesting Caledonia via Americana vibe: speak as much of the austere industrial Scotland they call home as of the American bred rock n roll that has influenced the band.

Talking about the bands progression the bands front man Ross Gordon explains “Miss You To Death was the second song we wrote for this record, and it just naturally felt like the lead single from the start. I remember sitting alone one night listening to Dire Straits self-titled record, and all these images of my childhood just flashed through my head. You know – things like playing pool with your dad on a Saturday night at like 5 years old, while that record is playing in the background.”

“It’s weird how you hold all these songs close to you, and they actually just take you back to specific moments in your life. I just thought ‘Okay, how am I going to listen to this song 30 years from now if he’s not around?’ That kind of set the tone for the whole of the new record. We really wanted to push ourselves as musicians, and I feel that we did that. Everyone had such a huge part in shaping this sound. It’s so much fun to play, and we can’t wait to play it live!”

The band have long since proved they can deliver something special when playing live and there will be a wealth of opportunity to catch them on the road during 2018. Starting with four UK dates in support of Northern Blue’s release they share the dates with South West Scotland rock and rollers 13 Crowes as follows:

Tickets are available direct for the venues and some online retailers including See Tickets and TicketWeb.