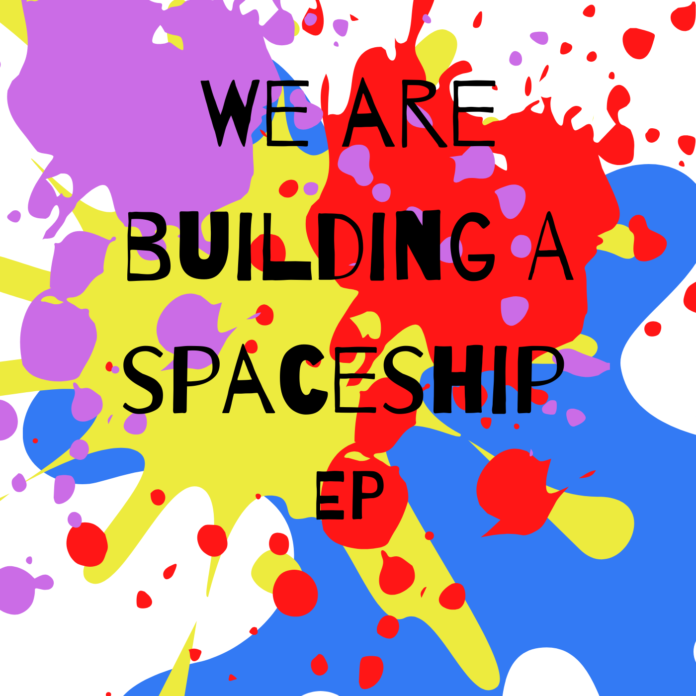 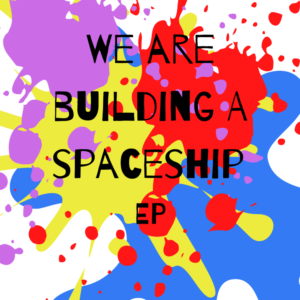 We Are Building A Spaceship EP.

Chris, Carrie and Selina finally release their first collection of great songs with Simon Ding Archer working his magic once more. Wayne Carey wants to let the world know about this great band, a growing gem on the Manchester music scene that should be heard by the masses.

Regular readers of LTW will be no strangers to Cold Water Swimmers as we’ve followed them from the start. They’re one of those bands on the underground Manc music scene who are growing with each gig. Back in September 2018, they did a legendary date at the Castle Hotel which was reviewed by Nigel Carr and myself and we’ve been hooked ever since. I even recreated that same gig at The Salty Dog, Northwich a year later and the time made a difference in growth for The Swimmers with Chris Bridgett playing with the confidence of his Dub Sex days backed by the fiery Carrie on bass and ace drummer Selina.

Chris explains why only 81 copies have been released:

“81 is a magic number… Sounds hippy known as the Angel number. It’s called We Are Building A Spaceship because we may as well be. It’s about the futility of it all really. I’m not streaming Love Is Insane because it’s for the small group of our CWS family who will buy the CD and help us build the spaceship”

Seems like a good idea but it would be a shit spaceship for £481 quid.

Nigel has reviewed the first three singles on here, Summer Breeze which was in my top ten songs last year, a classic slice of dark post punk with a killer chorus and poignant lyrics (review here). Burn Your Idols is another more upbeat slice with lyrics about building a fire, burning all you shit and starting over, sounds about right in these times (review here). Robots is a futuristic punk song with another killer chorus and has been a live favourite at their last gigs. Energetic and exciting (review here). Bonus track Love Is Insane is a good old fashioned country type garage number with lyrics which sound personal from the past. Drug references hidden in there surely? Very clever stuff and a tune. The only catch is you’ll have to own the CD to hear it. Are you one of the lucky 81??