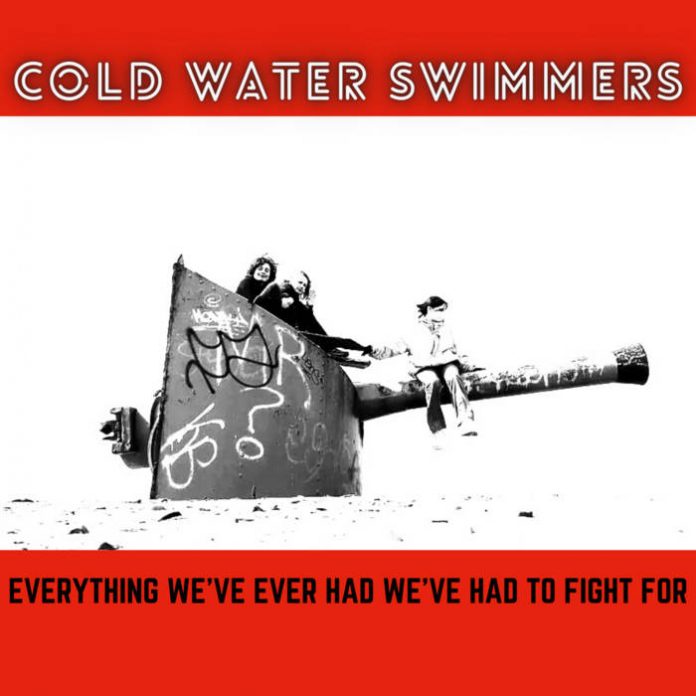 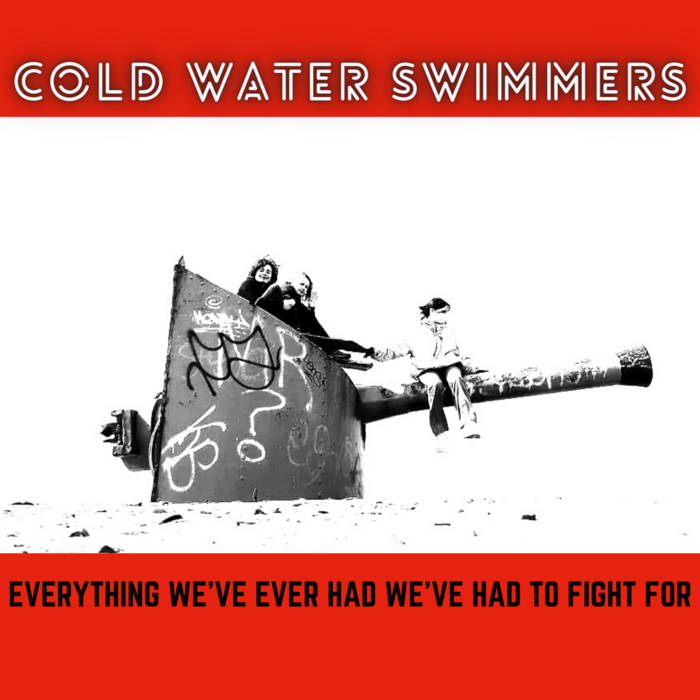 Although recording new material as we speak, Cold Water Swimmers, one of Manchester’s finest bands, have decided to release the final single from their sparkling debut album Holiday At The Secret Lake. All the proceeds will be split between two local charities that the band hold close to their heart. Everything We’ve Ever Had We’ve Had To Fight For is one of their earliest recordings and still sounds as fresh as a real cold water swimmer’s undercarriage. DIY Or Die label boss and charismatic frontman Chris Bridgett explains…

“This is the last song we’ll release from our debut album and it goes back to the start for us. It feels right that people hear this song now. We started to write this shortly after Grenfell when I saw a picture of someone taking a selfie with the tower in the background. It made me feel sick. I continued to write it jamming with squatters in the Hulme Hippodrome and finished writing it, inspired by a visit with my son to the People’s History Museum in Manchester. This song is on a journey and that’s not over yet…..

Everything we’ve ever had we’ve had to fight for is a stronger message now, more than ever before. Fight for your NHS, your working rights, rights of movement, speech, housing, dignity, it’s all under attack and we have to fight, like those before us who fought for what we’ve enjoyed throughout our lifetimes.”

All profits from the sale of the limited edition CD and Spotify streaming royalties will be shared equally between Disability Stockport and the work Pauline Town does with homeless and vulnerable people in Tameside.