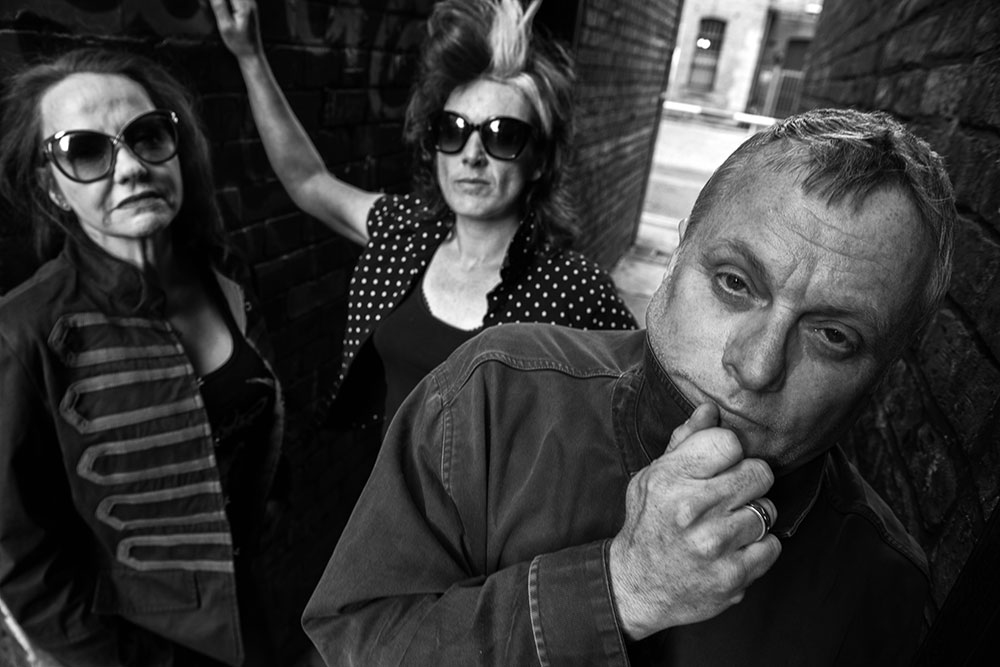 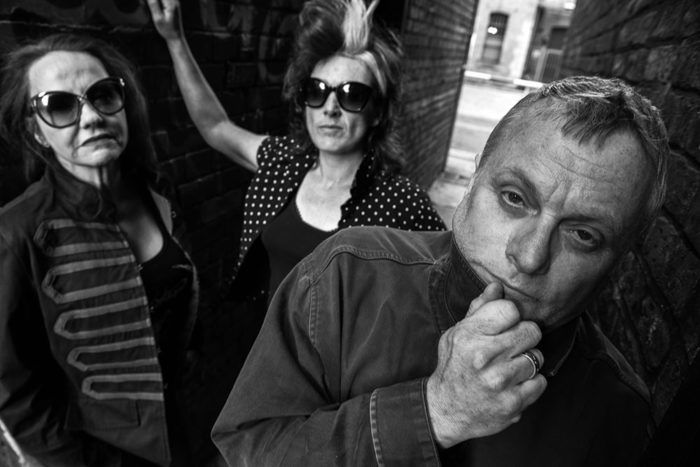 I’ve spared a Friday night as a recommendation from a new mate Kirk Whitehouse who is also the main man behind Smashed Hits, turning vinyl into works of art. Check out his site here https://smashedhits.co.uk/

Next band up are fucking ace! I met the lead singer Andreus before their set. Fuckin’ top bloke with that great Brummie accent being from West Bromwich. One of the nicest guys I’ve met for a while and totally shocked me. He told me he didn’t even like music and had no influences??? What the fuck?? This band hit the stage and bollocksed my head up. A total fusion of Red Hot Chilli Peppers, Rage Against The Machine, Dust Junkies, fuck me, they are great! Keep your ears open folks because they are special, and you heard it here first.

Dub Sex was often cited as one of the great ‘lost’ Manchester bands after failing to properly break in an era which careered into Madchester and baggy. Chris’s next outfit G-O-D presented a far funkier sound, (With legendary Manc. drummer Si Wolstencroft) last year supporting The Stone Roses for their series of gigs at Wembley. 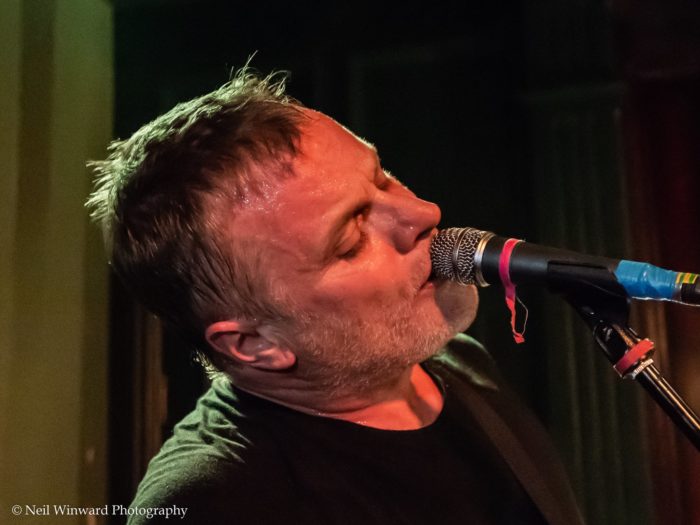 There is something about trios, the stage awareness that develops and the demands put on each member to fill the gaps, each watching the other for cues.  What we get tonight with The Swimmers is a powerful, raw garage punk sound, sparse in parts with Chris’s Bowie meets Wire’s Colin Newman vocal punching over the top.

The sound is of full of melody; bright and intoxicating. A far cry from some of the denser grooves like Swerve that Dub Sex cut. They open with She’s Falling Apart with its determined guitar thrust and soaring chorus, reminding me of the Pixies at their best. 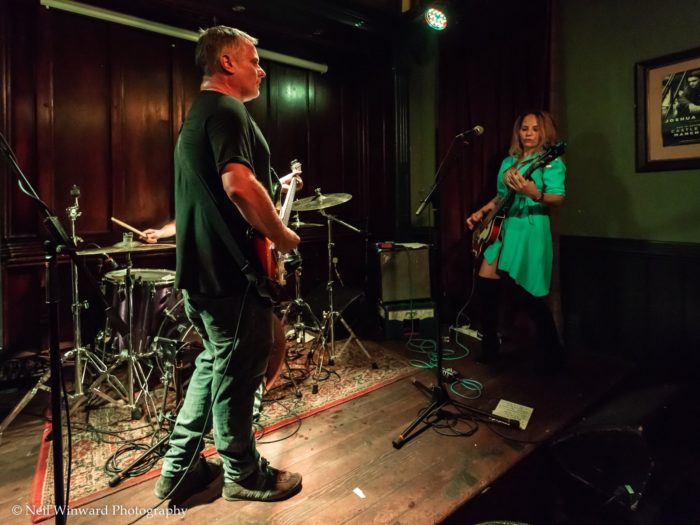 After a short pause to swap a couple of instruments, the band slows the pace for the stunning I’ll Be Your Witness, which for me is the highlight of the set. It’s Stooges’ Dirt paced with an explosive chorus that builds to a crescendo; Selina hammering away at the back of this small stage with Carrie backing up on bass, Just brilliant.

Carrie and Selina swap over instruments for the closer, I Love You I Hate You with Chris’s vocals straying into Lydon territory – it’s a powerful and stunning end to the set and sees Carrie sprawling over the drum kit while Chris thanks everyone, ‘so fucking much!’ 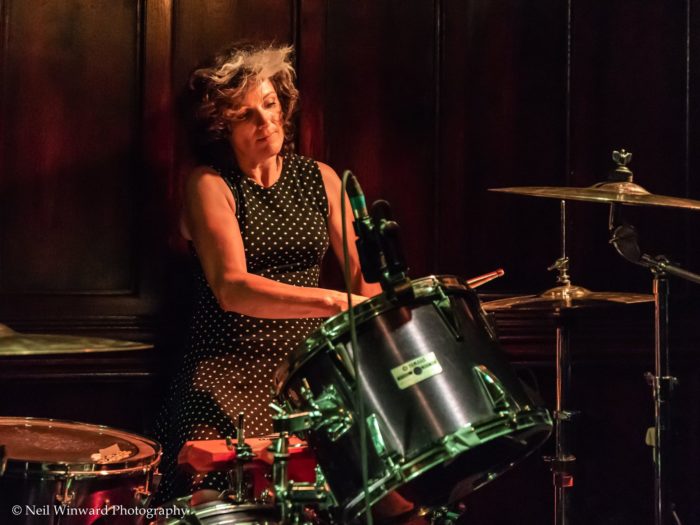 With a plethora of talented youngster fronted bands spewing out of Manchester right now, it was refreshing to see the total acceptance of some of the city’s more seasoned players. The crowd was full of the great and the good from the scene, so it was touching to see them showing their well-deserved appreciation!

It’s fair to say that I fucking loved The Swimmers so you’re going to hear a lot more about them on Louder Than War!

The Tinfoils & Pagans S.O.H. Words by Wayne Carey who writes for Louder Than War. His author profile is here and you can catch his blog at wayneacarey1970.blogspot.co.uk

Cold Water Swimmers: Words by Nigel Carr. More writing by Nigel on Louder Than War can be found in his Author’s archive. You can find Nigel on Twitter and Facebook and his own Website.

Top Photo by David Gleave. More of Dave’s photos on Louder Than War can be found here. He’s also on Flickr and his personal website is  davidgleavephoto.com