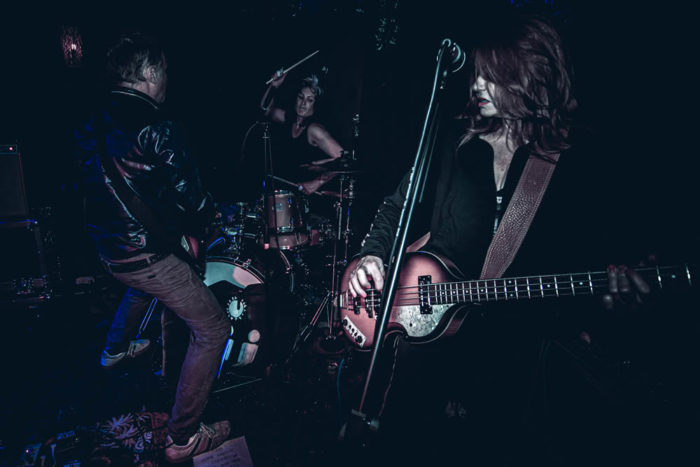 Two of the most exciting bands in Manchester took over The Peer hat on Friday. Nigel Carr watched The C33s support Cold Water Swimmers along with a veritable pantheon of photographers, movers & shakers (mostly movers!) and a condensed mosh pit centred around two very refreshed fans! Photos by Trust a Fox!

It’s not often that you get two bands appearing on the same bill so equally talented, equally matched – both on the cusp of making a major mark on the Manchester music scene.

First up is The C33s. It’s only a few weeks since I saw them supporting Drahla in the Pink room at Yes. Tonight’s performance sees them step up a gear. Maybe it’s the venue; the smaller room, closer crowd and better acoustics, but they are suddenly less clattery, tighter and easier to listen to.  It just shows what a few more gigs and a switch of venue can do. 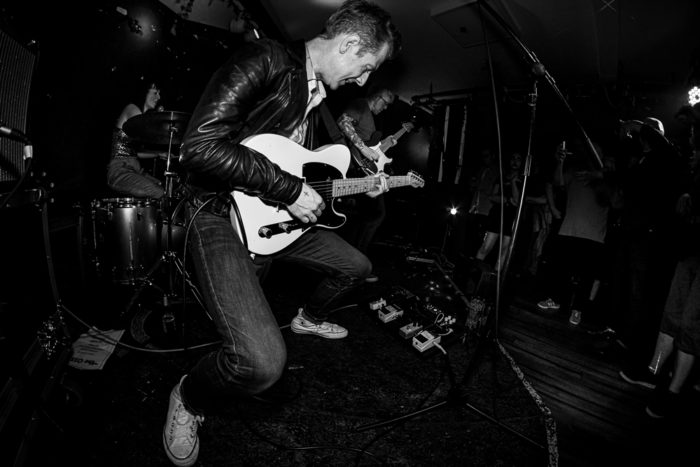 Their version of intense surf punk is fast and furious and whereas last time I was waiting for some respite from the rapid-fire machine-gun delivery, this time I can’t get enough of it! Frontman Cav Green introduces a new track, Harpurhey Hostility. Drummer Judy Jones who has been providing backing vocals and yelps throughout the night takes on lead vocals. It adds an arc of brightness to the performance, the highlight of the night – quick as a flash – a searing burst of energy so intense, so exciting, it sees the lads at the front almost crashing into the band. Bassist Ste Philips underpins with a thunderous low-slung rumble that forms the gutsy, central core to all these songs, and the band finishes on a high.

After a short delay (and a couple of beers), it’s on to Cold Water Swimmers. Slower paced but still operating in the same area at least. Last time I saw them they were playing with Pagans SOH and the different crowds didn’t sit well together. If you’re coming to see post-punk then it makes sense that the support attracts a similar audience and that’s what we get tonight, They may be poles apart in delivery but at least their tangential genres fit nicely together.

Louder Than War favourites, (we have covered every release and most of the live gigs) CWS open with She’s Falling Apart – it’s a powerful intro. Former Dub Sex & The G.O.D. guitarist Chris Bridgett knows how to write an infectious melody; uncomplicated, with the power in the chorus and delivery, Selina on Drums and Carrie on bass providing the hypnotic rhythm. 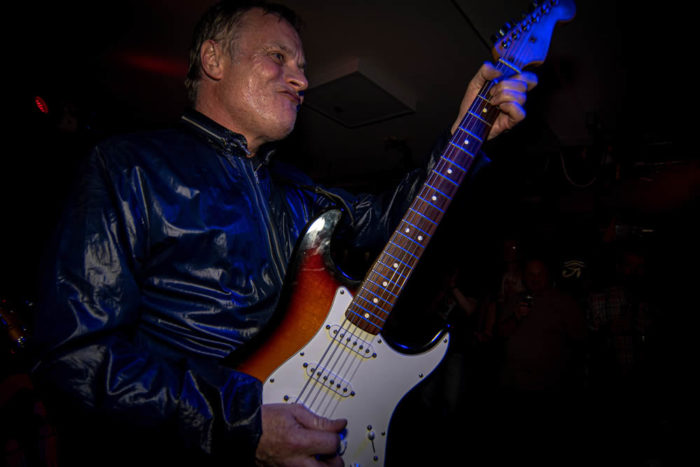 You can see how much Chris and the girls are enjoying it as they cruise through a volley of outstanding tracks. The ultra-cool Stooges infused sleaze-punk of I’ll Be Your Witness snakes and twists, building in intensity as it explodes upwards before clattering down a shower of emotion. 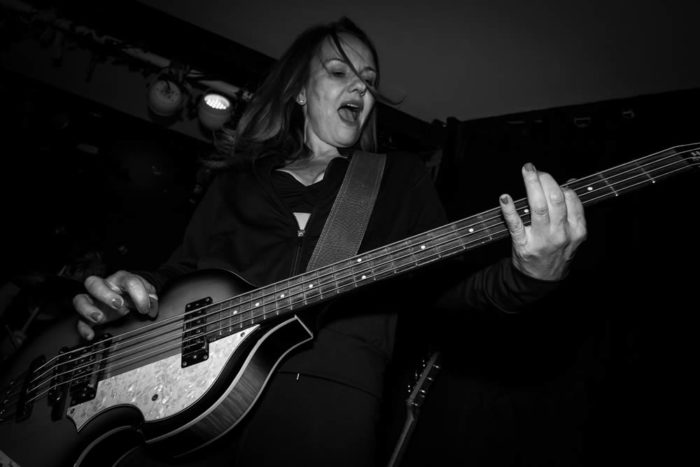 There are a couple of unfamiliar tracks before Chris introduces the new single, the inspirational Burn Your Idols – a bold and direct statement, brilliantly delivered. Summer Breeze is the highlight of the set with its redemptive revelation in the line “You see I was a junky for fifteen years, could have took a bath in my mother’s tears”, a line which Chris told me later he thought twice about singing. It sends a shiver up your spine, the song, so poignant and moving; a fitting centrepiece to a thrilling night.

Two bands – two very different messages, both on a fast track to greater things. They may take different paths, one through the screech and innate enthusiasm of youth, the other, through pure quality – seasoned performers playing their hearts out!

This was the best gigs I’ve been to in Manchester this year! Go and see these bands now whilst you can still catch them in these smaller venues!

Article by Nigel Carr. More writing by Nigel on Louder Than War can be found in his Author’s archive. You can find Nigel on Twitter and Facebook and his own Website. Pink photos – Nigel©  Top Photo by Trust A Fox©  – Please note: Use of these images in any form without permission is illegal. If you wish to use or license any images please contact Trust A Fox