Cold In Berlin – And Yet (Candlelight Records)

London band Cold in Berlin have been embraced by Goth, Punk and Rock scenes alike thanks to their dark & heavy sound. They’ve just released a new album which Ged Babey reviews for us below.

Is it love or is it inertia by Cold In Berlin

OK it’s not profound or deep maan, but that lyric has got guns, sex, dancing, borderline mental illness and drugs …everything you need for a Goth anthem. And the title reminds me of Drimble Wedge and the Vegetations classic song Bedazzled. (Look it up on Youtube kids).

Give Me Walls, the 2011 debut album by Cold in Berlin was a hilariously over-the-top combination of gothic themes, punk-sneer and grunge-garage riffs condensed into bite-sized pop songs. As an elder-punk-goth now I find it funny because it’s done with such a straight-faced seriousness that I’m really laughing at myself and how ridiculously serious I used to take similar bands in the early 80’s. I’d listen to songs twenty times on repeat, write out the lyrics, analyse them for clues as to how to fill the futility of my existence before death and without sex. I’d load meaning into the most innocuous yet cool-sounding lyrical couplets… I’d submerge myself in the fantasy world of the gothic with its passion and madness.

I’m over it now, to some extent, but not completely, I still love the dark poetry of the best songwriters. But Cold In Berlin are just beginners, and they’re having way too much fun taking part in the ‘œtheatre’ aspect of the Dark (Goth is a dirty word, Dark Music is the cool term) to write truly weighty songs. They are, to all intents and purposes, ”Hello Kitty’ Goth.

In 2011 Give Me Walls was deservedly Artrockers album of the year, and I can see why. It reminds me personally of the band Flinch (fronted by the wonderful Grog) who never got as far as releasing an album. Flinch begat Feline and Feline begat Die So Fluid and in a year or so Cold In Berlin may be as polished and wicked as Die So Fluid. Its early days really for Cold In Berlin”Â¦ that said though Savages debut could well steal their plunder. Talking of which… 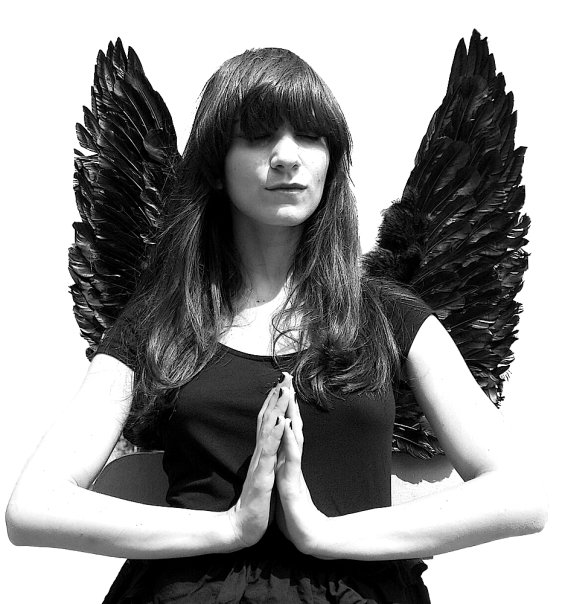 At the amazing Savages gig in Southampton a short while ago I saw my old mate Kaz, photographer and follower of many a fine band over the years. She does what I do, loves music far too much for someone of our advancing years, and captures it in photographic images, whereas I do it in words. As always she had new bands to recommend to me. Her Italian friends Milk White I should have reviewed a year back but was ill, they are magnificent; the sum of their influences; PJ Harvey, The Kills and the Velvet Underground, and much more. The photo above by Kaz says more about how cool they are than 300 words. 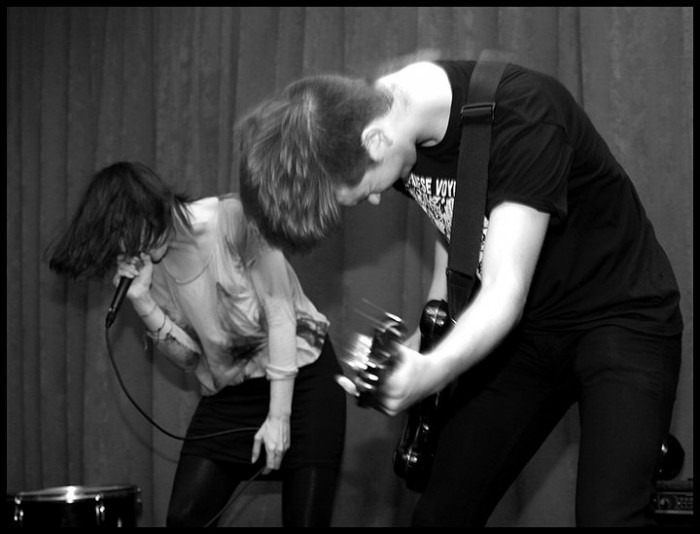 Anyway, Kaz’s ‘œfavourite new band of last year’ was Cold In Berlin. Which is why I checked them out, hence this review. I do like the first album a lot, it’s punky, punchy, perky and funny. The way every song has to get a ‘œfuck’ into the lyrics. The way its Betty Boo being possessed by the spirit of Lydia Lunch. But ‘And Yet’ is slower, more gothic, slightly more mature and varied musically€œ Brick By Brick and Love Is Shame are still incendiary songs with Cramps-a-billy and bluesy influences. The (early) Siouxsie-ness of the vocals does grate a bit and needs some reverb or multi-tracking. On ‘œThe Visionary’, the male-choir-type backing vocals give a far more layered sound. The lyrics don’t bear close examination maybe but they’re still narcotic, erotic and neurotic in equal measures.

It’s not a bad second album, a progression musically but heading up a dark dead-end alley somehow I fear. I’m tempted to say they’ve moved on from ‘Hello Kitty Goth’ to ‘œEmily Strange’ Dark Wave but it’s a cheap shot and as Kaz tells me; Cold In Berlin only make real sense live, in a packed, dark venue with strobes and their fanatical audience going wild and the singer flailing her hair and roving out into the crowd. I can understand this as Ghost Dance for example were phenomenal live but never made a truly outstanding record.

Maybe the very best Dark Music just cannot be captured and tamed by recording devices and its only true manifestation is Live?

Check out the video for the single ‘œAnd the Darkness Bangs’ (above) to get a idea of the Goth Melodrama that is Cold in Berlin 2012 as it pretty much sums up in 4 minutes what is about to follow. Yeah, the darkness bangs indeed.

You can buy a copy of And Yet here. Cold In Berlin are also on Soundcloud here if you’d like to hear more by them.

All words by Ged Babey & all Photo’s © Kaz Wyatt. You can read more from Ged on Louder Than War here.