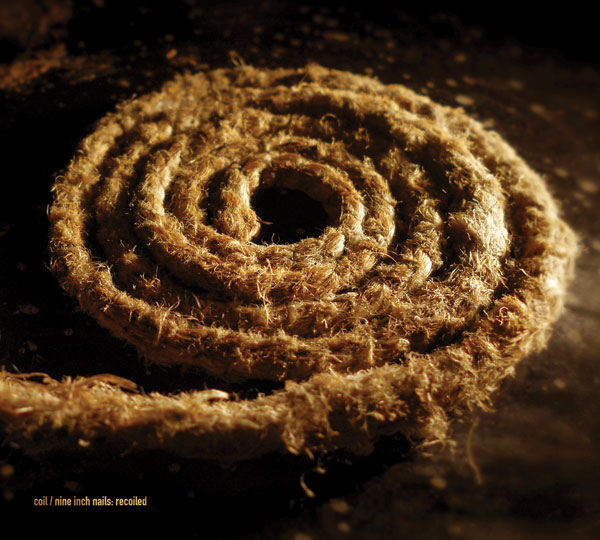 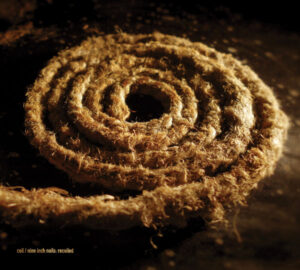 Back to the roots of Industrial music, five Coil re-mixes of Trent Reznor classics finds Simon Tucker hypnotised and energised by the enduring power of Nine Inch Nails.

Nine Inch Nails’ The Downward Spiral is, rightly, considered a classic of its kind. An industrial/electro primal scream, releasing all of main man’s Trent Reznor’s inner, darkest feelings, pains and demons onto the world.

The album spawned a major surge in what was termed Industrial music with acts like Reznor acolyte Marilyn Manson releasing similarly dark and harsh records which chimed with a large part of the world’s youth.

As original and progressive as the album was, Reznor wisely looked BACK at his musical heroes for inspiration and where better than one of its originators, Peter “Sleazy” Christopherson. Sleazy’s CV reads like a blueprint for Reznor’s musical ideologies: Throbbing Gristle, Psychic TV, and of course, Coil. The latter, comprising Sleazy, Danny Hyde and Jhonn Balance, were a group like no other. One of the most influential acts ever, yet one that flew under the radar of many music lovers. Their music defies categorization as they could flit between deep, free-form jazz, drone and alt-blues. Reznor even took the title for his side project How to Destroy Angels from an early Coil release.

So, in the nineties, Reznor sent over the original multi-tracks and DATS to Christopherson and Hyde for them to remix and create anything they so wished. Creating their bits separately, and with Jhonn Balance, they reconvened and merged what they had created together to create the five songs that make up this album.

Opening the album is Gave Up (Open My Eyes), a swirling choir of despair. Reznor’s vocal is pushed up front with all others blurring and merging underneath. Eventually, a techno-shuffle enters and sounds pan from left to right. Like all of Coil’s music it’s the subtle touches that add dynamics and emotions to a song with little stabs and sounds flitting in and around your head.

After this we have a remix of one of the most famous and loved NIN songs, Closer. Renamed Closer (Unrecalled), Coil strips away the original’s funk-ish swagger and replaces it with a menacing stalker stroll. The song is slowed down and left to breathe, whilst vocals repeat lines over and over with different effects adding to a sense of unease. It’s only after three minutes that we get the original opening lyric and when the drums come in they hit hard. It’s with this percussion that the real improvements to the song are noticed – they’re hard but measured, heavy but spacious. There’s a reason this song was used on the opening credits for David Finch’s excellent thriller, Seven.

The Downward Spiral (A Gilded Sickness) is the centerpiece of the album and deserves its place as it’s a sheer masterclass in atmosphere and dynamics. The song takes the original’s despair and magnifies it ten-fold. The song hypnotizes as it swirls and swirls, pulling the listener in until you feel the need to gasp for air. The sounds of flies buzz from left to right as enticing and frightening vocals whisper and howl. A song that gets into the mind and stays with you long after the album has finished.

Closing the album are two versions of Eraser. The first, Eraser (Reduction), is a bleak, avant-garde, unrelenting, hellish track with backward music adding a sense of decay and rapid disintegration. The “help me” refrain from the original stands as a mantra for the entire song. A gorgeous slice of mania.

After which we get the second Eraser remix. (Baby Alarm Remix) is much more physical than its cerebral counterpoint. Added rhythms and percussive elements add an industrial feel as Reznor hovers throughout, coming in and out of focus. This is music as brutal force, an almost marching, invading song, a gloriously exciting finale. Oh and yes, they use a baby alarm in the song to spine-chilling effect.

Recoiled is an album that at once excites and saddens. It’s a sad reminder that, with the passing of Sleazy and Balance, there won’t be any more original Coil music. However, the music here is so thrilling that it makes you rejoice in the fact that at least they did exist. It also serves as a reminder of Reznor’s genius, as even though the album is more Coil in nature, the blood, sweat and tears of Reznor’s original music is apparent throughout, making this a pure and inspired collaboration.

All words by Simon Tucker. Find his Louder Than War Archive here.