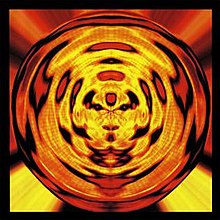 The infamous lost albums. Those releases where you get a whiff of chasing money via the reveal of unfinished works. Are these ever to be truly enjoyed? The history of recorded music is littered with poor cash ins but every now and then….every now and then you get a release that feels like it needed to be heard. You can argue about the rights and wrongs of releases such as this(and believe me when I say Coil fans love to argue about pretty much everything to do with the band) but what I am here to do is talk about the music and what deliciously seedy and gorgeous music we have here for us to enjoy.

Stolen & Contaminated Songs comes from around the same notoriously drug fueled sessions for the bands celebrated Love’s Secret Domain, an album that saw the band explore the sample heavy styles of acid house and at the risk of stirring up the wrath of Coil fans everywhere I have to admit that in the vast catalogue that is Coil, Love’s Secret Domain doesn’t rank that highly among my favourites. LSD (see what they did there?) is the one time I hear the influence of outside forces on the work of Coil whereas the rest of their work sounds like a band creating their own path. Yes you may hear hints and whispers of outside forces but they always managed to create a unique language that was pure Coil. With all this in mind I was never that keen to get to Stolen & Contaminated Songs as my thought process was if I didn’t like LSD that much then surely I would enjoy the outtakes even less…not for the first time in my life my thinking was proven to be foolish for SCS not only stands up to its sister album but for this writer surpasses it in every way.

There’s a whole Coil kaleidoscope on offer here, from the lip-smacking sensuality of Love’s Secret Domain (where John Balance lifts a lyric from Roy Orbison’s In Dreams) to the Gothic string driven romance of Original Chaostrophy, which feels like a relation to the sound the band conjured on Horse Rotorvator (see also the wonderful Who’ll Tell). Stolen & Contaminated Songs quality is actually aided by its cut and paste style as it never allows you to sit and slip into a comfortable space making it in some way one of Coil’s most disturbing and rewarding listens. Just listen to Who’ll Fall and then tell me you don’t get the chills.

Where you stand on the issue of reissuing material by artists who are no longer with us will help you decide if you invest in this album but from a pure musical point of view this reissue sounds fantastic and musically it is, for this writer anyway, one of Coil’s finest collection of songs…even their outtakes were better than most bands final releases…god they were good.