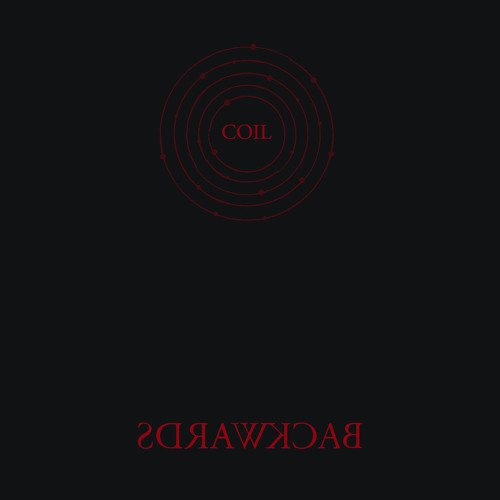 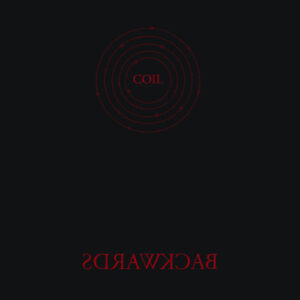 Finally getting an official and remastered release, Backwards is the mythical “lost” album from seminal experimental band Coil. Many of the tracks have appeared on compilations, bootlegs, or as reworked versions on other albums but now we get to hear the album as it was originally intended. Simon Tucker reviews:

This is the way..step inside. Walk into a world where the past is swirling through your being, where synthetic sounds mix with centuries old poetry and myths become reality. Backwards is a library of resources for us to pore over and gain much needed wisdom. What seems to be oppressive and frightening is in fact beautiful and bold. You see, no other band managed to get that (B)alance between the light and the shade better than Coil who were, for this project, Jhon Balance and Peter Christopherson with assistance by Drew McDowel. The ins and outs are not really worth picking at when it comes to this release as with all things Coil, the universe they created with their art doesn’t suit picking at the seams. If you insist on knowing something about the albums creation then visit the Cold Spring website as here we are just going to discuss the slab of recorded art that lives between the ears.

Backwards comes forwards on a bed of squelch and terror before the title track stop/starts garage riffing settles us down and in. As openings go this is ok but what appears before us next is true Coil magik as we are hypnotized by the wasp-swarm flutter of Amber Rain a tale narrated by a more confident and stronger sounding Balance than on previous releases.

This is only the beginning…

The brutal crystal slash of Fire of the Green Dragon twists the story to the nth degree before the guttural howl and knuckle-blood soil of Be Careful What You Wish For takes into Poe’s Earth.

Sleazy(‘s) disco bounces onto the stage with Moz lifting lyrics in the tale of Nature Is A Language – The Test before we transport ourselves to New Orleans with double bass soul/breakbeat hybrid Heavens Blade. A trip where, once again Balance sniper shoots us with lyrical couplets.

Quick change of pace (and dip in quality) with Copacaballa and the mutant waltz of Paint Me A Dead Soul before before before AYOR (It’s In My Blood) slashing at us kicking and screaming with pure rage and techno freakout. A disturbing trip into the mind of an addict and a piece of work that draws up those demons you thought were buried.

Final length, can it be nearly the end already? Time for the angelic voice of Balance to TRULY take centre stage as his poetic soul is laid bare for all to see and hear on the hymnal A Cold Cell and the classic Fire Of The Mind a song so perfect it makes you weep with sadness whilst smiling, contemplating your final breath whilst feeling nothing but optimism and acceptance.

Backwards is the sound of a band that we should cherish dearly. Balance and Christopherson may not be with us in the material world anymore but their work resonates through the ages.