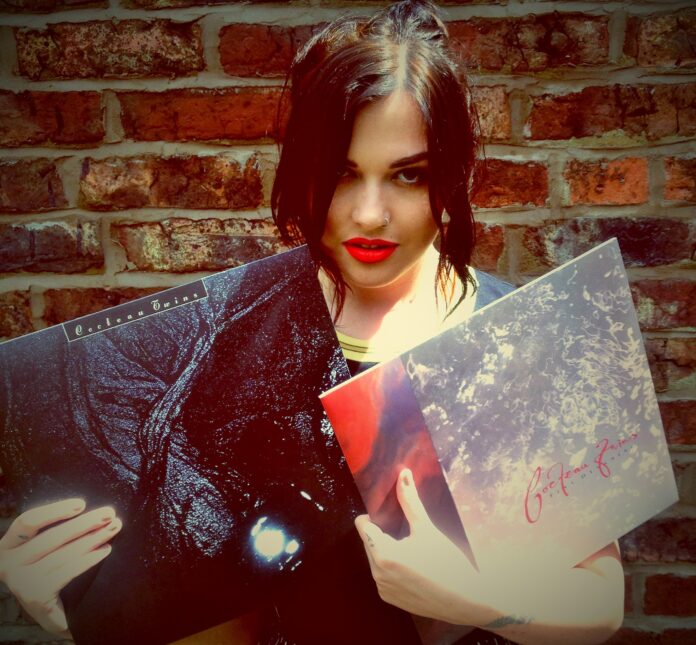 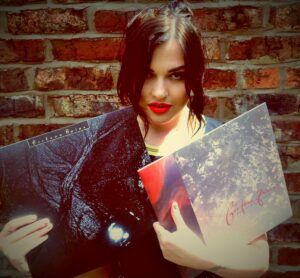 Following last year’s represses of Cocteau Twins’ Blue Bell Knoll and Heaven or Las Vegas, 4AD have now turned their attentions to a couple of a couple of the bands EPs and a long out of print album. In her debut Louder Than War article Mary Joanna Coogan tells us why these releases should be vital acquisitions for music fans.

Two wonderful Cocteau Twins albums have been re-mastered in high definition audio, transferred from the original analogue tapes and pressed onto beautifully packaged 180 gram vinyl. The albums are The Pink Opaque and two EP’s on one vinyl called Tiny Dynamine and Echoes In A Shallow Bay. For Cocteau Twins purists, the idea of changing the original production values of these albums may seem like a bad idea, but after listening to both – I can guarantee you won’t be disappointed. The improved clarity of the various instrumentation only adds to the listening experience, encouraging the listener to closely examine every individual musical idea in greater depth than before. The engineers behind this transfer clearly understood the importance of the original production value, while improving aspects of the sound, using technology that would have been unavailable at the time of the recording process. As a huge fan of Cocteau Twins myself, it gives me great pleasure to review each song from both albums.

THE SPANGLE MAKER – With scary sounding guitars, haunting melodies, relentless bass drum and Liz Fraser’s mysterious and captivating vocals, the listener is instantly fixed. The song carries you to a heart stopping explosion of dynamics. A perfect album intro, which leaves you wondering what’s next to come.

MILLIMILLENARY – The stunning vocal harmonies instantly make you fall in love with Liz’s voice, which is accompanied by sweet, swaying guitars – effortlessly combined to create this short burst of pure beauty.

WAX AND WANE – The devils interval, washy, undefined guitars and a repetitive, ghostly vocal all come together in this eerie, avant-garde song.

HITHERTO – Bellowing out big drums and dark guitars, this track pulls you in from the very beginning and shows off Liz’s phenomenal vocal abilities and range.

PEARLY-DEWDROPS’ DROPS – This stand-out track shows the bands ability to write universally accessible songs. Pearly-Dewdrop’ Drops always takes me to a very special place when I listen to it. Its catchy riffs and mesmerizingly beautiful vocals makes this song burst with emotion. A flawless finish to side 1 of “The Pink Opaque”.

FROM THE FLAGSTONES – Dripping with chorus effected guitars and a heavily reverberated snare drum, the song sounds nothing but heavenly. With unexpected modulations and a sweet yet melancholy vocal melody, this track gives you visions of psychedelic colours and glitter.

AIKEA-GUINEA – Liz’s vocal on this specific track is the most beautiful falsetto vocal I have ever heard, ever. It really sends shivers up my spine. Relatively simple, uplifting arrangements complements the powerfulness of Liz’s singing.

LORELEI – Showing a contrast in vocal style, Liz sings in and out of falsetto effortlessly. The sweet, angelic singing complements the deeper and darker vocal which comes a bit later in the track. I love the way in which the song rises and then falls.

PEPPER-TREE – Instantly, this hypnotic track serenades you with its ethereal qualities – which I almost find terrifying. Pepper-Tree definitely plays on the listener’s perception of happy and sad. I find this song the most moving of the album. The instrumentation and vocal together is so haunting.

MUSETTE AND DRUMS – An explosive dynamic, stark contrast to the previous song. This number intentionally surprises the listener, throwing you into a whirlwind of gloom and madness. A powerful ending to a breath-taking album.

PINK ORANGE RED – Slow, Moody and atmospheric, conjuring images of happy dreams and sad realities. Liz’s simply stunning vocals combined with the hit of haunting guitars in the first section of the song really make this track. A very special opener to side 1.

RIBBED AND VEINED – Sinister sounding chord progression and shrill guitar motifs, accompanied by synthesizers and overall heavy production, sends the listener back to the time when it was first recorded. An album filler but by any standard – a nice instrumental.

PLAIN TIGER – After listening to the previous track, the importance of Liz’s vocal becomes clear in this track. With floating melodies and backing vocals being sung at counterpoint, Liz’s singing transforms a basic song structure into an ever changing piece of art.

SULTITAN ITAN – Liz approaches this song with more aggression than the previous tracks, which adds a nice variation to her usual sweet falsetto. Side 1 finishes at the point of a musical climax, leaving the listener craving side two.

ECHOES IN A SHALLOW BAY

GREAT SPANGLED FRITILLARY – An unusually structured song with an unusual vocal to go with it. Liz serenades the listener with a sad, longing vocal. A song which steadily modulates in and out of different keys, sending the listener round in circles from start to finish.

MELONELLA – An intricately written song packed with variation. The band yet again demonstrate their ability to write a complex song. The instrumentation makes you feel like you’re flying, which fits perfectly with the songs stunning lyrics, which are basically all Latin words for butterflies, moths and bees, which I think is so clever and so beautiful.

PALE CLOUDED WHITE – An up-tempo, uplifting song, which is dominated by one chord, making the first chord change all the more special. The lead guitar sounds like a banshee, whilst the circular motion of Liz’s vocals and the swell of synthesisers all contribute towards this little gem.

EGGS AND THEIR SHELLS – Sounding like a songbird, Liz sings alongside jangly, delayed guitars in this atonal sounding masterpiece. This track is a flawless and ideal finish to such a wonderful album. A concrete definition of utmost beauty. I can guarantee this track will make anyone fall in love with Cocteau Twins.

Hit up the 4AD website for more info: 4ad.com.

By Mary Joanna Coogan and Stephen Evans. Mary Joanna can be found on Facebook as this is her first review for Louder Than War.