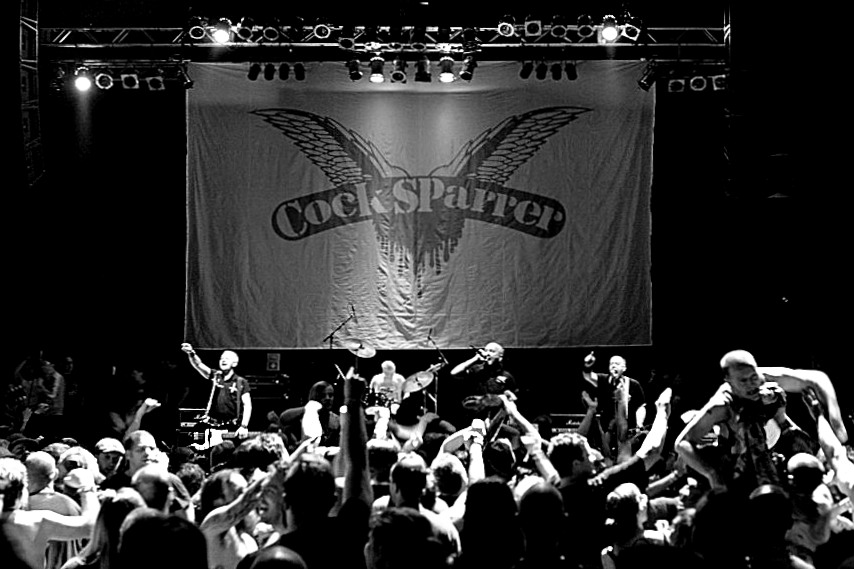 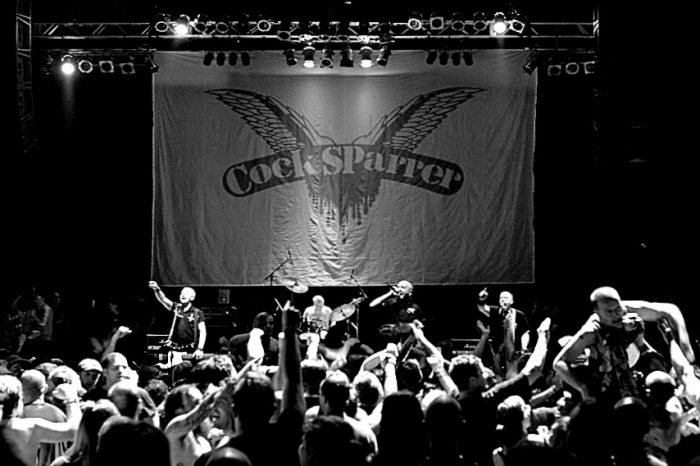 What’s it like to be old? According to Cock Sparrer and their huge crowd of punk and hardcore fans, not much different from what it’s like to be young. I first saw Cock Sparrer in 2001 as an 18-year-old at Holiday in the Sun (HITS) in Morecambe, England. At that show, there was a huge pit of teenage punks with fists in the air singing along to every song frontman, Colin McFaull, belted out. 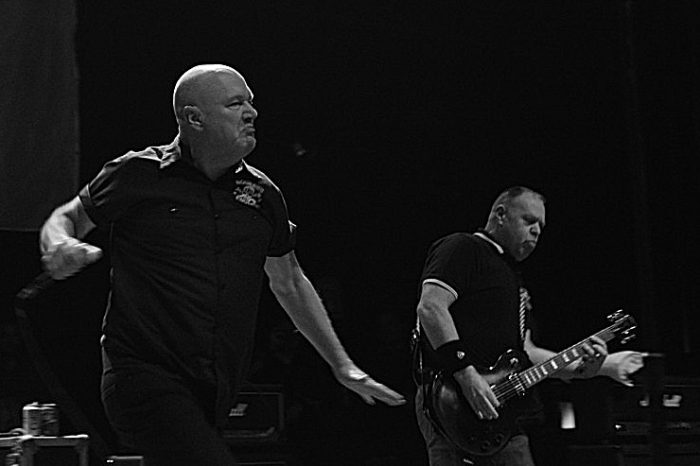 Friday night’s show at the Palladium in Worcester, Massachusetts had the same vitality of Cock Sparrer’s HITS (now Rebellion) set 16 years ago. The crowd skewed a little older (30 something’s) this time and the band has aged, but you wouldn’t have known it from the huge pit, dozens of crowd surfers, and the never-ending energy of McFaull and his bandmates.

While most of Cock Sparrer’s lyrics are politically charged and sung with an agitation, the theme for the night was friendship, centred around the lyrics to “We’re Coming Back”, the last song of the show. The only time McFaull ever stopped singing was to was to express his gratitude to the audience and the large group of family and friends standing backstage or to take a few swigs out of a bottle of Jack Daniels someone handed him about halfway through the set. 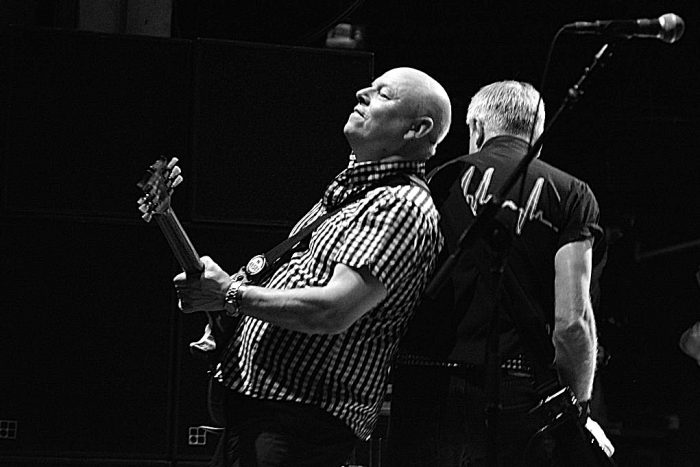 They played for what seemed like hours, starting, as they so often do, with “Riot Squad” and working their way through the most well-known songs from their first album, Cock Sparrer, to their most recent, Here We Stand. Staying true to the energy of the evening, the set ended with McFaull dismounting the stage to join the rowdy crowd in singing the last few verses of “Where are They Now” agilely dodging the limbs of crowd surfers as they tumbled over him into the arms of security. The crowd didn’t even get to start the Olé chant before the band returned for a four-song encore, when despite being just outside of Boston, the crowd sang their hearts out to “England Belongs to Me”. 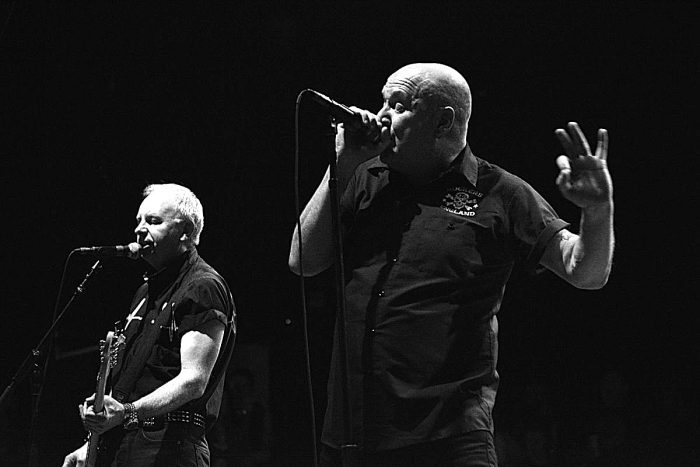 For a night, Cock Sparrer reminded many of us what it was like to be young and gave those that are still young one hell of a show to remember when they’re old.

Tickets are available from the Louder Than War Shop.