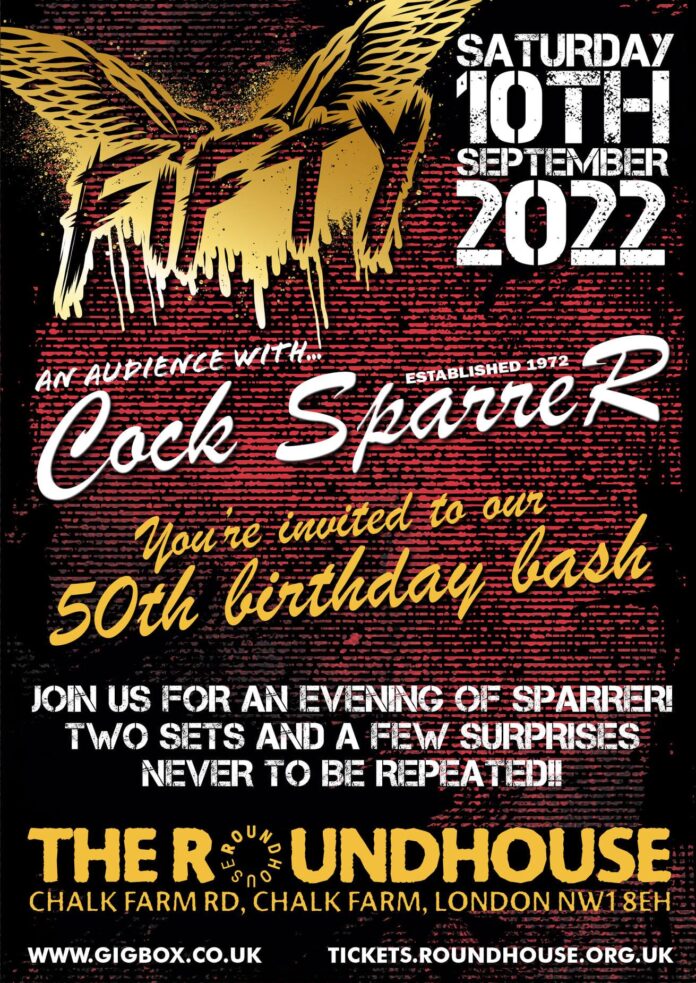 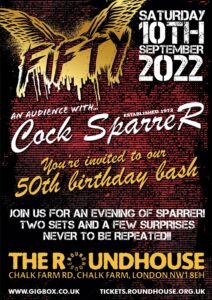 Initially formed in 1972 by Colin McFaull, Mick Beaufoy, Steve Burgess and Steve Bruce, all of which had known each other since the age of 11. Now 50 years on, the band have chosen to celebrate the milestone with a rather special concert, the band have commented:

“Next year see’s us hit 50 years of being together as a band. It only seems like yesterday that we were in Trinity’s Youth Club, East Ham playing covers badly and listening to Will DJ and get paid more than us…! But here we are with 50 years of touring, drinking, laughing and hanging out with our best mates. If you told us then that 50 years later, we’d be in the position that we are today, with the most loyal fans worldwide that know how to have a party, we’d have taken that over any gold discs or appearances on Top Of The Pops any day.”

“So we thought we’d throw you a bit of a special party!”

“This won’t be a usual Sparrer gig. We’ve got a few things planned that we’ve not done before. We’re going to be doing 2 sets and there will be a few surprises. We’ve got a year to prepare the best jolly up we’ve ever had, and we want you to be part of it.

We’re havin’ it large in London and this is a one-off show, never to be repeated, in an iconic venue that we’ve never played before.”

70% of tickets sold in the first 24 hours. THANK YOU!
See Tickets are out of their allocation. The only place to get the tickets now are via The Roundhouse or Gigbox.