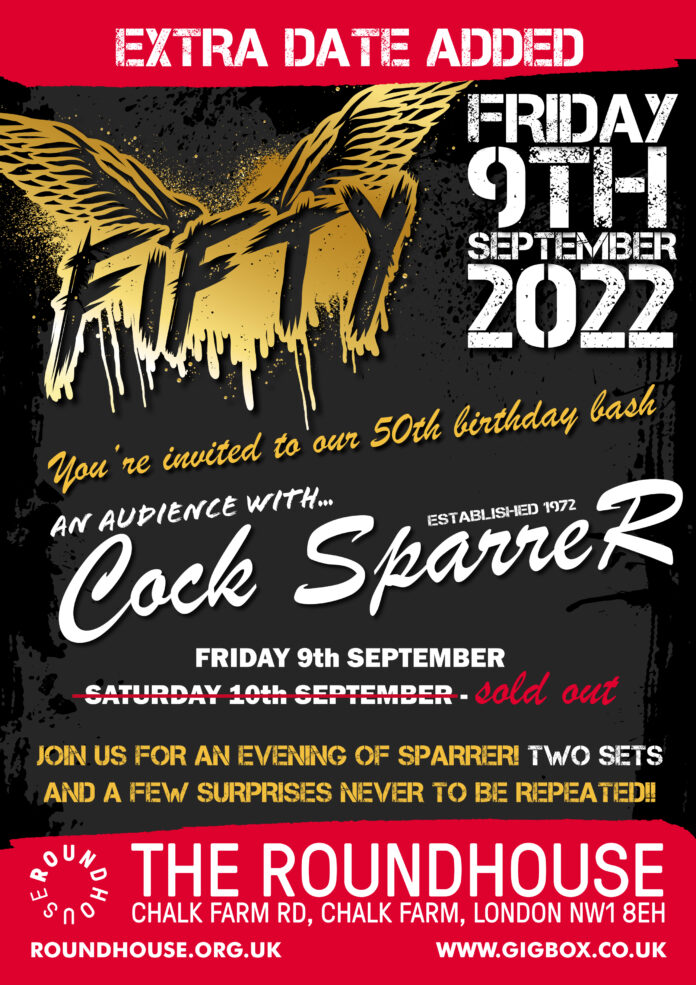 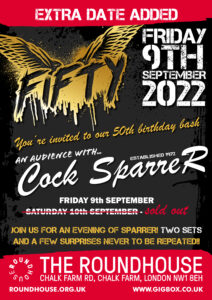 It was only a week ago that we reported that UK street punk legends Cock Sparrer had announced plans for their 50th birthday party; a rather special gig had been booked at The Roundhouse, London on Saturday 10th September 2022, with the band declaring:

“This won’t be a usual Sparrer gig. We’ve got a few things planned that we’ve not done before. We’re going to be doing 2 sets and there will be a few surprises. We’ve got a year to prepare the best jolly up we’ve ever had, and we want you to be part of it.

However, the response to the announcement was phenomenal, with 75% of the tickets going within 24hrs, and selling out in a matter of days.

As such a further, final date has been added:

The band commenting “The response to our special 50th Birthday Bash in London next year has been unbelievable. We really thought that with it being a year away and still being in a pandemic tickets would be slow to shift. But the Sparrer faithful have done us proud and we’ve SOLD OUT the Saturday in just a few days!
We’ve had loads of messages from people who either didn’t see the original post or have had to wait for payday to buy a ticket and who are obviously gutted that they missed out. So we’ve added another date to ensure that those that want to come have another chance to get a ticket. This is now a 2 day party!

“LAST CHANCE – we won’t be adding any more dates even if this one sells out in record time. We also won’t be taking this special event anywhere else. So the only chance to see what we have planned will be in London. Hopefully this extra date will mean everyone that missed out now be able to come and see this special, never to be repeated event. Please help spread the word to anyone that is not on Facebook. We’ve got a few days to let as many people know as possible as once these tickets are gone that’s it.”