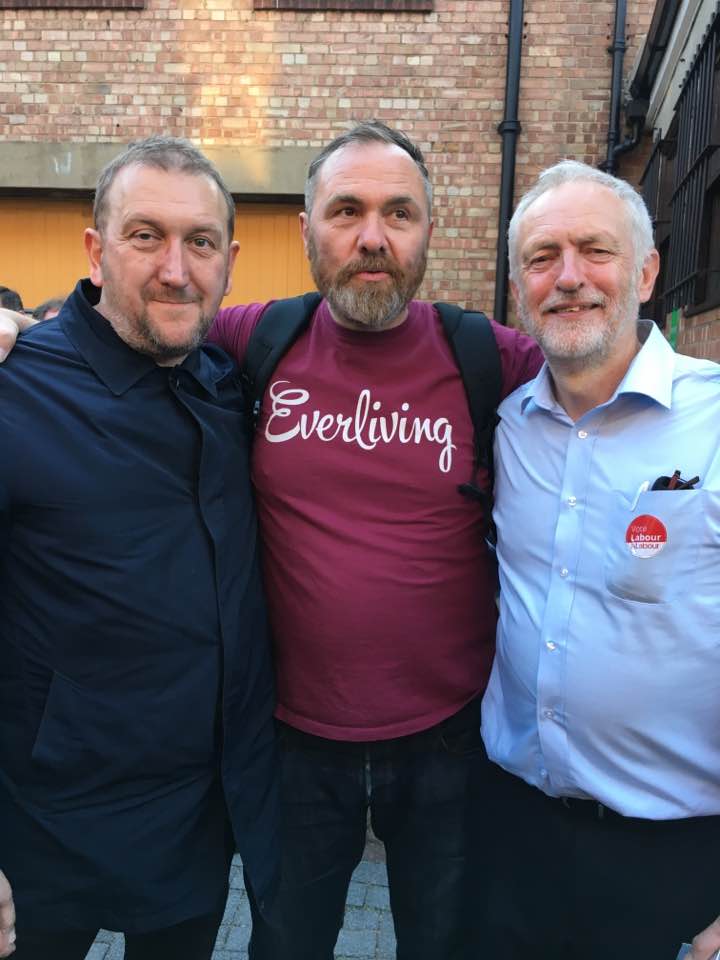 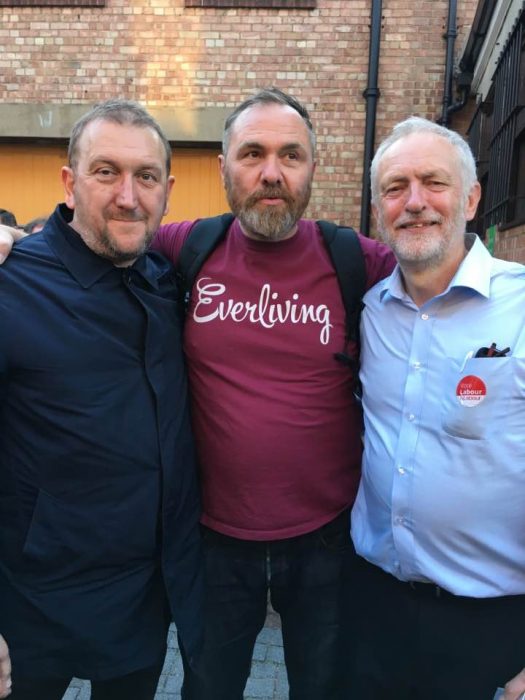 Cobby & Litten & Corbyn: For The Many EP out now!

Released on ‘Declasse’ all proceeds go direct to the Labour Party.

‘For The Many’ was only reviewed on Louder Than War days ago by Ged Babey, Cobby & Litten’s Number One cheerleader, The song has already been remixed and extended and dubbed-up , with additional ‘vocals’ from none other than Jeremy Corbyn.  Here is how it happened…

On Thursday 18th of May, Russ Litten and Steve Cobby were honoured to be invited to perform at the Jeremy Corbyn rally in Hull.

In Steve’s Shedio the following night  they cooked up ‘For The Many’.

(On Sunday it was reviewed on Louder Than War website. )

On the Monday, in Zebedee’s Yard, Hull, 4000 people sang along in the Yorkshire Sunshine.

They met Jeremy afterwards and discovered he already had the song on his phone. He asked if it could be played at forthcoming rallies. The answer was an unequivocal yes

A seed of an idea was planted.

Now, Fri 26th May 2017 this three track EP is available to purchase for just £1 with all profits going directly to The Labour Party.

“This isn’t anything as vulgar and crass as a protest song, a ‘call to arms’, a savage indictment …. it’s conversational but heartfelt idealism and belief in a chance for a better society.” – Ged Babey for Louder Than War.

Hugely proud  to be a part of this.  The new version has the feel of the Adrian Sherwood/On-U Barmy Army as well as De La Soul brass and A Certain Ratio style bass.  It’s a great piece of music. (Ged)

Check out Cobby & Littens previous work via these links

My People Come From The Sea – Album Review

Jeremy Corbyn and Friends have written this book with is available to read online.

Other Political Parties are available.