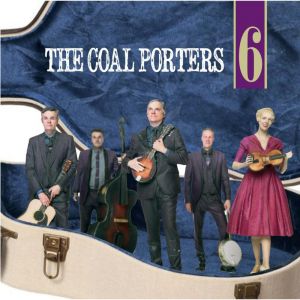 The Coal Porters: No.6

The Coal Porters are back with a new album !!! Louder Than War’s Craig Craig Chaligne reviews

Formed in Los Angeles in the early nineties, The Coal Porters were at first a continuation of Sid Griffin’s former band The Long Ryders. The band released three excellent studio albums of electric music between 1993 and 1996. By that time Sid had relocated to London and was about to start another band called Western Electric (for more info on Western Electric check our interview with Sid from last year) that unfortunately turned out be short lived. The band’s sudden inactivity combined with Sid’s renewed interest in mandolin playing (triggered by producing an album for Lindisfarne) prompted Sid and Neil Bob Herd to reactivate The Coal Porters. Now a totally acoustic band playing bluegrass, they have been touring steadily all over Europe and the USA for the past decade and are about to release their sixth album in this format simply entitled No.6.

Starting with the jaunty “The Day the Last Ramone Died” that enables Sid to pay homage to a band that had a huge influence on him as a young musician. Neil Bob Herd follows it with a tale of hardship and doom entitled “Save From The Storm”. Filled to the brim with good tunes and excellent musicianship the album sees the band try some new elements most notably on the Hispanic sounding ” The Blind Bartender” with its clever trumpet solo. The instrumental “Chopping The Garlic” penned by fiddle player Kerenza Peacock showcases the band’s virtuosity while “Salad Days” sees Griffin ponder band dynamics. The rather fantastic “Unhappy Anywhere” is a model of good songwriting, clever but simple lyrics conveying emotions in a very direct way. Combined with Kerenza’s plaintive violin this becomes a masterpiece. Kerenza’s violin works marvels again on Griffin’s “Train No 10-0-5” (soon to be selected as the official song for Southern Rail users) and she takes the lead (and the pen)  on “Play a Tune”. Neil Bob Herd returns with “The Old Style Prison Break” that would make a perfect theme song for a western if Hollywood studios still made them. Special mention has to be given to Paul Fitzgerald’s excellent banjo playing and the steady rhythm provided by Andrew Stafford’s bass. Keeping with the tradition of rearranging punk and new wave songs for a bluegrass setting, the record closes with an excellent version of  The Only Ones’s “Another Girl – Another Planet”.