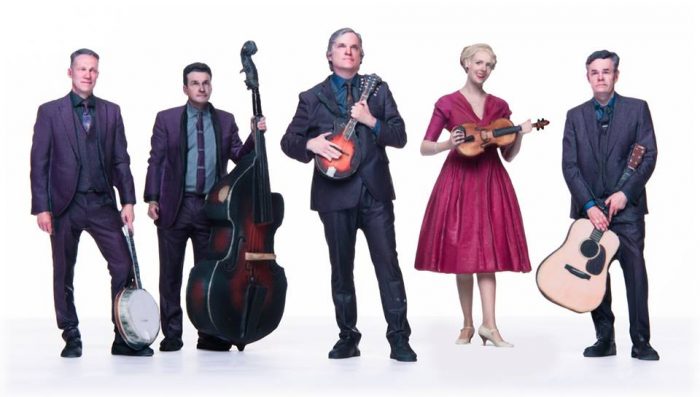 Louder Than War continues its extensive coverage of The Coal Porters latest campaign. After interviewing Sid Griffin and reviewing their new album No.6, Craig Chaligne reviews their show at The Green Note.

The Coal Porters are currently finishing their 2016 UK tour that saw them present their new album No.6 to the masses. Most of the dates were sold out and The Green Note was no exception and the cherry on the cake was the return of Fiddle player Kerenza Peacock, just back from touring the stadiums of the world with Adele. Mixing old songs with extracts from number 6, the set went down a storm with the audience of what is fast becoming the best venue in London for roots music. Opening with “Salad Days” with Sid on lead vocals we were then treated to the excellent “Barefoot On The Courthouse Lawn”. Neil Herd introduced the next number as “a folk song I found in Dundee”, after which the band launched in their own arrangement of The Average White Band classic “Pick Up The Pieces”. Another track from 2012’s “Find The One” titled “Gospel Shore” was sung by Sid who then left the mic to Neil for a great version of David Bowie’s “Heroes”, a song that you wouldn’t think would work in a bluegrass arrangement but that the band covered to perfection. The rollicking “Final Wild Son” inspired by Nick Toshes’s biography on Jerry Lee Lewis preceded a rare appearance from Kerenza on lead vocals to sing her own composition “Play A Tune”. The first closed of with two tracks from No.6 : “The Day The Last Ramone Died” and their cover of The Only Ones’s “Another Girl, Another Planet”. Banjo player Paul Fitzgerald shone on his instrument and also added some harmonica while double bass player Andrew Stafford held a solid groove.

A short instrumental started the second set after which the band aired a sizeable chunk of No.6 starting with two Neil Herd compositions, the ode to the Western genre “Old Style Prison Break” and one of the albums best songs “I Could Be Unhappy Anywhere”. Kerenza’s instrumental “Chopping the Garlic” prompted Neil to joke that some nights it went down so well that they played it seven times in a row. Sid brought out his banjo for “Train No. 10-0-5” and “Hush U Babe” and the call and response of “A Light From The Mountains” got the whole room singing.  Kerenza, Sid and Neil shared the lead vocals on “New Cut Road”, closing the main set on a high note. Choosing to finish the set in the audience, the band aired their cover of The Undertones’s “Teenage Kicks” followed by a medley of “People Get Ready”, “Tupelo Honey”, “Sexual Healing” and “Girl From The North Country”, illustrating how far you can go with just two notes.