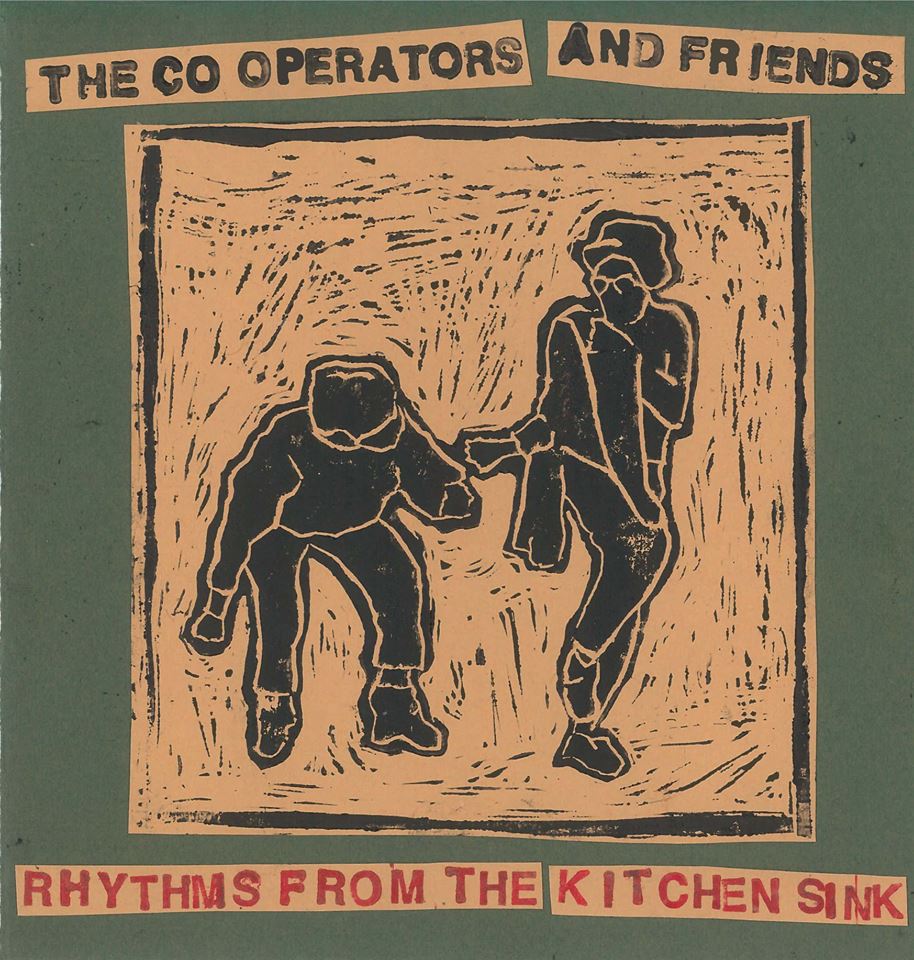 The Co-Operators And Friends – Rhythms From The Kitchen Sink 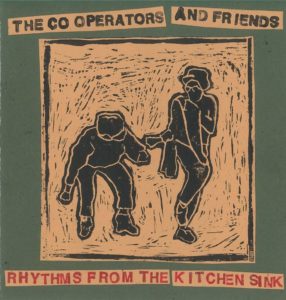 New album by the Bristol 11 piece Reggae aggregation, with a lot of Jamaican Dub, Ska and Rocksteady influences……Ian Canty gets down to the old school sound that’s been given a vital shot of youthful energy

It certainly isn’t a fluke that the Co-Operators hail from Bristol, one of the key UK strongholds in Dub Reggae culture. They seem to be on a mission to put their own 21st-century spin on the classic JA Roots/Dub sound. Less of a band in the traditional sense, more of a crack set of musicians in the Aggravators/Revolutionaries mould providing backing a selection of cool and sweetly voiced singers. It certainly works very well on new LP Rhythms From The Kitchen Sink, which has some good tunes allied to fine vocal and instrumental performances. There’s no doubt that there is a certain amount of being indebted to Jamaica’s production greats in the sound, the Co-Operators admit as much, but it is not at the expense of individuality and some of the singers have an unmistakable British twang, taking it far away from being a mere tribute.

Well, let us have a look at what’s aboard. Tonight by Joe Yorke And The Eastonian Singers opens up the LP, with a high voice and cool Roots Reggae lilt which is delightfully played too. Sounds totally authentically produced, timeless and a real steady mid-paced groover. It’s lovely and a nice way to get things started. Next follows Beanie with her only contribution The Rentman. This is much faster than the previous tune, speedy skanking with a slightly northern accented female vocal. This is upbeat and very danceable and the song has an apt message about the thieves of money and time in this life. There’s some nice guitar on this one too, cool instrumental touches abound.

Perkie follows on with the first of her two vocal cuts Skylarking. This one is more in a deeper Dub/Augustus Pablo melodica mode, sporting a tight rhythm and another good vocal here, with some great heavy-duty bass-heavy. There’s a good use of drop out, it goes nicely down to just bass and voice with some evocative blasts of melodica. From some reason it makes me think of the classic TV series Callan’s theme tune!

Joe Yorke returns with Murder At Midnight, which has a mid-paced militant Roots feel, rallying against the unfairness in modern life. Some good Woodblock action! Neat production work again helps a song with a memorable chorus. Kitma only voices one track here, a shame as I would like to have heard more. Her Wild Animal again references the Roots sound. The bass carries the load (as it should and), some nice Dub effects are utilised as well as some ace vocals. A powerful rhythm drives along this sad song about city life and its constraints on freedom. There’s some smart and subtle horn work on this track too.

As we move onto the second half of Rhythms…. the Basque Brass Thunder Band show their floating Jazz chops on The Revival. Bit of a “spy theme” Reggae sound, with fast percussion and rhythm. A cool instrumental which gives one a good view of the craftsmanship at work under the vocals. Joe Yorke scores again with Under Heavy Manners, which has a smooth and sunny mid-70s Pop Reggae feel. This one is nice because it gives the guitar some space to expand – don’t worry it’s not HM-soloing, all very tastefully done. Perkie’s second and final track Crazy Woman is another goodie. A simple piano and voice intro gives way when a tight skanking Reggae rhythm kicks in. This leads up to a sad love song of betrayal, which Perkie furnishes with a soulful and touching vocal.

Spacey Dub effects enliven Chloe Lang’s deep Roots style All My Days and Joe Yorke And The Eastonian Singers finish the LP with Judgement Tree. The organ is strongly featured on this one, endowing this high voiced sweet vocal tune a faint feeling of an updated version of ’69 Skinhead Reggae.

Certainly authentic, the Co-Operators and their cohorts here betray their obvious love of 70s Dub and Reggae, but manage to equip their efforts with songs of real feeling and character. Rhythms From The Kitchen Sink is an ultimately satisfying diversion that breathes fresh life into that Roots sound of the mid-1970s. Overall this is a very promising debut record, made by people with a real love for classic Reggae music and a feel for what made that 70s/80s era so good. It’s particularly great to see young singers and players are taking up the baton from a vital time in Reggae history and making something new from it. Well worth your support and you get some lovely sounds too.