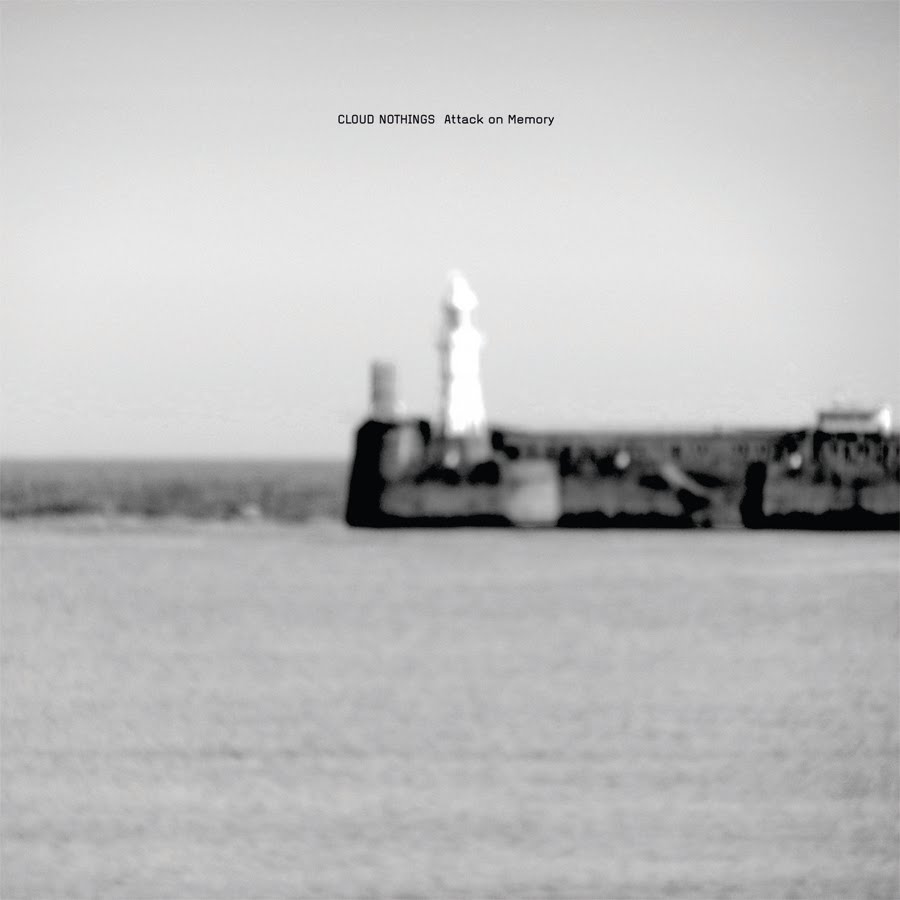 Clevleand, Ohio’s Cloud Nothings recently released Attack on Memory is one of the early albums of the year for 2012. Louder Than War’s Adrian Bloxham gave it a listen, and here’s what he thought.

It starts slowly, soft piano and tinny guitar. The bass drops in and it could be from the Seattle grunge fest or London’s post punk. The singer seems flat and desperate with delicate guitars circling and then jagging into you. The track builds and builds, the drumming hinting at explosive breaks and flat out noise but not getting there. The vocals sounding more and more raw until it does go, and then it almost seems like an anticlimax with ”ËNo Future/No Past’ repeating over and over… only it isn’t over; it’s just the start.

It goes into guitar-driven BIG songs that owe a debt to the likes of Fugazi and Big Black, without being at all derivative and lacking. The drums are loud and vital, the vocals are raw and in your face, and the bass is like a pump relentlessly pushing you forward. The guitar moves to what it needs to be, from stabbing notes to slabs of noise: it glues it all together.

The songs are self-depreciating and (and I’m unsure I’m allowed to say this anymore) bloody and emotional. When he sings “I thought that I’d be more than this” on ‘Wasted Days’ us grown-ups know what he means; that feeling that eats away at you when you lie awake at night. Pitched against the backdrop of insistent music it’s near perfect, and that music goes on and on, moving forward and drilling into your head. The album’s underlying feeling is alienation, wanting to be someone else. Not hiding in the past. Being left behind, secret feelings and plans. A return to the feelings that haunted us as teens and continue to eat away and niggle at us.

It’s produced by Steve Albini, and it shows (although according to Pitchfork his input was hindered by his online scrabble playing). It sounds like the records I used to play to death when I was in my room at my parents. There’s screaming and singing, there are rolling drums and slow build-ups. Thrashing guitars and rumbling bass lines.

If you like Albini’s peers and have a soft spot for raw, emotive songs that grab you by the throat and leave you singing along and dancing around your room, this is definitely for you.

October 11, 2012
We use cookies to ensure that we give you the best experience on our website. If you continue to use this site we will assume that you are happy with it.Ok