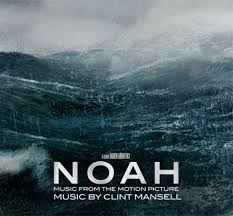 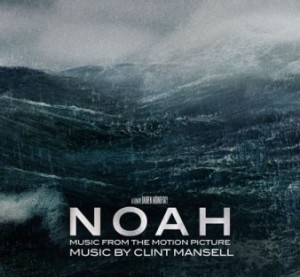 Of course Darren Aronofsky’s Noah film is an epic exercise in fire and brimstone movie making-a tidal wave of special effects and big acting and those special dynamics that makes him one of the best film makers in the world. It’s a big noisy hoo hah of a film classic drenched in rain and howling emtion that retells one of the bible’s and older books of other different religions big fables with a 21st century cloak of darkness and melancholy.

That much is a given.

One of the key parts of the film that creates the swirling, brooding atmospheric that dominates is the fantastic soundtrack from Clint Mansell. It’s yet another epic work from the former Pop Will Eat Itself man and another soundtrack for Aronofsky having already composed the music for  “Pi,” “Requiem for a Dream,” “The Fountain,” “The Wrestler” and “Black Swan.”

This time Mansell has gone full on into the emotionally powerful world of classical music with an undertow of the brooding spaces created by modern acts like Godspeed You Black Emperor, Einsturzende Neubaten and Mogwai which makes this not just a soundtrack album but a piece of work that stands up on its own with or without the film.

With what sounds like a full orchestra and orchestra, choir and the Kronos Quartet whilst Clint plays plays the Mellotron, Moog synthesizer and bass guitar in the score. For the rain swept epic of a man dealing with his demons and god and nature and all the big stuff Mansell has gone epic and the emtional space he covers is remarkable from deep sadness to tranquility to a thundering terror in a huge defining work that is biblical in every way possible.

Clint Mansell’s journey from the frontman of the so called grebo band Pop Will Eat Itslef to being one of the most respected soundtrack writers in Hollywood is one of modern musics most interesting and deserved trips. This is no hack chancing his arm in the wilds of Hollywood but one of the great filmscore writers of our times who will soon be a mainstream name like John Barry with a huge catalogue of great work behind him.

He is over in the UK in the autumn touring this stuff – these will be pretty epic shows, especially judging by this work which passes the greatest test of any film soundtrack being a piece of music that, not only stands up on its own, but sketches out the whole film in your head when you shut your eyes and listen to it without the movie with its brooding 3D power.