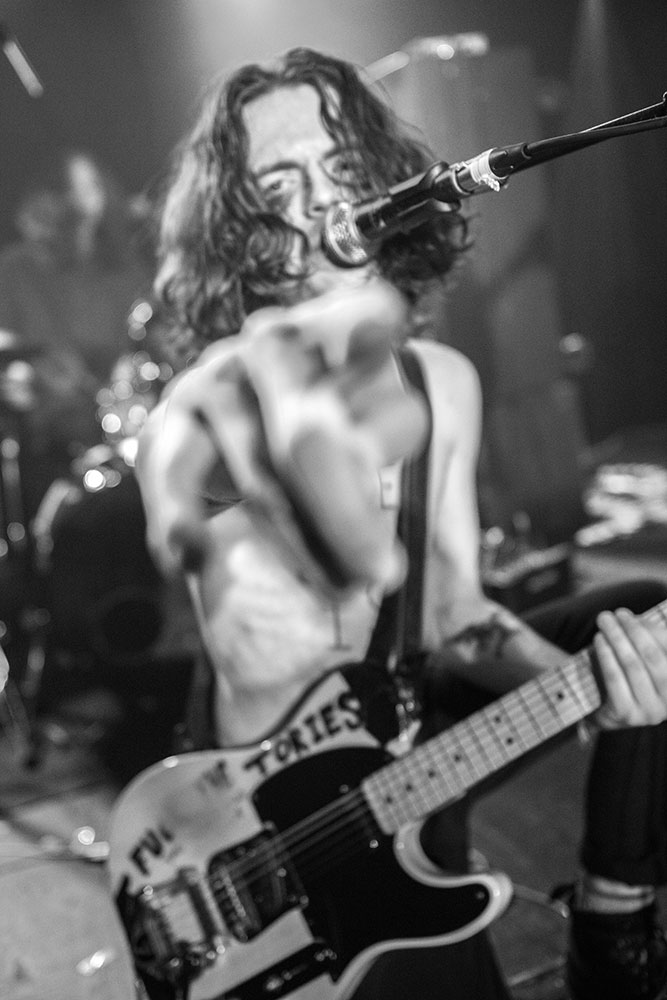 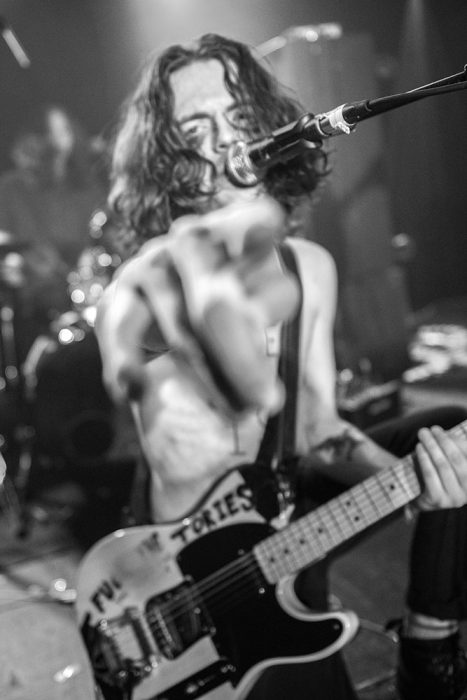 Clint Boon held his first Set2Go at Sound Control in Manchester on Sunday. The event spanned the whole day and featured performances from a wide selection of local acts and an unscheduled visit from the police. Louder Than War’s Nigel Carr and David Gleave arrived in the evening to watch the drama unfold.

Held over two floors, this mini festival was a showcase for the very best of what Manchester has to offer. Earlier in the day it featured performances from Liam McClair, Ryan Jarvis, Tourist Attractions, Maruja, Matter Of Mind, The Jade Assembly and Jess Kemp.

I arrive to see No Hot Ashes take the upstairs stage. The band have been busy polishing their act, coming on in massive leaps since we first caught them at the beginning of last year. Incorporating Grandmaster Flash’s The Message fully in to their set, contrasting their own style of frenetic twang driven funk. Jack Walsh’s pumping bass lines ever evident with Isaac Taylor blossoming in to the stage-front-never-shy-star he deserves to be. Tracks like Easy Peeler, Cool Cat and crowd favourite Smooth are delivered tight and fresh and see the front man crashing to the floor, guitar held aloft amidst the slamming, crowd surfing audience. It’s an exhilarating performance from the band whose dedicated following have packed the front of the venue! 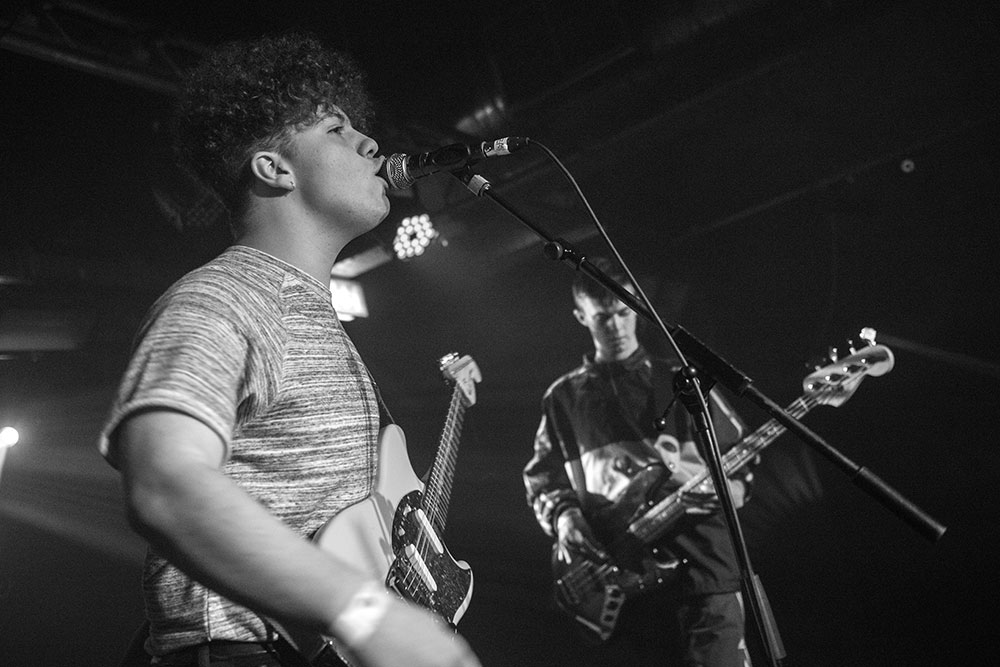 We head downstairs to watch Ist Ist cranking in to action and a flurry of expletives from front man Adam. His microphone has fallen into the crowd hitting one audience member square in the face and the recipient has responded by launching a pint directly at the singer. The band soldiers on, including an unbelievably bass heavy performance of White Swan before the bass drum goes through. Management take the opportunity to pull the band amongst growing concerns after the police and paramedics are called to deal with the earlier incident. 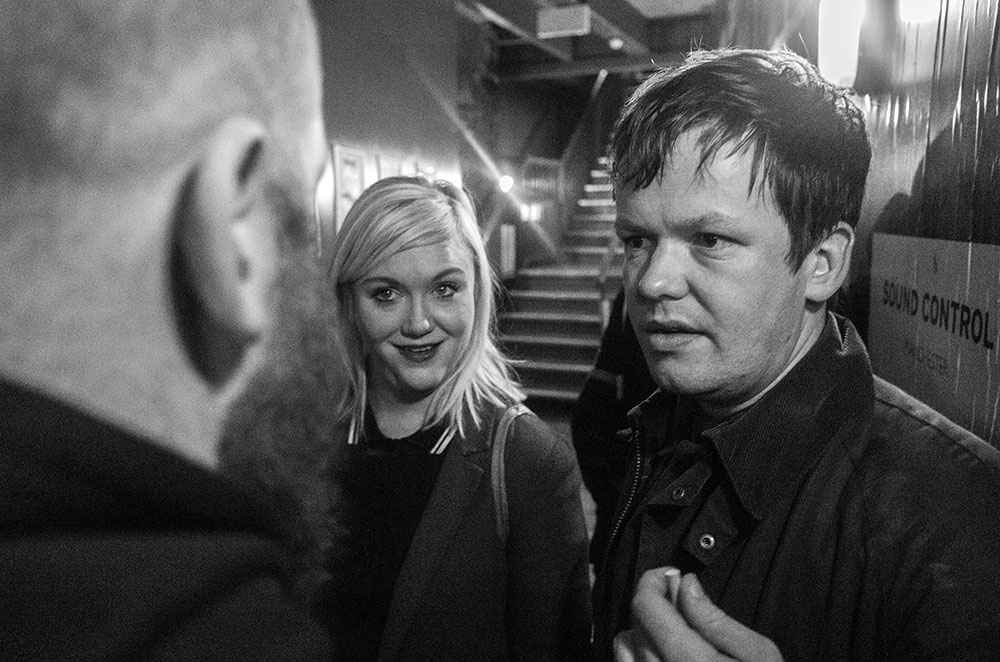 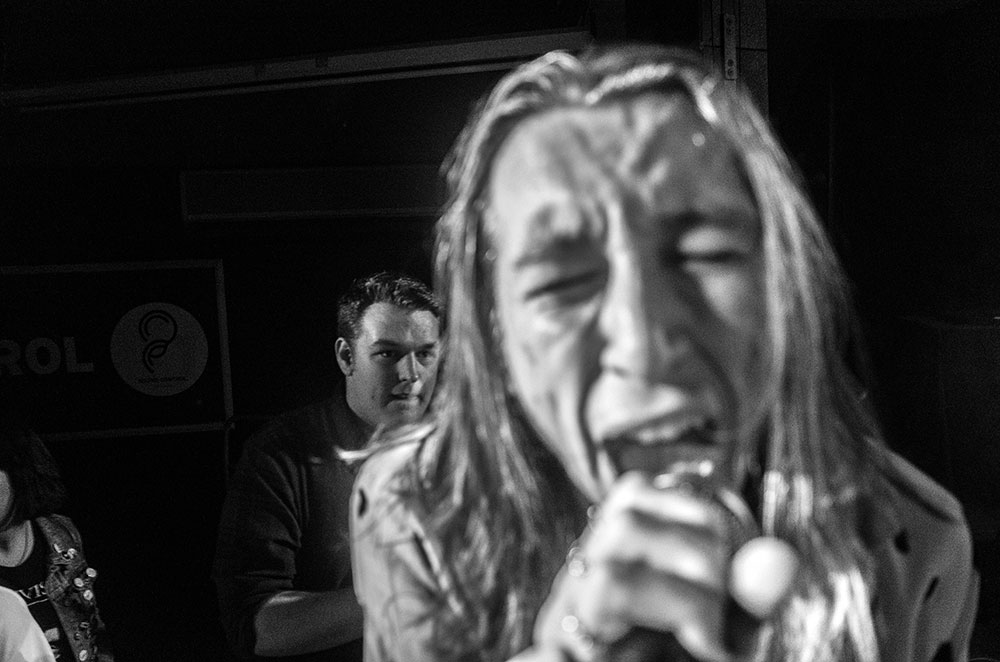 Finally it’s time for LTW favourites, The Blinders. They hit the stage to a mountain of guitar feedback before launching into their own brand of politico-punkadelic-surf-punk. Bare chested Thomas Hayword, the main protagonist, sings like a helter skeltered John Lennon. His grunted, guttural screams pirouette over these tracks, underpinned by Charlie McGough’s pounding bass lines and Matty Neale’s animal back-beat.

It’s an awe inspiring performance from the three piece, the front man, high on adrenaline as the band juggernauts through their gone in a flash thirty minute set. New single Swine, debuted as ‘Pig Fuck’ early last year, (the name sanitised for radio), careers forward like a pack of rabid dogs chasing their dark decent in to hell. ‘I need not to be the man on the street’, screams Thomas as the song explodes to a thunderous close. He smashes his guitar to the ground and storms off stage right – proper rock and roll! The audience is left breathless as the last note reverberates around the hall. Clint Boon takes centre stage. ‘That’s what fucking music’s all about, yeah?’

A fitting end to a proper day of music and apart from the little Ist Ist debarcle, which saw the lead singer being released, hopefully without charge at around 11.30pm, was a year highlight for me.

These bands represent the very best of the Manchester music scene. One that is exploding with talent – watch out for the next event from Clint and hat’s off to him and B33 for putting on such a memorable event.

All Photos on this page by David Gleave. More of Dave’s photos on Louder Than War can be found here. He’s also on Flickr and his personal website is  northernfacephoto.com.