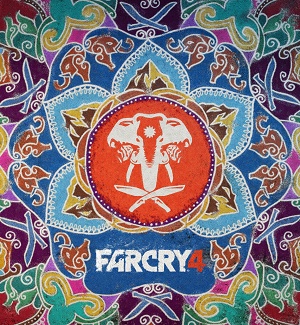 What I knew about Cliff Martinez was about equal to what I know about 21st Century gaming, which in turn can probably be written on a pin head. Gone are the days of discovering that Space Invaders could give way to something as amazing as Galaxians, and then wondering how Track And Field and The Empire Strikes Back could ever be bettered. However, I digress.

Far Cry 4 is (obviously) the fourth in the series of the franchise and from what I’ve seen continues a slightly worrying theme of ultra-violence (I’m not being boring or a prude, just stating a fact) that seems to have swept through modern day gaming. I’m no expert and fans will surely tell me why I don’t know what I’m talking about, but my limited understanding of the subject matter in the likes of Grand Theft Auto and Call Of Duty does alarm me. Anyway, I digress again.

Cliff Martinez it would appear is a well-known composer. My ignorance is shameful particularly as he has played drums with the likes of Captain Beefheart, The Dickies and Red Hot Chilli Peppers (with whom he was inducted into the Rock ‘n’ Roll Hall Of Fame for his work of their debut album) and is clearly an artist of demand.

The physical releases of the album come with extra discs which contains around forty-five minutes of additional music, that’s quite something given the strength of the music on offer. Obviously here to accompany the game, it will surely provide a powerful and evocative backdrop to the scene changes.

Far Cry 4 is the first time Martinez has made music for the gaming genre and based on this he will make much more. The tracks range from deeply atmospheric, ambient numbers to rousing powerhouses with superb percussion, and of the forty-four tracks on the cd it’s difficult to not enjoy everything. Each track is equally as impressive as a standalone and every second is precisely thought out.

It’s easy to see how the music compliments each scene from the sublime to the raucous, and Martinez clearly had an idea that he has transformed from visual to aural with perfection.

There is one huge downside to the cd, and unfortunately it’s nothing related to the music. A split second from every track appears at the end of the previous one making it sound like jumping vinyl. It’s annoying and detracting and sadly threatens to spoil the atmosphere on several moments.