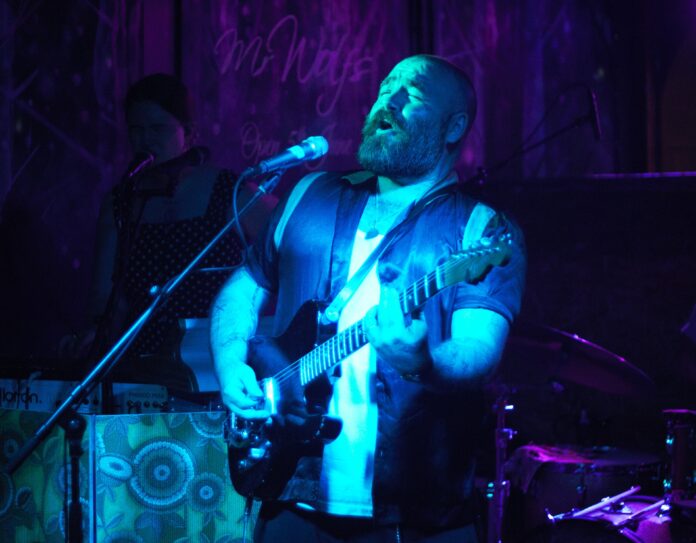 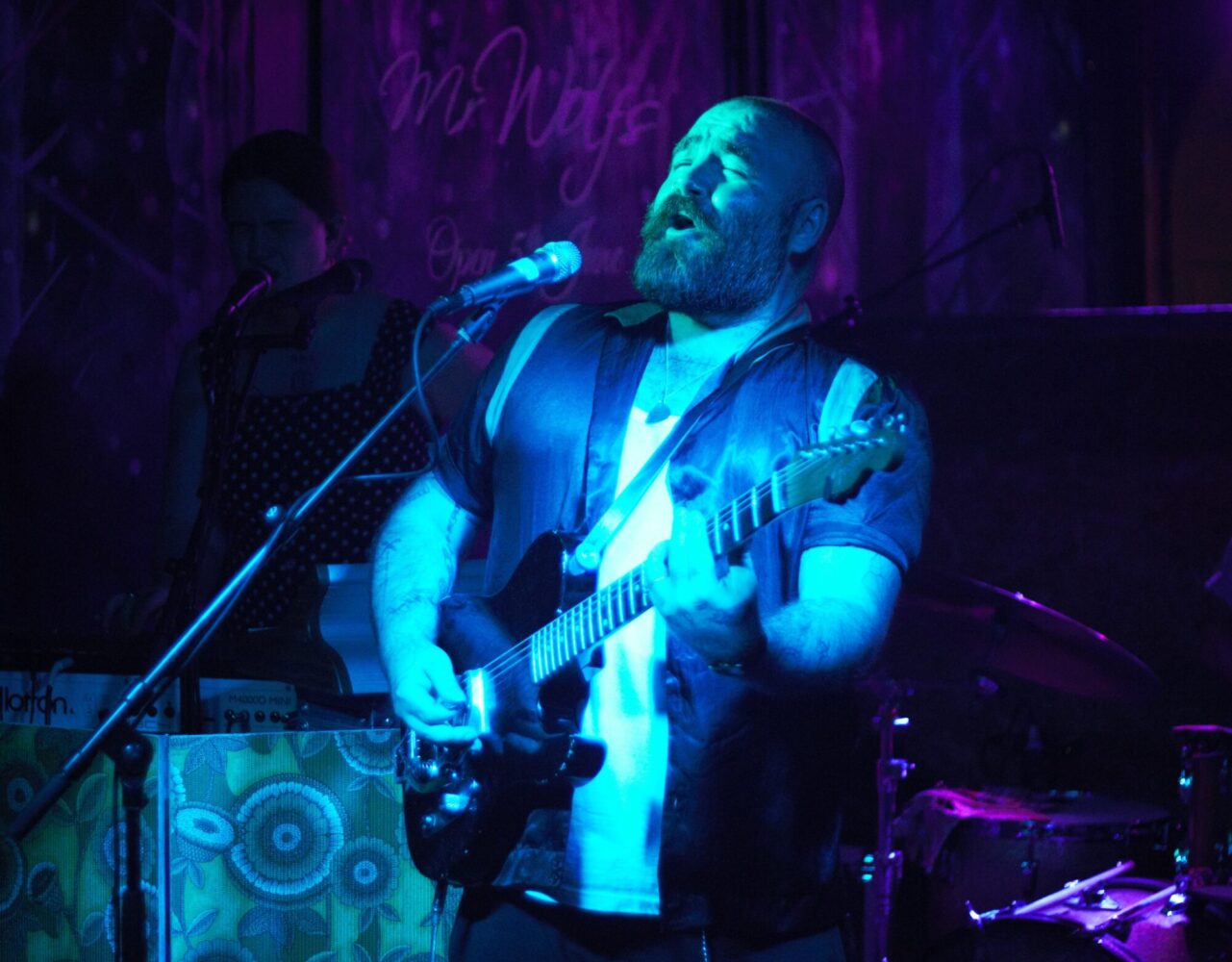 “This song’s also about me auld fella,” said Mike Halls of Clean Cut Kid in between the tracks Woman and Numb, before describing how he’d said that a few nights previously and someone genuinely assumed he was singing about his knob (rather than his father). “Yes – I did name my penis ‘Woman’ and then wrote a song about it,” he added. Within that brief episode from the show at Mr Wolf’s in sweltering, sub-tropical Bristol on Thursday night, you have two essential pillars of Clean Cut Kid. A shit-tonne of sentiment and a sharp sense of humour.

Before CCK’s set and Mike’s todger anecdote, support act, Pet Snake concluded her set of five atmospheric songs with, “Thanks for listening. I’ll be back on in twenty minutes.” That’s because Pet Snake is the solo project of Evelyn Halls, vocalist and keyboard player of Clean Cut Kid. When she thanked us for listening, she must have meant everyone except the loudmouthed table at the back. Gigs may have returned and the pandemic is supposed to have given us all a lot of time for self-reflection, but gig talkers are still out there.

We were thankful to Pet Snake in return. She was mightily composed. Not only battling against the noisy hand-dryer from the ladies’ bogs and the popping cork at the bar during Smile or Die (she smiled) but hugely composed in her songwriting. For fans of Lucy Dacus, Phoebe Bridgers or Soccer Mommy, all five songs had numerous compelling features, sometimes lyrical, sometimes vocal. Set closer and set highlight, Still Doing The Same, gave us sound advice in, “Don’t let the days slip away/ Waiting for someone to change,” and gave us plenty to look forward to when these songs come out on an EP later in the year. Keep a watchful eye on Pet Snake.

For Clean Cut Kid, this has been (in many ways) the Mother’s Milk tour, despite the fact that their third album came out over a year ago now. Slowly emerging from the shadows of COVID, the songs from Mother’s Milk – True Romance, Numb, Suffering and Woman – held their own against firm favourites from Felt and Painwave. To hear Mike and Evelyn’s sweet-sounding harmonies, singing the words, “Me and my baby got a true romance,” you didn’t need any persuading about the truth of the words. The fact that Mike turned and he and Evelyn gave each other a smile as they sang the line was even sweeter.

It wasn’t all ‘get a room you two.’ The room the band needed most was one with a powerful shower in it (I believe they’re called ‘bathrooms’). The seated audience were beneficiaries of the fine air conditioning system at Mr Wolf’s. Clean Cut Kid seemed to be in the one place not covered by its wondrous and merciful scope. Undeterred, Mike bounced through much of the set like he was competing for Sweatland at the Guitar Olympics.

We Used To Be In Love, Felt and Vitamin C took us back to their most effervescent pop from Felt, but Brother Of Mine and Jean (“The set’s about to get emo”) also reminded us that they’ve always been able to slow it right down. To finish, they Fleetwooded to the max, playing Emily. Generous to the extreme, Mike invited us all to sing the echoing counter-melody of “There’s a hole in your heart.” I’m not convinced that what ensued enhanced the quality of the song, but it epitomised the togetherness that Clean Cut Kid had nurtured throughout the show.

All words and photos by Jon Kean. More writing by Jon on Louder Than War can be found at his author’s archive. He tweets as @keanotherapy.