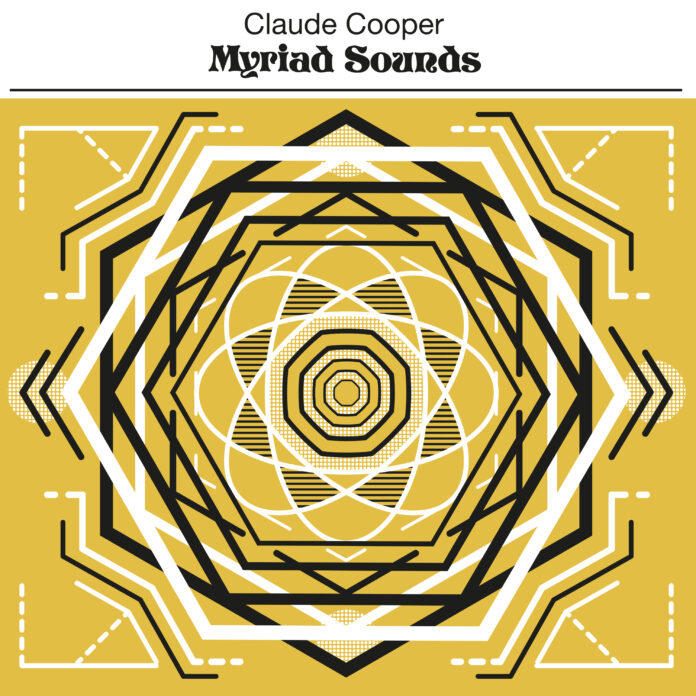 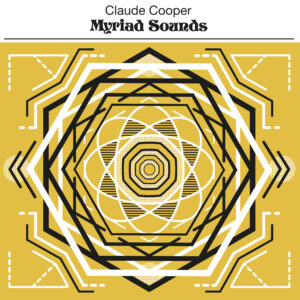 Myriad Sounds, the debut album from Bristol’s Claude Cooper, is an incredible melange of psych-funk, jazz and seventies soundtrack. It’s vital and vibrant and exactly what we need to kick start the year. Gordon Rutherford reviews for Louder Than War.

“You should listen to the following music. Through complete absorption in the sounds you lose yourself and become the music.”

So begins Claude Cooper’s debut album, Myriad Sounds. It’s quite the proclamation; exuding the confidence and boldness of someone who knows. And boy, does he know. Myriad Sounds is a labyrinth that entices you in and then proceeds to hold you captive for the following thirty-three minutes.

Throughout history, many great thinkers have described cities as living organisms. Plato and Da Vinci drew analogies of cities as human bodies, whilst Le Corbusier bemoaned the sickness of Paris as though it was an elderly aunt. It’s been a few years since I last walked Bristol’s streets, but unless it has changed dramatically, it is a city that can be described as vibrant; one that perfectly fits that epithet of living organism.

Claude Cooper is a native of Bristol and his debut album, Myriad Sounds, is the city manifest in glorious musicality. Just as the metropolis itself is a glorious melange of influences and flavours, so is this wild fusion of psych-funk, jazz, seventies soundtrack soul and trip-hop. Keeping the Bristolian vibe is the label releasing this album. It’s a fresh foray for Friendly Recordings, which is a brand-new offshoot from the locally renowned Friendly Records shop.

He is an interesting character, Mr Cooper. Unavailable for interviews, which isn’t exactly standard procedure when one has a new album to punt. Something of an enigma, very little is actually known about him. From Myriad Sounds we do learn that he is a well-connected and supreme collaborator. One would have to be in order to create such a sonic cornucopia. Whilst we know nothing of Cooper, his supporting cast are well known to us and they really are something to write home about, comprising several of Bristol’s musical royalty. Bass duties are shared between Reprazent’s Si John (on upright) and Billy Fuller of Beak on electric. Pete Judge (Get The Blessing) appears on trumpet and Jeff Hollie, who has recorded previously with Frank Zappa, guests on saxophone. Anthony (Errol) Flynn is rapier quick on the drums, noted producer Tom Wilding provides keys whilst guitar is delivered by Sean Snook (who has collaborated with Beth Gibbons, Geoff Barrow and Ben Salisbury). Completing the ensemble are pioneering flautist Nathan Flutebox Lee and cellist Nick Pascalides.

It’s quite a line up, but of all those talents, it is the upright bass of Si John that stands out for me, particularly on Cooper’s debut single, Tangerine Dreams. Since its release fourteen months ago, this track has amassed some kind of legendary status. Within days of its release, the seven-inch vinyl sensationally sold out. Many aficionados believed it to be a one-off, fearing that Cooper would disappear back into the shadows. There’s no doubt that the community who voraciously snapped up the initial pressing of Tangerine Dreams will be elated at the release of this album. As for the rest of us, we may be late to the party, but we can now lose ourselves in that heady cocktail just as those pioneers did before us back in November ’20.

The track is announced by that phat upright bass of John’s. It’s utterly unique, a supple, fluid sound that crawls underneath the surface of your skin and infiltrates your blood stream. Within moments, the drums of Flynn kick in and we are in the grip of a funk-fuelled monster. No wonder it flew off the shelves. Cooper’s second single, the gloriously wild psych-funk of Stan’s Plan has recently been receiving lots of radio airplay and deservedly so. It’s such a rhythmic beast that you will find it impossible to sit still whilst it’s grooving its way out of your speakers.

But the brilliance isn’t limited to those two singles. Myriad Sounds is a collection with so many highlights. The sultry and seductive Hardenhuish is dominated by Flynn’s hypnotic beats, whilst Bloom Fields has a rich and pulsating seventies vibe. The melody of Lee’s flute leads the way on this soulful gem. St Nick’s House takes us down a different path as the rise and fall of the melody leads us all over the shop, like the musical equivalent of Escher’s staircase. The combination of that melody with the trebley twang of Snook’s guitar evokes a spooky sixties Twilight Zone vibe.

The frenzied psych-funk workout of Magic Circle is another all action classic, with Fuller’s scuzzy and dirty electric bass driving the tune relentlessly whilst, like a faerie oblivious to the mayhem occurring all around, Lee’s flute dances in the background. What a beautiful contrast. Holy Water begins by teasing us with John’s upright bass mimicking his legendary work on Brown Paper Bag. It deviates, however, with the track morphing into something akin to a horror movie soundtrack. Nothing summons up that vintage horror vibe more effectively than a cello, therefore, it’s not surprising that Pascalides really comes into his own on this tune.

Another track that will be familiar to the faithful is the b-side of Tangerine Dreams. Two Mile Hill is a wild, frenzied piece with Judge’s trumpet fluidly switches from Morricone-esque drama to frenetic improvisation. This is accompanied by Fuller’s bass walking all over the track. Underpinning it all, quite brilliantly, is Flynn’s incessant percussion. Overall, it carries a real seventies cop show vibe, as does the following track, Mongoose. Fuller’s bass drives this time, with Hollie’s sax searing over the top. It’s a tune that is very reminiscent of Glenn Fallows and Mark Treffel’s album from last year, The Globeflower Masters Vol. 1. It also evokes something of Serge Gainsbourg. That seventies vibe is even reflected in the cover art.

Album closer, Forbidden Fruits, again showcases Hollie’s soprano sax skills. It is also the perfect illustration of what makes this album a bit special. In less than three and a half minutes it moves through a delicate form of minimalism, New Orleans jazz, Afrobeat and a crazy psych-funk workout.

Let me dwell on that point about timing. I mentioned at the top of this piece that Myriad Sounds is approximately thirty-three minutes long. Or short, because that is a brief duration for an album, particularly one comprising twelve tracks. Twelve tracks. As they say stateside, “do the math”. But I love that aspect of Myriad Sounds. It beggars belief that Claude Cooper and his band of collaborators have incredibly managed to pack so much into this really concise little package. It is almost Tardis-like in the sense that it is much bigger on the inside. Nothing is superfluous. Every single track is snackable and bite-sized and, like musical energy shots, those bursts of psych-funk-jazz act like little injections of vitality that always leave you wanting more.

When Tangerine Dreams was released, it was widely assumed to be a one-off. I imagine that those fears will resurface with the release of Myriad Sounds. Will we see or hear from the elusive Mr. Cooper ever again? Let’s hope so, because albums this good don’t come along every day.