Home Blogs Classic Singles Part One Of An Ongoing Series : THE STRANGLERS :... 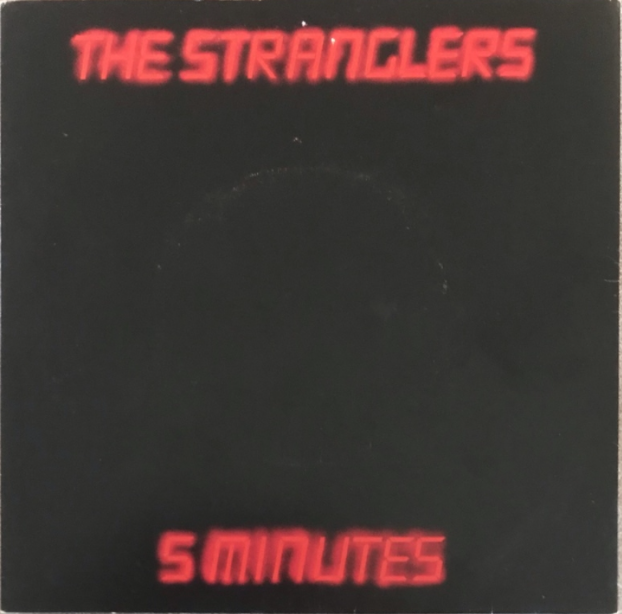 There is room for a novelty record such as Shuttup Your Face and there is room for Also Sprach Zarathrustra, Nellie The Elephant and Anarchy In The UK. This space where anything goes is the single most defining factor in my appreciation of this sprawling magnificent art form.

Let’s have a mini-history lesson, pop kids. Here’s one section of the ride. In 1975/1976 something started happening pretty well simultaneously in the UK and the US. It was a thing the rock press christened punk rock. The first punk records to my knowledge were by Pere Ubu (Final Solution) and The Ramones in the US whilst in the UK Peter Hammill had created his Rikki Nadir character and the Doctors Of Madness were building their template for change which were both building blocks for what would happen in 76.

The experts will always say that Iggy and The NY Dolls were the godfathers of punk and there is a basic truthful sonic link but Hammill and Kid Strange are always mysteriously overlooked. I was a pop kid at this crucial time and watched with great interest as the thing blossomed.

The Ramones first album sounded catchy as hell to me and I fully expected Beat On The Brat, Blitzkreig Bop and so on to be top 30 records. I expected New Rose by The Damned to be number one. It all happened slower than my fevered pop-punk brain had conjured up. However, the first Britpunk singles to enter top 50 land were Anarchy in The UK followed by Grip in late 76 and early 77 respectively.

The Stranglers were something of a punk oddity in that they had been going since 1974 and were gig hardened veterans by 77. There were elements of much older bands in what The Stranglers did. A bit of Ray Manzerak keyboards, a bit of psychedelia creeping in but punk cred defined by JJ’s vocals and Hugh’s guitar and attitude. The over-driven bass gave punk it’s go to bass sound and JJ invented that to all intents and purposes.

Older boys they may have been but thoroughly saturated into the zeitgeist, you wouldn’t want to pick a fight with them, they looked tasty. The first two albums Rattus Norvegicus and No More Heroes were always going to do well as the band’s fanbase was pretty well established by their release dates but the jukebox Stranglers emerged with Peaches and continued with No More Heroes, Something Better Change/Straighten Out – all great exciting singles, all Top Ten in the UK. It was always great watching them on TOTP because you always had the feeling they were going to do something which the BBC would take umbrage with, there was always a definite edge to their TV appearances.

Come early 78 and Five Minutes was released at the end of January. From the initial stomp of the beat accompanied by JJ’s strident DM in the video Five Minutes was a different feel altogether. It was a surging wave of rage, indignation and brutal power that echoed the lyric about a rape that had happened just five minutes away from safe upper-middle-class London.

The culprits were black guys, so certain elements of the rock press accused Burnel of racism but he was at pains to say he wanted to get “those guys” for what they did, not because they were black. London is a great melting pot of multiculturalism and it was back in the 70s so it would be churlish to suggest the band who comprised of intelligent guys would be unaware or ignorant of other cultures.

This was pure getting even stuff because the Met cops were pretty certain to conveniently ignore a situation that involved a white punk girl being abused by these guys. As far as I know the case has never been resolved.

So, taking the subject of the song away we were left with, musically, a massive sonic high point for the band. It only reached number 11 on the chart so was a “lesser” hit than it’s predecessors but even back then I felt they’d have to go some to top a song like that. Five Minutes is the closest song to pure punk – in terms of the actual sound of the record – the band ever got to. in between the layers of audio assault, there is a melody too so nothing was sacrificed in FM terms. F(requency) M(odulation) was the bland adult term for commercial but slightly challenging radio back in those days.

I have always thought if you had something to say that you thought was genuinely important you use the Trojan Horse method rather than the battering ram – although perhaps Five Minutes is an example of a band using a Trojan Horse as a battering ram.