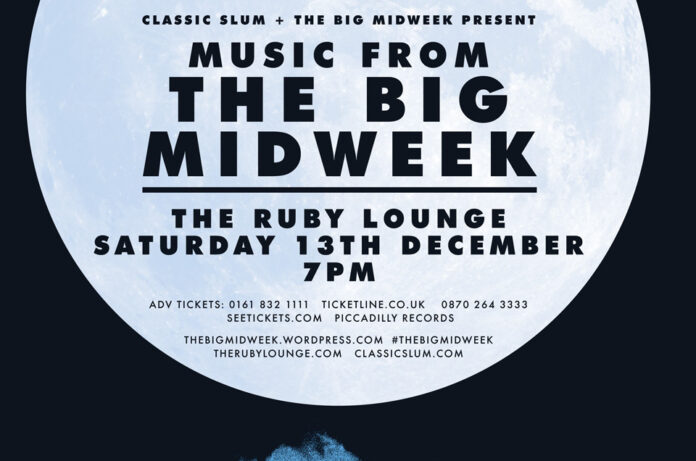 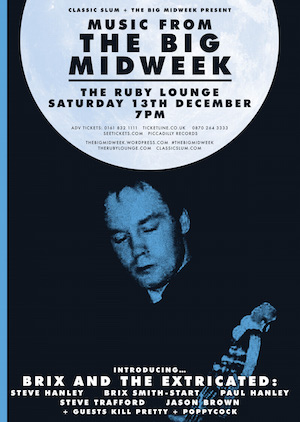 The Big Midweek was the book in which Fall bassist Steve Hanley recounted 20 years of working with the mighty Mark E. Smith. It has also acted as the catalyst for an event, “Music From The Big Midweek”, which will see classic Fall songs getting their first airing for over 20 years when Brix (Smith-Start) and The Extricated make their debut at The Ruby Lounge on 13 December.

What we’re told to expect and how the whole shebang came together was passed onto us thus:

“With ex-Fall members, featuring original Fall vixen Brix Smith-Start on guitar and vocals, powerhouse duo Steve Hanley on bass and brother Paul Hanley on drums (‘The greatest rhythm section in rock n roll’ – Luke Haines), Steve Trafford on guitar and vocals and virtuoso Jason Brown on guitar, this is a dream line up for lovers of The Fall sound.

“The catalyst for the reformation was the publication of Steve Hanley’s book The Big Midweek earlier this year, a highly praised account of his 20 years in the band.

“A lot of ex-band mates came to the book launch,” says Steve, “and there was talk afterwards of maybe doing something together again.”

“A few meetings later and soon they were rehearsing old songs and new. A planned Christmas gig for The Big Midweek provided the perfect opportunity to play live in celebration of what has been achieved so far and to create new momentum.

“When we read Steve’s book, it reminded us how well it could work and how great those songs were,” says Brix. “It feels so good to be playing again. I love playing with these guys and I’ve missed it. It’s exciting to see where we will go with this.”

This is a not-to-be-missed set will celebrate music from The Big Midweek, including Fall classics, plus new material.

Also on the bill for the evening, Una Baines will be performing with her band Poppycock, plus there’ll be a set from Kill Pretty.

The Big Midweek: Life Inside The Fall by Steve Hanley and Olivia Piekarski is published by Route and is available from all good bookshops.

A percentage of the ticket price will be donated to The Wellspring, a resource centre for homeless and disadvantaged people in Stockport.

And over the counter at Piccadilly Records, Oldham Street.