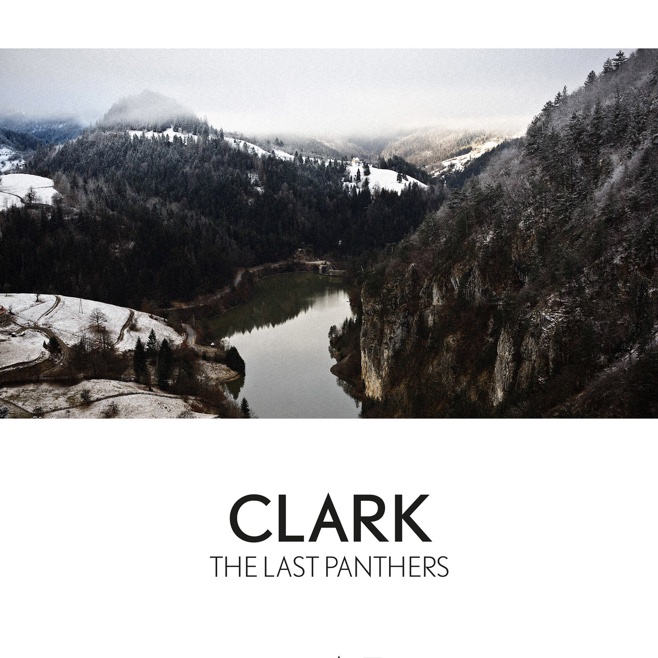 After listening back to his (roughly) sixty cues for The Last Panthers, Clark decided not to just present that to us as straight up “music from the…” instead he decided, very wisely it must be added, to edit what was there whilst adding some extra music and the finished project is not only one of the finest scores in recent memory but is also Clark’s finest hour to date.

The seemingly rapid rise of contemporary artists scoring films/TV is one of the finest twists in the history of modern music. Starting, roughly, in the sixties, over the last ten or so years more and more artists from outside the traditional film composers stable have turned their hands to soundtrack work. Bands like Mogwai  and artists such as Clint Mansell, Jon Hopkins, Ben Frost (whose work on Fortitude this album most resembles) and Mica Levi have all released fine works that sit proudly within the rest of their discography. Now it is the turn of Clark and with The Last Panthers he has created a work that is rich in mood and texture, full of nuance and atmosphere making it an incredibly rewarding listen.

Clark has, with The Last Panthers, eschewed a lot of his usual stylistic flourishes (Actual Jewels is the only track here that reminds of his previous works) and instead created a work where rhythm is not as important as the overall feel of the music. That is not to say there’s no drums on here at all, in fact there are flashes of them spread out throughout the albums running time (Brother Killer, Back To Belgrade are but two examples) but instead of being propulsive or bombastic they are utilized as pace setters often lying underneath the instrumentation not on top off them, often adding a procession pace to the track they are underpinning.

Another quality that Clark displays on this release is his mastery of light and shade. Tracks often start out as one thing before turning into something else entirely and this is done with incredible slight of hand making it nigh on impossible for the listener to even notice when this change occurred. A few fine examples of this are the tracks Cryogenic which starts as a lullaby with transcendent qualities before revealing a sensation of unease making you question the journey you have embarked upon and Diamond’s Aren’t Forever which is the first stop-you-dead-in-your-tracks moment on the album as it is a pure melancholic masterpiece that proceeds at a funeral pace before unfurling into an explosion of sound. However, it is this tracks sister piece, Diamonds Aren’t Forever II that is the true standout on the album. DAFII is a twisted slide through the esoteric that is almost jazz-like in places. The beat of the drum adds a slow death-march sensation as the instrumenation slowly starts to peck at the mind getting more and more aggressive and disturbing. The track slowly degrades into sheet-ice tension before we get a gentle respite and a plaintive piano taps out a melody adding a sense of calmness which portrays acceptance. A highlight on an album full of highlights.

The Last Panthers is Clark’s first fully realised “classic” work. It is a bold and enthralling listen that only gets better each time you listen to it. Fans of his previous work will still find plenty for them to enjoy here but with this release, Clark should see a whole new audience become avid fans.