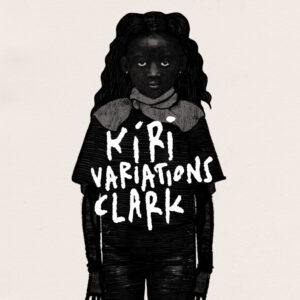 Kiri Variations is the new album from experimental electronica musician Clark. Seeing the producer turn onto a new path via medieval piano laments and gothic horror ambience this could be Clark’s most ambitious album to date. Simon Tucker reviews.

There’s something in the air right now. We seem to entering an era of reinvigorated love for the folk-horror genre. Of course with all these “sudden” movements there is a trail of breadcrumbs explaining how we came to this point. It is my belief that this resurgence starts way back with the more organic Coil albums and their contemporaries Current 93 who have been plugging away at their own very unique and stylised version of gothic folk music for many years now. Then in 2017 came the visceral Ben Wheatley film A Field In England which managed to marry Hammer with Dali creating a lysergic nightmare that is once seen never forgotten. Then you have the recent output of Clark’s peers such as Shakleton and Mark Pritchard. So why does this quite idiosyncratic of styles appeal to so many? why do electronica musicians in particular feel the draw towards its blood-tinged light?

For Clark the story begins with a commission to score the Euros Lyn directed TV program ‘Kiri’. The creation of his score sparked in Clark a new thirst for fresh approaches to his writing and production methods. Not only does Clark utilise more acoustic instrumentation than ever before but he has allowed himself a sense of playfulness to enter his work making Kiri Variations as equally smile inducing as it is unsettling. It is an also an album that Clark himself describes as “skeletal” but to believe that this means a lack of detail would be foolish for what emerges is an album that uses space within the notes to allow you your own vivid thoughts and emotions…and make no mistake this is an emotional listen.

Go listen to Tobi Thwarted where the melancholic piano motif circles around you gathering up more and more deeply-held secrets allowing them to swirl upwards to the forefront of your mind. Strings emerge exactly when they should emerge building up the beauty and creating a framework for deep contemplation.

Listen to Forebode Knocker but do so either with the lights on or with a strong sense of safety. A zombie groove slowly paces around another one of Clark’s repeated piano motifs (the DNA of an original electronica musician will never fully disappear regardless of what style they chose to investigate). Creepy but also tongue in cheek Forebode Knocker has the power to create those nervous giggles that you produce when trying to convince yourself you’re not really that scared.

Listen to Cannibal Homecoming which manages to sound equal parts Bjork and Radiohead. A track that once again displays Clark’s skills at balancing the gorgeous with the disturbing.

Kiri Variations is fever dream of an album. All hidden doors and unexpected turns. It is an album that allows notes to hang in the air like a mysterious chilly breeze. It creates the same emotional responses as when you watch a well crafted horror film. That feeling of being alive as you jump, laugh, scream, cower and rejoice. Atmospheric to the nth degree, Clark has once again created his own world and it is well worth your time walking around its streets.