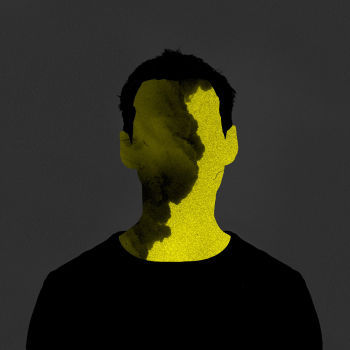 Chris Clark has been steadily growing in stature and prominence for a while now, creating music that can at once testing, yet anthemic and after delivering one of the best albums of ’14, he now presents us with Flame Rave, a four track EP that sees him dig deep into the back catalog of electronic music which feels familiar in tone but adventurous in texture.
Opener (and lead single) Silver Sun welcomes you in with some intriguing off-kilter synth before an infectious snap drum track aligns the mind and starts you trucking along. Slowly but sternly Silver Sun builds and builds patiently before swerving sharply into an early 90’s breakbeat / jungle rhythm. A good choice of opener, Silver Sun represents a marker being laid down stating that this EP is unashamedly retrospective.

To Live And Die In Grantham follows and this is where Flame Rave really explodes into life. An atmospheric sci-fi techno slammer, TLADIG is chock full of heavy claustrophobia with precise nuanced flourishes adding an almost filmic feeling to proceedings. The highly emotive last section is designed beautifully to lift arms and faces to the ceiling, reaching inside to pull out the listeners heart. By its very nature this track is destined to be a club classic. If it’s not I’ll eat my 12-10s
Clark shifts his focus from the dancefloor to the post-party settle down next with Springtime Linn which lurched and swathes into life adding a sense of tension and psychosis to the mix. Vocals are introduced but are chopped up and distorted never settling down. A decent song but you feel that this type of electronica has been done better by other artists like Actress or Tim Hecker
Luckily, Clark then buries us further under and with far greater effect with closer Unfurl Cremated a track that celebrates drone and heavy ambience. Layers are built and built until you reach a level of almost unbearable white noise before a choral of celestial harmony is introduced adding an intense beauty which also acts as a bridge between human and machine. Some light breaking through the storm.

Flame Rave acts as encyclopaedia whilst signposting the future. There are a few weak moments on here but in To Live And Die In Grantham and Unfurl Cremated, Clark has written two tracks that easily stand proud alongside the celebrated classics of the past 20+ years.