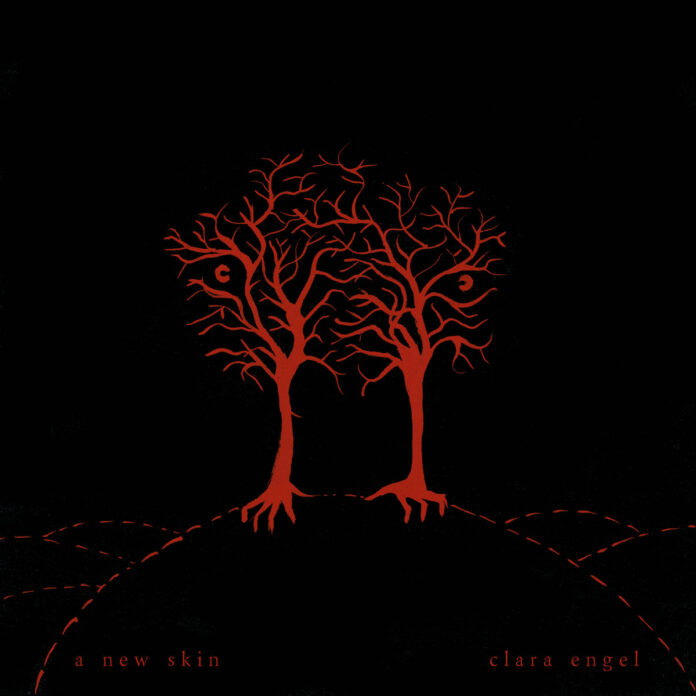 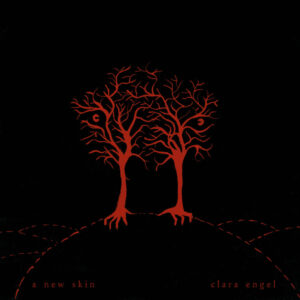 Andy Brown waits until it’s dark outside, dons his headphones and immerses himself in A New Skin; the latest album from Clara Engel. He shares his thoughts for Louder Than War.

With the end of the year finally in sight, it seems like the perfect time to pause and take a breath. 2020 has been the kind of year most of us will be happy to see the back of, gazing hopefully towards the welcoming glow of the new year and hoping it isn’t the light of an oncoming train. The desire for a fresh, new start feels particularly pertinent. Into this breach steps Toronto-based singer-songwriter Clara Engel with the subtle, transformative beauty of A New Skin.

Engel has already made a huge impact on my year, having released the breath-taking Hatching Under The Stars back in early April. A wide-eyed wonder through the cosmos sprinkled with harp, clarinet, glockenspiel, lap steel and violin. It is, without a shadow of a doubt, the most beautiful album I’ve heard all year. A New Skin finds Engel stripping away the extra-instrumentation and guest-musicians to create a fantastically intimate home recording. Eight deeply atmospheric songs built around cigar box guitar, electric guitar, melodica and harmonica. Engel’s sublime voice and evocative poetry guiding us through the dark.

We’re lowered gradually into Engel’s distinctly nocturnal world with the graceful melancholy of A Starry Eyed Goat. A gently strummed guitar and a strange, ethereal melodica punctuate the darkness as Engel sings of a glowing goat, “munching on heavenly grass”. Many of the themes explored on Hatching Under The Stars resurface here with nature, the night time, fire and transformation oozing through the pores of A New Skin. The difference being that the songs sparse arrangements emphasise a sense of quiet contemplation and isolation. Themes I’m sure we’ve all become quite familiar with this year.

The Garden Is Sleeping acts as a mediative lullaby, a haunted hymnal positioned somewhere between “stardust and flesh”. The images are abstract yet profound; slow-burning existential blues. The mesmerising mood continues with the celestial folk of Little Alien Lost. Referencing both William Blake and Jim Jarmusch (two of Engel’s early influences) the track quietly aches with uncertain hope, “loving’s a gamble/ an overripe miracle/ it’s a little alien lost in the woods”. Remarking, as the great Mark Linkous once did, that it’s a sad and beautiful world.

Gossamer Knives creates dreamlike, ambient textures; a woozy, calming and blissful composition. The whole idea of a stripped-back album may summon images of an MTV unplugged style recording yet Engel creates something far more subtle, textured and otherworldly. The stunning Night Tide very nearly brought me to tears the other night as Engel pined through the tender melody, “Are you coming home? The queen of the underworld wants to know”. It’s a song that manages to capture the isolation many of us have felt this year; delivered with beauty, sincerity and hope.

When Engel sings about “a world turned upside down” on Thieves it could be drawing on any number of personal experiences yet the words seem to carry a particular relevance in 2020. Like much of the album, there’s a strange comfort to be found in these lonesome melodies. The album moves at a slow, near-glacial pace; every song given room to breathe and bloom in its own time. On Nightingale Wings drifts in with eerie, ghostly grace as Engel calmly sings, “I’m just waiting for the wind to change/ for new eyes to see/ wild dogs feast on nightingale wings/ everybody needs to eat”. It’s a real shiver up the spine kind of moment; there’s magic at work here.

The near 9 minutes of soul-searching that make up the title track seem to pass in half that time, a gorgeous slow-release that holds me captive throughout. The solace and catharsis offered by music itself honoured in the songs final words, “come sing with me/ in the end there is no sweeter release”. The song fades and I’m left gobsmacked; Clara Engel has somehow managed to release two of the most beautiful albums I’ve heard all year. Like all of Engel’s work, A New Skin requires your close and undivided attention. Put aside some time and immerse yourself, you won’t be disappointed. Engel’s latest album has proved to be the ideal companion to the last couple of weeks of a long, strange year. Time to take a deep breath and grow into some new skin.

Buy the album from Bandcamp here.

Read my review of Hatching Under The Stars here.