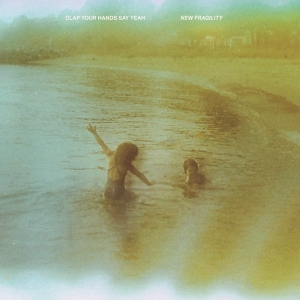 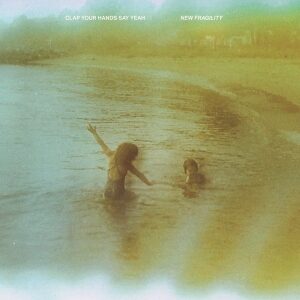 Alec Ounsworth – aka Clap Your Hands Say Yeah – is that the stage of his career and life where after a tough three years he is ready to write candidly about the big issues – depression, maturity whatever that is, divorce and the lockdown.

But unusually for Ounsworth as well as the usual rich palate of sound and sophisticated arrangements he has introduced some politics into the mix.  That’s to his credit as too many American artists have virtually ignored the orange fascist and the dangerous new GOP he has nurtured. He sets his stall out with opener, Hesitating Nation, railing against apathy and rampant consumerism that is running the environment and puts the Biden administration on notice that they need to repair a system he thinks is failing.

The furious Thousand Oaks was written in response to yet another mass shooting in California and was inspired by watching a harrowing interview with one of the victim’s mothers. The angry chords capture his fury as he virtually screams, ‘it’s just another nightmare/the slaughter of the children.’ Anyone hearing this primal tirade must be forced to consider whether the second amendment covers assault rifles.

It’s not all CNN as the title track is a beautifully drawn and fragile reflection on first love going wrong told from the perspective of an adolescent who naively says he ‘never wants to take another chance on anyone’. Equally raw is Innocent Weight as the first time in 15 years Ounsworth deploys a string quartet as a distorted guitar plays against as he tries to understand what he did wrong after a relationship went south.

Ounsworth is an inventive composer even using a plinky-plonky toy piano on Mirror Song as he thinks about the dichotomy of being on stage every night in front of adoring fans and still feeling empty, a pretty self-indulgent sentiment that fans returning to their 9 to 5 jobs won’t have very much sympathy with.

In another life, Ounsworth was an anthropology student in Mexico and Where they Perform Miracles has echoes of On The Beach period Neil Young, The only really upbeat song is the synth-led third single CHYSY,2005 exploring the idea of home.

All Clap Your Hands Say Yeah records are to some degree interesting, but this feels like a work that will stand the test of time because as well reflecting on a messed up system, Ounsworth offers much more of the personal that he has ever done before.