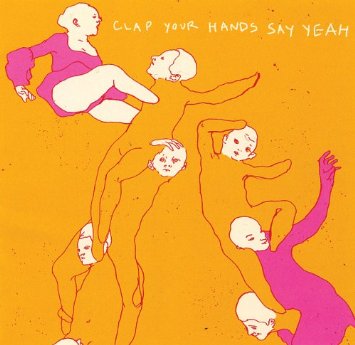 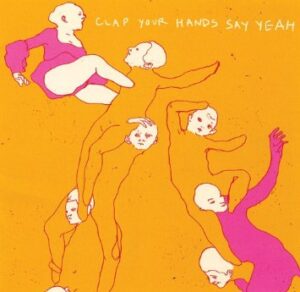 Unimaginably it’s been 10 years since Philadelphians Clap Your Hands Say Yeah (CYHSY) released their eponymous debut. A Guileless world generated through a multi-coloured assortment box of cool indiepop melodies and bleary, distortion bitten edge; the perfect collision of the sagacious and the juvenile. Such was their seismic impact across both verges of the pond, in 2005 – the year that was overshadowed as much by its security risks as the impending shadow of Gordon Brown – this album became a breakaway from the humdrum and grief. Celebrating this the revamped four piece have brought the album back to life and back on the road; tonight’s show a significant sold-out stint at New York City’s Bowery Ballroom.

The space itself is a low-key theatre; much in the same guise as a New York sister bar to Manchester’s Deaf Institute or The Ritz. As you walk up the hidden steps around the cool, beatnik bar, the archaic – almost primary school assembly hall – opens. Following the steps at the side of the room takes you up to a conventional, new wave jazz lounge setting; dotted, candlelit tables accompanied by a backed stools, it towers above the stage ahead. Outside, the venue is just a speck. A tiny shrub within a vast forest. But there is its allure. Unheard of by the majority. Worshipped by the hipsters.

Supporting the indie troop across their worldwide were Wilmington, DE group Teen Men. Teen Men are less band, more film project. The eclectic Vampire Weekend meets Beaty Heart punching lines of guitar produced a jamboree inspired undertone throughout their set that ambushed the group’s diverse projections; the electro splicing through ‘All Rushing Back’ moulding against the jerking vitality of the guitar warmed to the outlandish Japanese dancers on screen; the math rock, reminiscent rumbles of ‘Hidden Records’ that evoked seeds of Hot Chip and Glass Animals; ‘Adventure Kids’ tribal sequence beating. This alternative quartet are exactly what support acts should be. Fun, frisky and fresh. Their clever use of the visuals through ‘Township’ – front-man Nick Krill fornicating with his shadow – and ‘The Sea, The Sea’ – a man is tossed across an ocean by keys players Albert Birney and Catharine Maloney as fellow guitarist Joe Hobson looks on – will stay for a lifetime.

Following on through the infectious indietronica ambience that had settled through the Ballroom, CYHSY opened with a full run through of their inaugural release. Perhaps it was the effervescent aura that resolutely exudes through an American crowd. Maybe because all of the room’s teenage dreams had finally been played out before them. Whatever it was. It felt good. From the megaphone shouted ‘Clap Your Hands’ through to ‘Upon This Tidal Wave of Young Blood’s insatiable yearning to be transported back to an early 80s Morrissey cloakroom, the quartet’s crisp tone was unshakable.

At the crux of most CYHSY compositions stands a warped jitteriness that evolves through funfair sounds and twisted distortion. ‘Over and Over (Lost and Found)’ – the descending sequenced line kindling all manner of wintry nuances fuses with the clipped guitar, front-man Alex Ounsworth’s vocals remain so distinctively indistinct that the sounds he produced on occasion happen to form words, phrases routinely shouted back – ‘Heavy Metal’ – built on a diet of furious Long Blondes and The Rakes, real British grit, it becomes an anthem of understated brutality – and ‘Is This Love?’ – the personification of the jangly indie roots they come from, it becomes a shivering pulp of vacant imagery as reams of controlled chaos ensues – built a vivacious landscape for the room to gyrate through. The dirty, subterranean club anthem ‘The Skin of My Yellow Country Teeth’ the room’s chantable highlight.

As ever there is more to CYHSY than two chords, a hook savvy synth and a chant. There is maturation. Shown here through their ‘Other Favourites’ section. Their next three album demonstrated a darker path, away from the bubblegum world their audience had become accustomed to. Were they too scared of this path? Probably. ‘Satan Said Dance’, a track taken straight from the hardened era they wished they were from, it represented a true evolution as their keyboardist wildly stabbed his pad like Mozart on crack, and ‘Coming Down’ cemented this.

Throughout time some may not remember this album. Their loss. `within that room, 400 people won’t. And most likely their children too. CYHSY probably aren’t going anywhere. Can’t wait for 2025.

All words by Clive K Hammond. More writing by Clive on Louder Than War can be found at his Clive Hammond.