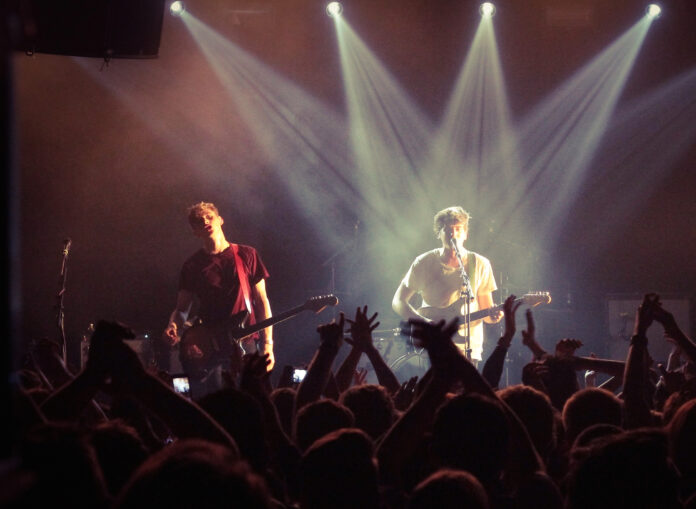 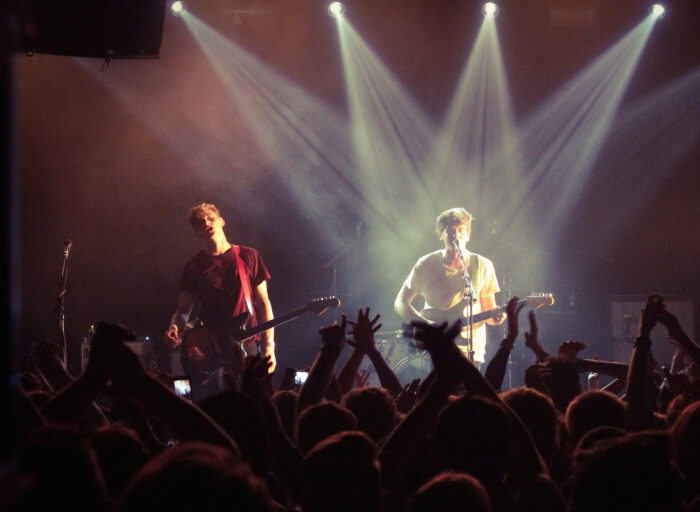 Having only been on the British indie rock scene a relatively short space of time, Circa Waves have already made a big impact on both the tour circuit and the mainstream charts.

Forming in 2013 in Liverpool the band made their mark in 2014 with a small tour and festival appearances, before releasing their debut album ‘Young Chasers’ in March 2015 with a nationwide tour to support. 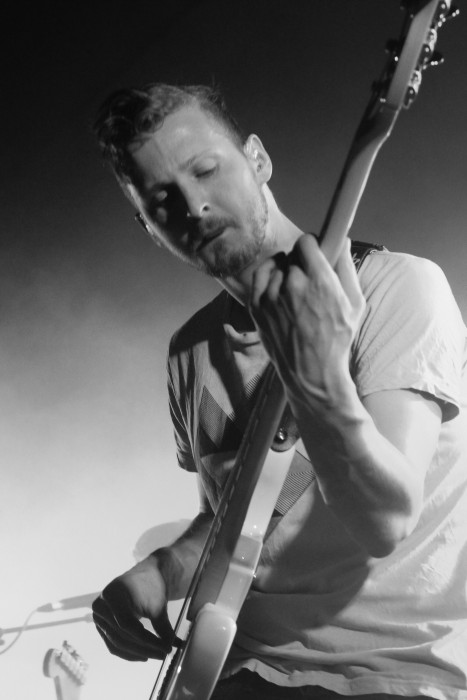 With a sound reminiscent of Wavves and The Kooks, Circa Waves packed out a hot and sweaty Rescue Rooms in Nottingham on a Monday night with a throbbing crowd. As the band bound onto the stage to their title and opening track “Young Chasers’ the energetic crowd leap and pogo their way through the entire 60 minute set. Spurred on by the energy from the band themselves as guitarists Sam Rourke and Joe Falconer excite the girls in the front row with standing on the speakers and frequently playing into the crowd, it’s clear that the band love performing live. They do so with the eagerness and commitment that a young band exudes before becoming long in the tooth, tired and complacent, something that Circa Waves could never be accused of.

As the band continue to whip up the excitement with past hit “So Long’, other surfer-indie favourites ‘100 Strangers’ and “Fossils’ also send the crowd into a veritable frenzy as mosh pits are formed and lead singer Kieran Shudall bounces about the stage with a constant smile.

Circa Waves have managed to create a set that will continue to be a hit throughout the year and bring back memories of the sun as they embark on a larger tour in the autumn. As the band close with current hit ‘ T Shirt Weather’ they hint at the promise of what summer is to bring and ensure that this song will be a soundtrack to the heat of 2015.

Future dates for the October autumn tour are: