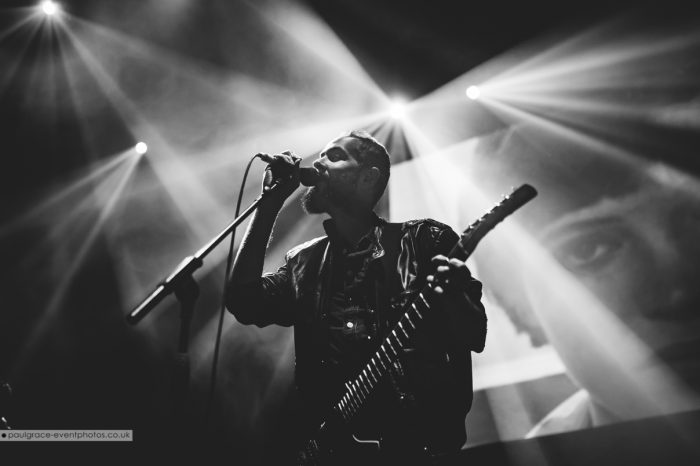 Cigarettes After Sex recently rolled into Camden’s Roundhouse on their world tour and put on a stunning show. Paul Grace reported for Louder Than War.

Cigarettes After Sex is a four piece ambient pop band originating from El Paso, Texas. The group was formed in 2008 by lead singer Greg Gonzalez and their first EP, I, was recorded in a four-storey stairway at University of Texas to which Gonzalez refers to the experience as “basically an accident, kind of an experiment”.

Aside from their EP, the band have only ever released a handful of singles and their first studio album, Cigarettes After Sex, arrived earlier this year to critical acclaim. Despite their somewhat sparse studio output, the band have still managed to accumulate a huge social media following with millions of views on YouTube.

Cigarettes After Sex are currently mid world tour and Camden’s Roundhouse is the venue that plays host to tonight’s sold out show. There’s no support but as the house lights dip just before 9pm the room is buzzing with excitement.

Tender guitar jangles and Gonzalez’s sweet vocal tease us into opening track, Sunsetz. From the off their hazy laid-back sound hooks us in with effects heavy strings and a compelling androgynous voice, both of which sit on a bed of gorgeous evolving melodies. The perfect soundtrack perhaps to a haunting film noir, and just like an opium induced dream, the effect is both thrilling and addictive. Gonzalez has previously cited the band’s influences as Cowboy Junkies, Cocteau Twins and Julee Cruise, subtle elements of which are definitely there but I can also hear suggestions of Velvet Underground as well as Mazzy Star. 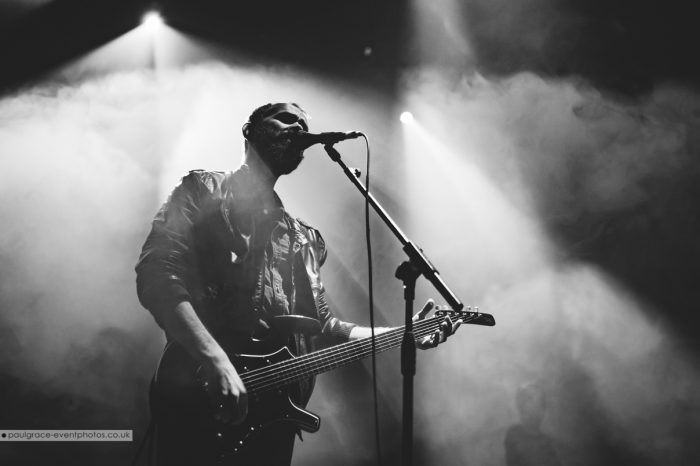 Above the stage a large screen projects ghostly monochrome images depicting female portraits which heightens the spooky vibe. Such is the intimacy and warmth of the atmosphere that, at times, it feels like the performance is taking place in a smokey late night Parisian bar with just a handful of guests. Gonzalez is a man of few words but does tell us he’s excited to play the Roundhouse, their biggest London show to date.

Highlights include K and John Wayne and a cover of REO Speedwagon’s Keep On Loving You gets re-worked and re-owned in the unique Cigarettes style. A haunting version of Apocalypse brings the show to a close and the room is full of wide eyed fans, myself included, in disbelief of the beauty we’ve just experienced.

Quite simply a stunning show and an experience I will treasure. On record they’re amazing but seeing Cigarettes After Sex perform live is simply breathtaking.