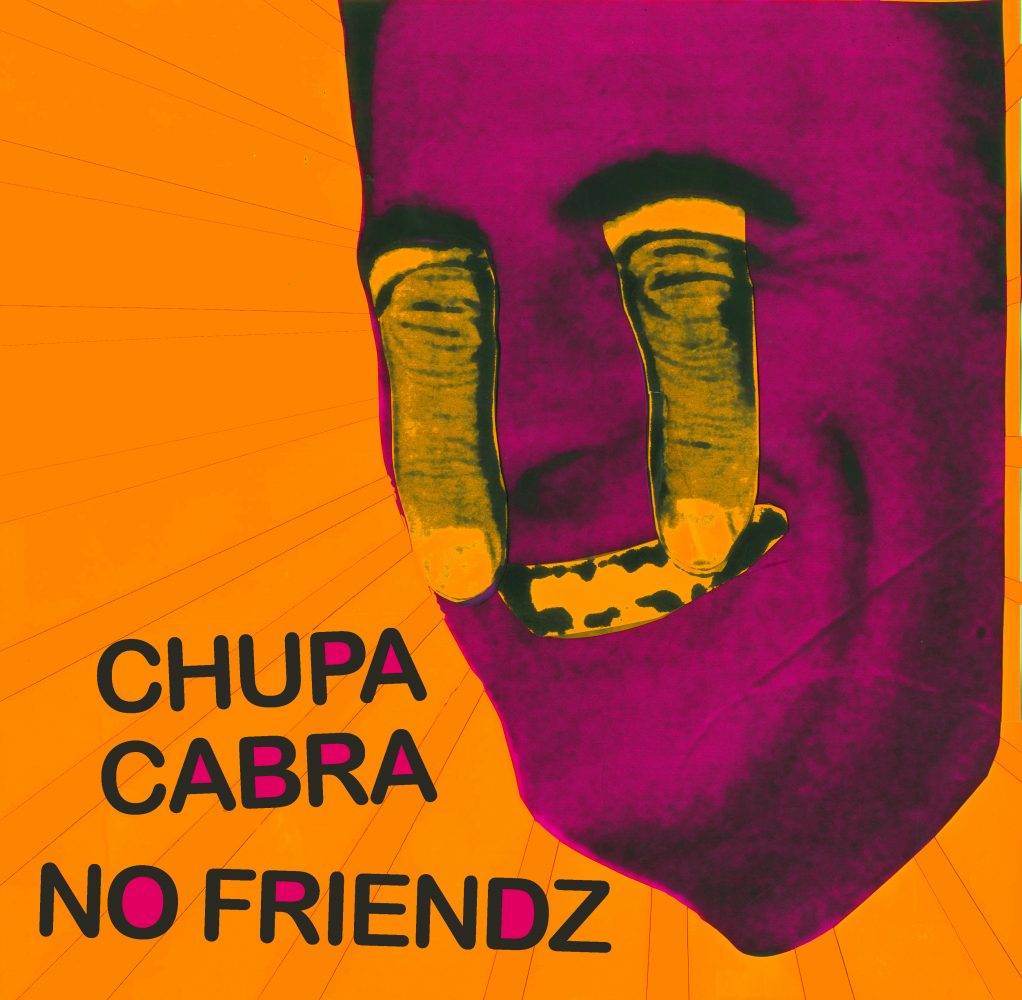 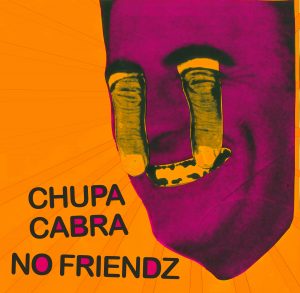 Trashmouth Records announce a split album from bands Chupa Cabra and No Friendz.

Leading on from the recent release of taster tracks in December, the new split album from Chupa Cabra from Deeside, North Wales and No Friendz who hail from St Neot’s,  is set for release on 2 March. For those new to these exciting emerging talents, they have a shared sexual ambiguity and dirty rock and roll sensibilities.

Chupa Cabra have a sharper more brutal punk feel to their music, describing themselves as: “One generation or another’s alienation, derangement and dirty washing, projected back at you through nauseating, salivating, hypnotizing, no good sucker-punch-piss-yourself polystyrene agitator blues.” Music in a gut-punching, glad-to-be-alive way; vital and full of the right sort of sinful energy.

No Friendz have a sleazier rock feel to their sound. They are messy enough for any serious hedonist hell bent on immersing themselves in a vat of seriously deranged rock and roll. Frontman Angus ‘Steakhouse’ Knight has a deadpan stare and a musical talent that has seen him guest for many of the bands in South London including Fat White Family, Meatraffle and Pit Ponies.

Together these two bands make an interesting combination, at times explosive, at times full of underplayed menace. If you love lo-fi decadence you should adore No Friendz; if sharp, incendiary punk is more your bag, Chupa Cabra are the band for you. Either way, this album is one to look out for.

Watch the video for Ballad by No Friendz here:

The iTunes preorder begins on 17 January  with taster tracks available from both bands immediately: King Leech and Venice And Mars from Chupa Cabra and Ballad and Bloody Love from No Friendz.

Find out more about Chupa Cabra and No Friendz on Facebook.