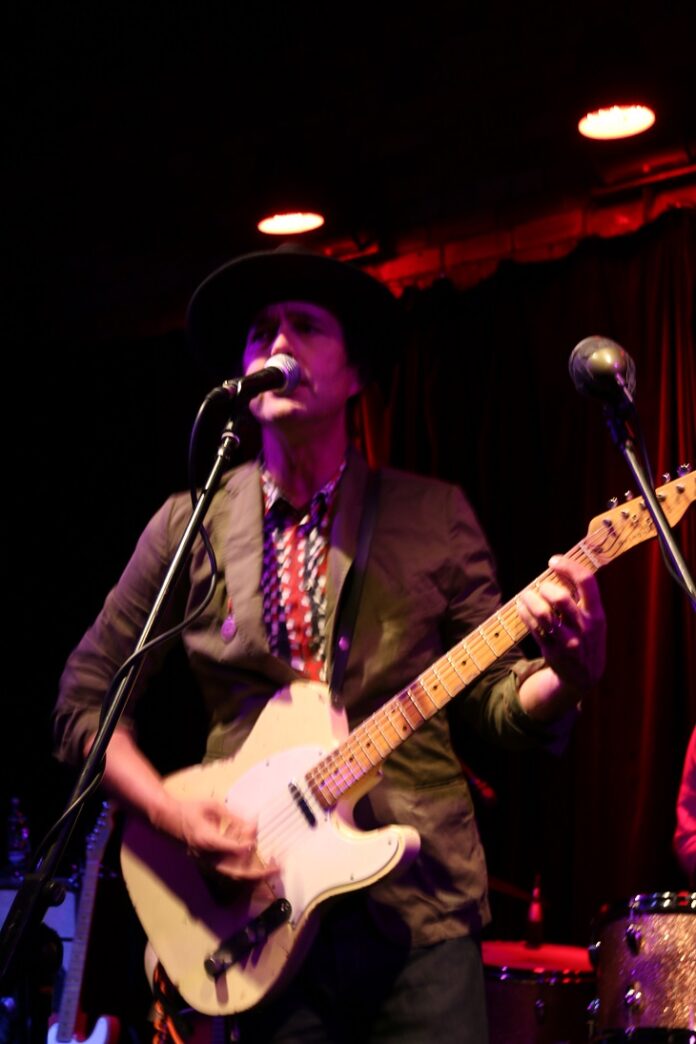 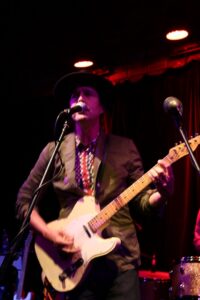 The bar-room band is a very American concept but if you wanted a classic example of that genre then Chuck Prophet and The Mission Express are it.

It might have been a rainy night in Calder Valley, but Chuck and the gang could have been playing in a honky tonk in Memphis as the good times rolled off the stage. As he himself noted Chuck has been doing this a long time, and you can’t half tell as he shoots the breeze with the audience, takes requests before firing off endless examples of quality song-writing,

It’s easy to forget in the current Americana craze that a similar movement sprang up in the 1980s which saw Chuck plying his trade in Green on Red who were the pick of that very strong crop. It might have been downhill commercially since then, but not in terms of good how his tunes are.

Chuck’s shtick is classic pop – verse, chorus, verse, tasteful guitar solo and out. Wish Me Luck, from his latest album Night Surfer, is a perfect example chugging along as middle aged men groove along semi-gracefully. Chuck fancies himself as something of a raconteur introducing newish song Ford Econoline with tales of sitting in said vehicle endlessly touring the States finding out things about band mates he shouldn’t have.

Someone shouted out ‘do the hits’ which is ironic as Chuck doesn’t have any, but he plays Just To See You Smile as a request and that should have been a big hit. Chuck is clearly on it tonight duetting with keyboardist and wife Stephanie Finch on a touching Little Girl, Little Boy.

Many back-ups band are just that, but the Mission Express are an integral part of Chuck’s work as they are E Street Band tight, and musicians of the highest quality who rampage through an epic Summertime Thing which takes us on a journey through the American dream.

Like all great artists Chuck isn’t content to rest on your laurels and the poppy Wish Me Luck from Night Surfer proves he has still got it.

When Chuck was at his commercial peak he was championed by DJ Andy Kershaw who turned up with his sister Liz to see how his old mate was doing. It was worth the trip as Chuck is as good as he ever was delivering a hugely entertaining set of carefully crafted rock and roll with total integrity.