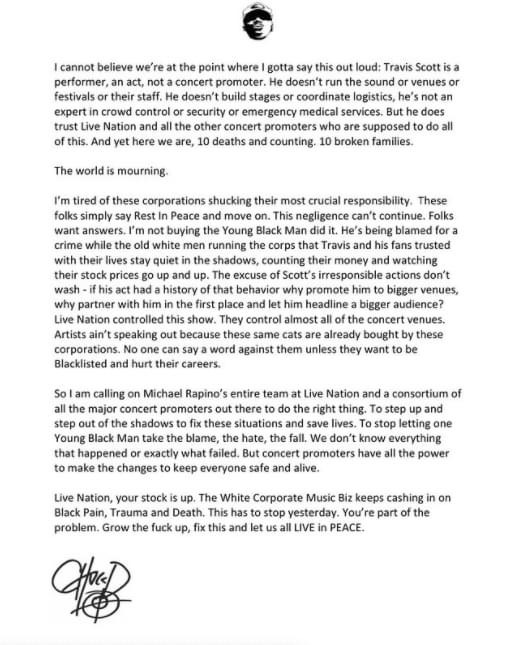 The tragic Travis Scott gig that saw the deaths of 10 fans has seen blame and law suits flying. Chuck D – the elder statesman of rap- has now weighed into the debate with a strong defence of Travis Scott who faces a huge court case. For the Public Enemy leader the blame lies with the venue and promoters and the business itself as be he says here. What do you think?